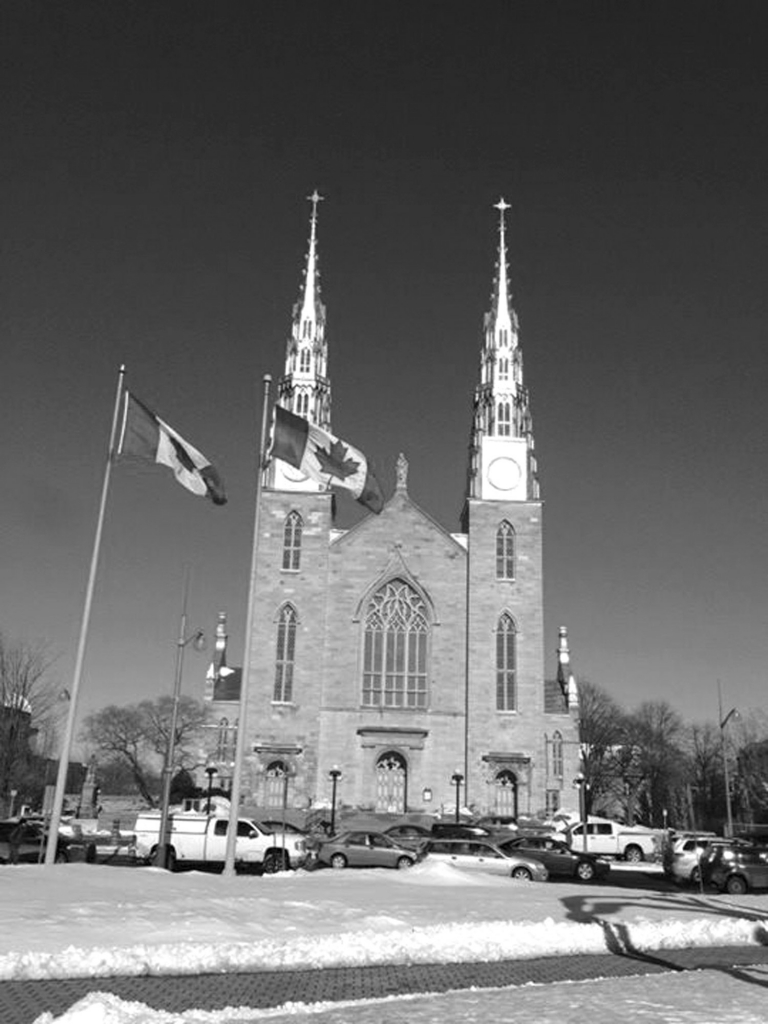 Bearskin Lake’s Zachary Beardy and 11 other KiHS (Keewaytinook Internet High School) students recently completed a once-in-a-lifetime journey to the Encounters with Canada youth forum in Ottawa.
“It was fun — we had tours around Ottawa,” Beardy said about the March break journey to Ottawa. “I went to museums, like the (Canadian) War Museum (and) the (Canadian) Museum of Civilization.”
Beardy was impressed by the headstone of Canada’s Unknown Soldier, located in Memorial Hall, during his visit to the Canadian War Museum.
“Once it’s 11-11-11, the sun would shine onto that gravestone,” Beardy said, noting the headstone is only lit by sunlight at 11 a.m. on Remembrance Day — Nov. 11.
The KiHS students, from Bearskin Lake, Deer Lake, Poplar Hill and Sachigo Lake, stayed at the Terry Fox Canadian Youth Centre throughout the week, which allowed them to meet and interact with the other Encounters with Canada youth forum participants from across the country.
Beardy enjoyed meeting the other participants.
“They were nice,” Beardy said. “(They were from) all other provinces.”
The KiHS students also toured Parliament and the National Art Gallery and took part in a lineup of unique workshops focused on various cultural dances, singing, crafting, environmental art and studying literature.
“I had so much fun and I made many friends from all over Canada,” said one unnamed participant from Deer Lake. “I had an amazing week.”
The 12 KiHS students were chaperoned by three KiHS teachers, including Rachel Yang, the Deer Lake KiHS classroom teacher.
“They had an amazing experience exploring and touring the city,” Yang said. “There were about 140 participants from across Canada for that week alone and (the KiHS students) were able to make friends from different provinces. It was really an eye-opening experience — the students learned a lot about the culture during this week because it was an art and culture week.”
A few of the KiHS students from Deer Lake and Sachigo Lake also performed a rap song on stage for the 140 Encounters with Canada youth.
“They really showed their courage and their talents,” Yang said. “I’m sure all the students who attended the trip will never forget this life-changing experience.”
Yang said the trip was a positive learning experience for the KiHS students, noting they expanded their horizons and knowledge about potential career opportunities.
“Every day it was busy, from the morning to the evening,” Yang said. “All the students really had a fun time going to all the museums and touring the Rideau Canal, the downtown of Ottawa.”
Yang said the students helped fundraise for the trip by holding community raffle draws and asking for donations.
“They really had to put in a lot of hard work into the fundraising events,” Yang said. “There are lots of ways to fundraise and the students really learned that.”
More than 97,000 youth from across Canada, aged 14-17, have taken part in the Encounters with Canada youth forum in Ottawa. About 120-148 students take part during each week of the school year, which allowed them to they discover their country through each other, learn about Canadian institutions, meet famous and accomplished Canadians, explore exciting career options and develop their civic leadership skills.