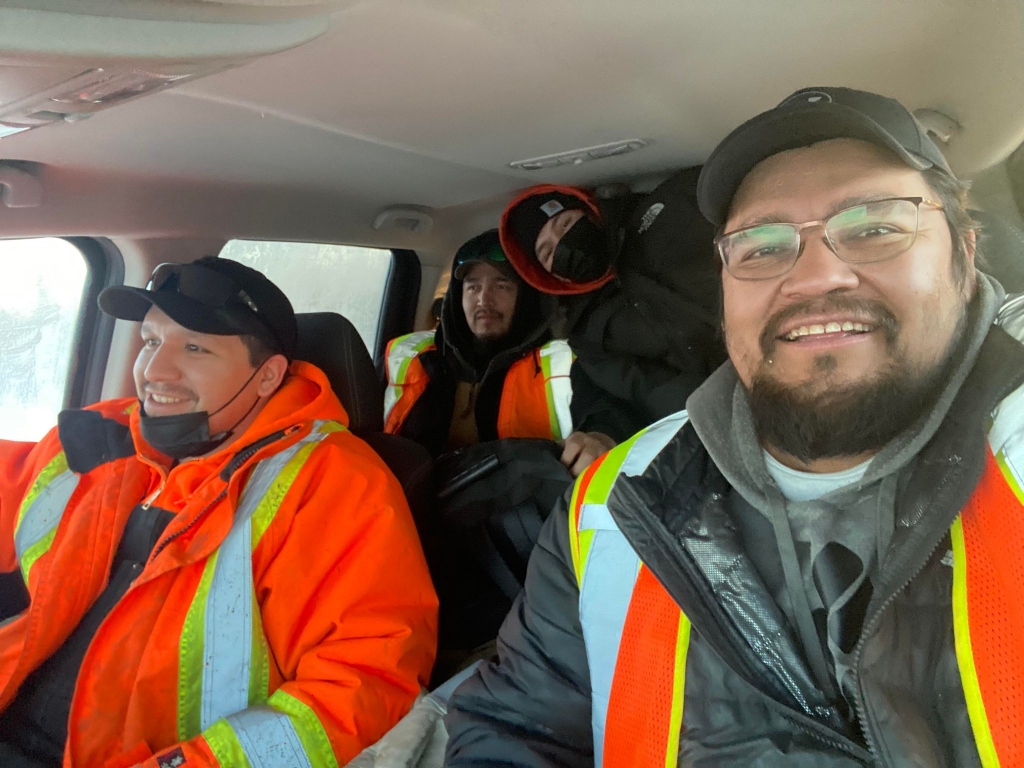 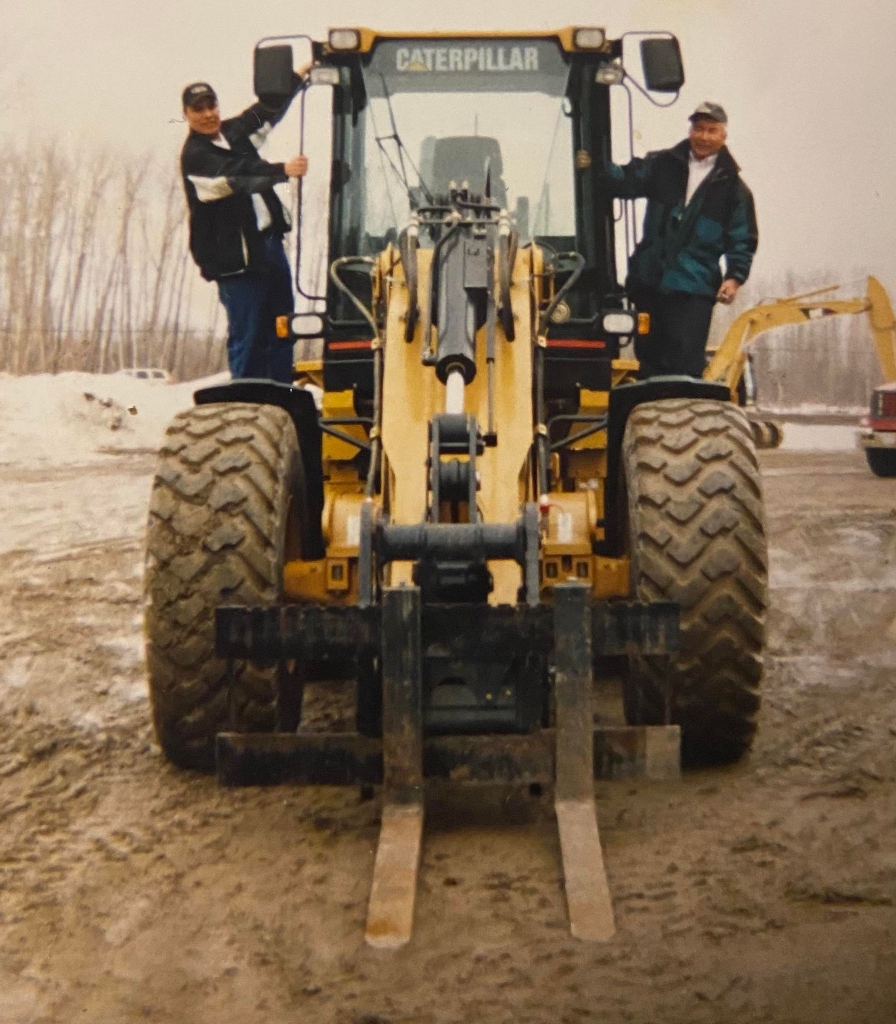 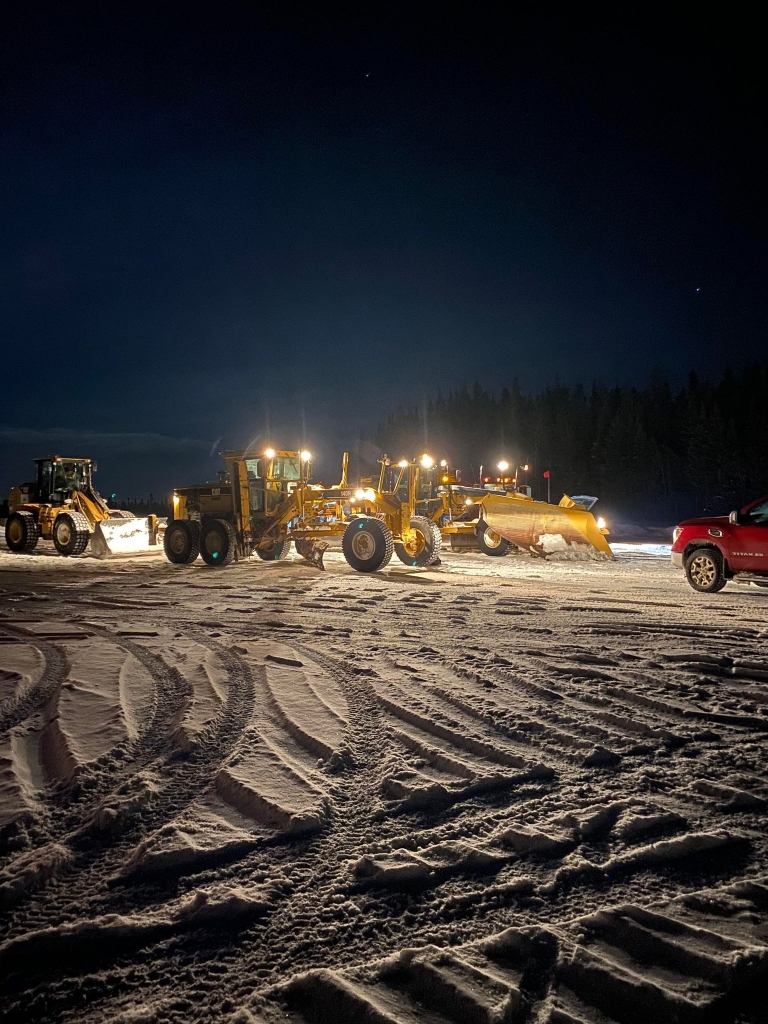 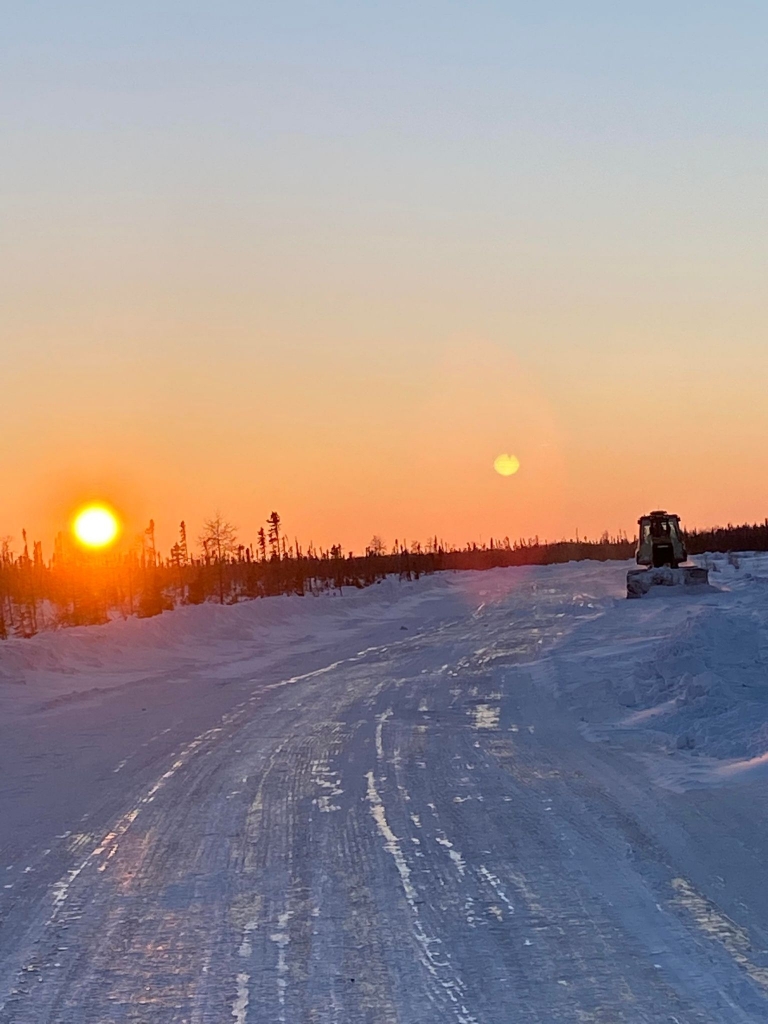 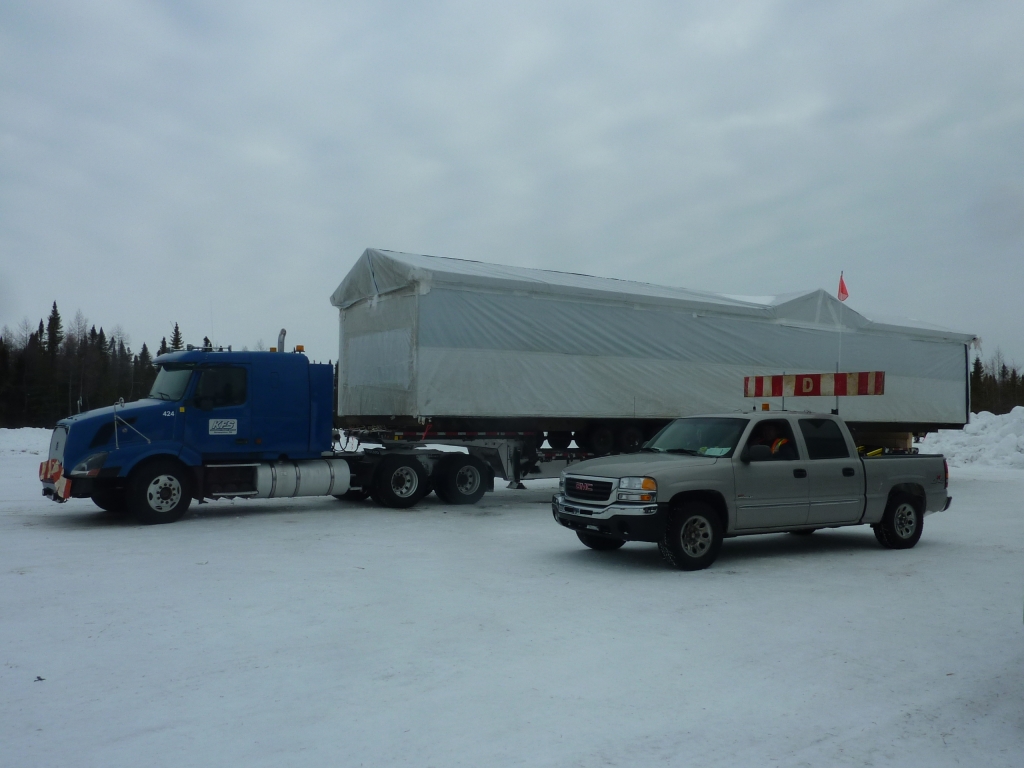 Winter ice roads have been a big part of life on the James Bay coast for decades. The road has existed in one form or another since the 50s and 60s when the American and Canadian military sent men and material north to the Hudson Bay coast to build the Mid Canada Radar Stations for the Cold War effort. Since those early years, the seasonal ice road has been maintained as it was the only means to transport heavy material over land from the rail head in Moosonee to places north like Attawapiskat, Fort Albany and Kashechewan.

My dad Marius Kataquapit was always an adventurous spirit and as a young man, he took part in the workforce that travelled up and down those first ice roads. After many years of work, he bought a modern Ford New Holland farm tractor with a heated cab in the early 1990s. It was powerful enough to hitch and pull a loaded wagon and a custom built heavy snow sled caboose. At the same time, he got his first contracts for constructing the winter road. These first contracts simply involved the use of snowmachines and a small troop of workers. Dad did not have any heavy duty machines back then.

These days the building of a winter road starts after a good layer of snow and ice have built up. Snowmachines are still used to tramp down the snow to drive the frost deep into the ground to prepare the surface for the next phase. Once the snow has been set, small tractors and trucks begin to move over the road. In successive waves, larger tractors smooth the road, grade it and keep it as level as possible.

In the late 1990s, dad began to hand over the family equipment business he had built up over the years to his youngest son Paul and in the early 2000s they purchased their first modern Caterpillar front end loader. Paul went on to acquire and purchase other pieces of heavy equipment including additional front end loaders, tracked tractors, excavators, graders, dump trucks, transport trucks and other support vehicles and machinery. Our older brother Lawrence Rose has also developed a substantial transport trucking business and another brother Antoine Kataquapit has turned into a skilful operator and business partner. Their work has also brought employment and experience for dozens of young people in the community including my nephews Willie, Joshua, Ekwan and Liam.

Over the past 20 years, Paul has taken on several contracts to build the winter road from the ground up. The work has turned into a major effort using modern equipment, custom built pumps, watering trucks and new methods in constructing a winter road for use by all types of vehicles small and large.

To meet the challenge of river crossings and to deal with muskeg, bulk pumps spread hundreds of gallons of water on the ice. Many of the river crossings also feature high steep banks that require constructing major ramps made of ice and snow. The winter road experts actually build snow ramps using tons of packed snow and then pump many gallons of water on to it to transform it into a solid block of ice that is capable of supporting a heavy tractor and its load.

Tanker trucks which have been specially built and prepared for cold weather are used to ice most of the road surface. The water tanker trucks transport their thousands of gallons of water and spread it over the road surface across the tundra and frozen swamp lands.

Much of the land is mushkeg and is dangerous in that it can swallow any vehicle if not properly frozen to form part of the winter road. If a heavy vehicle drives over a thinly frozen layer of mushkeg it can disappear and there is great difficulty in extracting it. Even once the frozen winter road is in place there are still possibilities for severe accidents as huge transport trucks sometimes slip and slide on the icy ramps and hills.

Thankfully my brothers, nephews and local workers have been having a good winter even though it has been very cold with -40 degrees and there has been heavy snowfall. We owe a huge Meegwetch (Thanks) to these ice winter road experts as they work long hard hours to provide for the movement of goods. There are also other heavy equipment and transport companies in Attawapiskat, Fort Albany and Kashechewan that are owned and operated by local Indigenous people to build and maintain these roads. I salute all the winter road companies and workers that deal with demanding work in such dangerous and hostile conditions. Stay safe boys.

PHOTO 002
photo submitted by Paul Kataquapit
Purchasing their first major piece of equipment, a Caterpillar front end loader, is Paul Kataquapit on the left and his late father Marius Kataquapit.

PHOTO 003
photo by Joshua Kataquapit
Night time ice road building is a regular part of the job for the construction crews on the James Bay coast. Pictured are several pieces of heavy machinery operated by Kataquapit Freight Services.

PHOTO 004
photo by Joshua Kataquapit Ice road building on the James Bay coast features many hours of operation of heavy equipment on the frozen mushkeg.