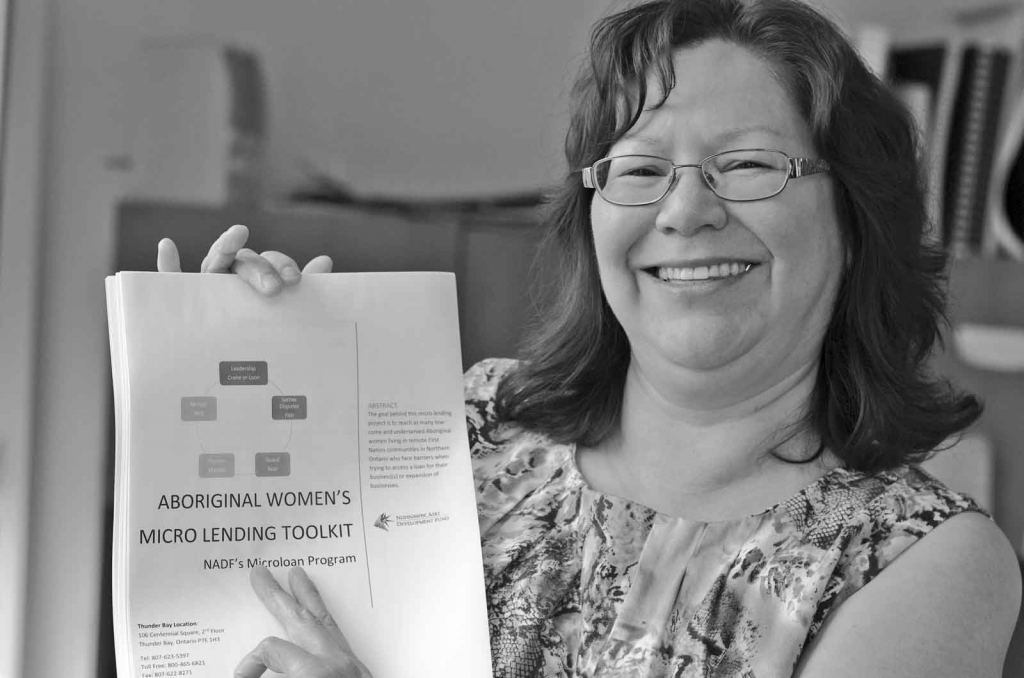 Lac Seul’s Mona Gordon is looking to start up a gasoline convenience store at the Kejick Bay turnoff through Nishnawbe Aski Development Fund’s Micro Lending Program.
“The reason I chose that location (is) it would service all three communities,” Gordon said, noting the road between Lac Seul’s three communities of Frenchman’s Head, Kejick Bay and Whitefish Bay was resurfaced last year. “But in addition to servicing the three communities, there is also an opportunity there to capitalize on the tourism industry that does take place in Lac Seul.”
Gordon said the store will also provide community members with a location to exhibit their arts and crafts.
“The business is going to happen in two stages — the first stage is going to be a home-based operation,” Gordon said. “We’re going to start small and work towards the set up of the gas convenience store at the Kejick Bay junction.”
Gordon first developed the gasoline convenience store business idea in 2007 during a Confederation College course.
“One of the big things that I really (wanted to do) when I came up with my business plan was providing a service to the First Nations people, not only in Lac Seul but in Hudson and the surrounding area, to exercise those gasoline exemption rights,” Gordon said.
Gordon received a $1,000 loan through the Micro Lending Program to start up her business. She is one of five women involved with the Biidaaban (A New Rising Circle) Micro Clan Circle that meets every second week in the Lac Seul-Sioux Lookout area.
“We’re the first formed circle under their new program — I find it kind of exciting,” Gordon said. “We’re hoping to complete all the stages of the micro lending program.”
Micro Lending Program participants are provided access to $500 to $1,000 loans during stage one of the program, to be paid back in 12 months; $2,000 in stage two, to be paid back in 18 months; $3,000 in stage three, to be paid back in 24 months; and $5,000 in stage four, to be paid back in 30 months.
“We’re trying to help women access small business loans so they can have start up money, seed money,” said Linda McGuire, microloans coordinator with NADF. “By building their credit history, they can eventually move up to bigger and larger loans. When you get into the bigger loans, it’s a harder process because you need that credit history and you need that collateral.”
McGuire said the program’s goal is to help participants build their credit histories, collateral and business plans.
“It’s a helping hand, just to get them started, to get them thinking like entrepreneurs,” McGuire said. “Right now, a lot of women are doing it as a hobby, something for them to do to make a little bit of money, but I don’t think they realize they’re actually in business.”
Micro Lending Program participants must be 18 years of age and older; be a member of a Micro Clan Circle; be a First Nation or Metis person from northern Ontario; have a business, plans to start a business or plans to expand a business; take part in training and have a registered business number.
Micro Clan Circles must have five to seven women in the group; have trust and ability to work as a collective; be willing to share and mentor and make a commitment.