APTN to air series on indigenous history of the Americas 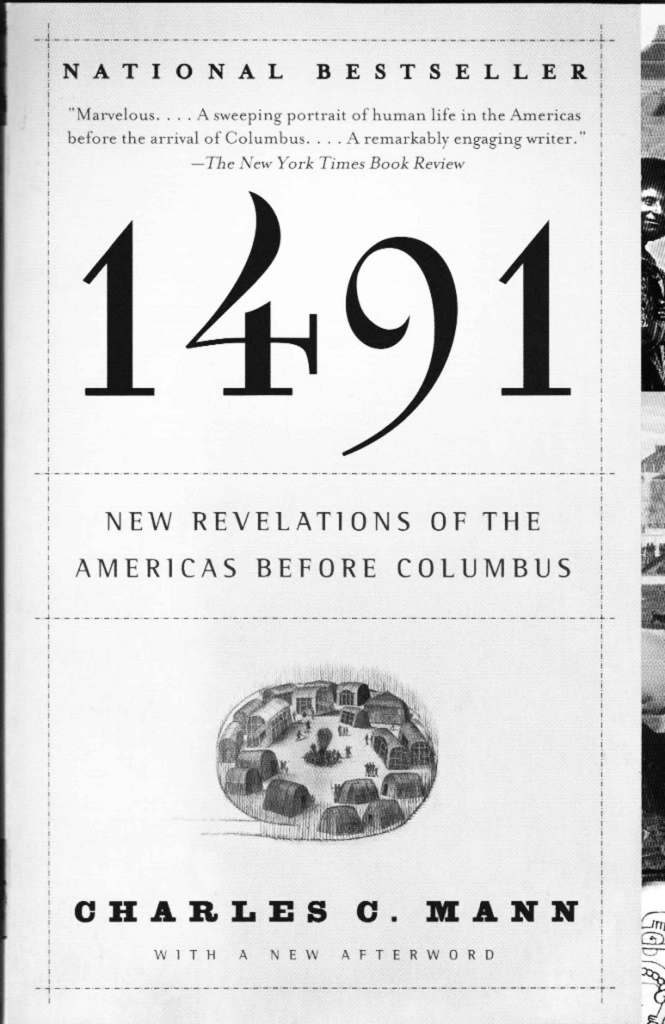 The indigenous history of the Americas before Columbus will be featured in an upcoming Aboriginal Peoples Television Network’s miniseries — 1491: A New History of the Americas.
“It’s a great idea because there’s been so much back and forth about what was and what wasn’t (here),” said Cynthia Wesley-Esquimaux, vice provost (Aboriginal Initiatives) at Lakehead University. “There’s this perception in the Canadian population’s mind that there was nothing here, that there were these savages running through the bush, barely surviving and kind of primitive and not having any kind of governance structures, laws or trade routes.”
Wesley-Esquimaux said many of the newcomers actually marvelled at the cities and irrigation systems in the Americas when they first arrived, according to their writings.
“A lot of this literature comes out of journals and entries and books and writings of people who were making initial contact and were marvelling at the cities,” Wesley-Esquimaux said.
“They had things set up that were very sophisticated and very marvellous.”
Although the indigenous peoples had built civilizations throughout the Americas before contact with Europeans, Wesley-Esquimaux said entire villages died from diseases brought over by the Europeans.
“People died in entire villages before any (European) person ever saw them,” Wesley-Esquimaux said. “They were dead before they even got there. So it looked like ... empty land.”
Wesley-Esquimaux said that the population of the Americas has been estimated from low numbers up to 112 million by anthropologists.
“A lot of people believe those numbers were that high based on the trade routes,” Wesley-Esquimaux said. “They found parrot feathers in the arctic because they came on trade routes.”
Wesley-Esquimaux said the indigenous peoples used waterways as trade routes.
“The waterways helped people transverse the entire continent very quickly, very rapidly,” Wesley-Esquimaux said. “So people got around.”
Wesley-Esquimaux believes the APTN series will be “very controversial.”
“Even here in Thunder Bay, there were people here, according to anthropological record, living in this territory and this region for over 11,000 years,” Wesley-Esquimaux said. “Other people have been here 350 years.”
The docudrama series is based on 1491: New Revelations of the Americas Before Columbus, a New York Times best-selling book by Charles C. Mann. Filming is scheduled to begin this fall in locations throughout North, Central and South America.
“The opportunity to direct the dramatic scenes in this series that will bring to life stories of our collective history, is both an honour and a creative challenge,” said Lisa Jackson, the series drama director. “My co-director Barbara Hager and I share a vision that this series must portray the history of indigenous people in an accurate, authentic and respectful way.”
Featuring an all-indigenous cast of actors, scholars and cultural leaders interpreting the history of their respective nations, the series aims to highlight stories of indigenous ingenuity in agriculture, astronomy, architecture, governance, medicine, technology, science, trade and art. It covers a timeline that dates as far back as 40,000 years ago through to 1491.
“I am delighted that my book has inspired APTN and two indigenous production companies to create a docudrama series on the history of the Americas before Columbus’ arrival,” Mann said. “I’m looking forward to seeing this team create an epic narrative of indigenous history that is long overdue.”
Mann’s book dispels long-held theories that prior to European contact indigenous people were largely nomadic, did not alter the natural landscape and were not as advanced as other civilizations.
“Adapting Charles Mann’s groundbreaking book into a miniseries has been a dream for us at APTN for many years,” said Jean La Rose, APTN’s CEO. “By bringing Mann’s book to life through the eyes of a team of indigenous producers, scholars and talent, we hope to tell the authentic, full and true history of indigenous peoples in the Americas and our vast contributions to the world.”
Mann described a number of civilizations in his book, including the Aztec empire, which had a city — Tenochtitlan, now Mexico City — that was larger than London or Paris at the time as its capital.
“Tenochtitlan dazzled its invaders,” Mann wrote in his book. “It was bigger than Paris, Europe’s greatest metropolis. The Spaniards gawped like yokels at the wide streets, ornately carved buildings, and markets bright with goods from hundreds of miles away. Boats flitted like butterflies around three grand causeways that linked Tenochtitlan to the mainland. Long aqueducts conveyed water from the distant mountains across the lake and into the city. Even more astounding than the great temples and immense banners and colorful promenades were the botanical gardens — none existed in Europe. The same novelty attended the force of a thousand men that kept the crowded streets immaculate. (Streets that weren’t ankle-deep in sewage! The conquistadors had never conceived of such a thing.)”