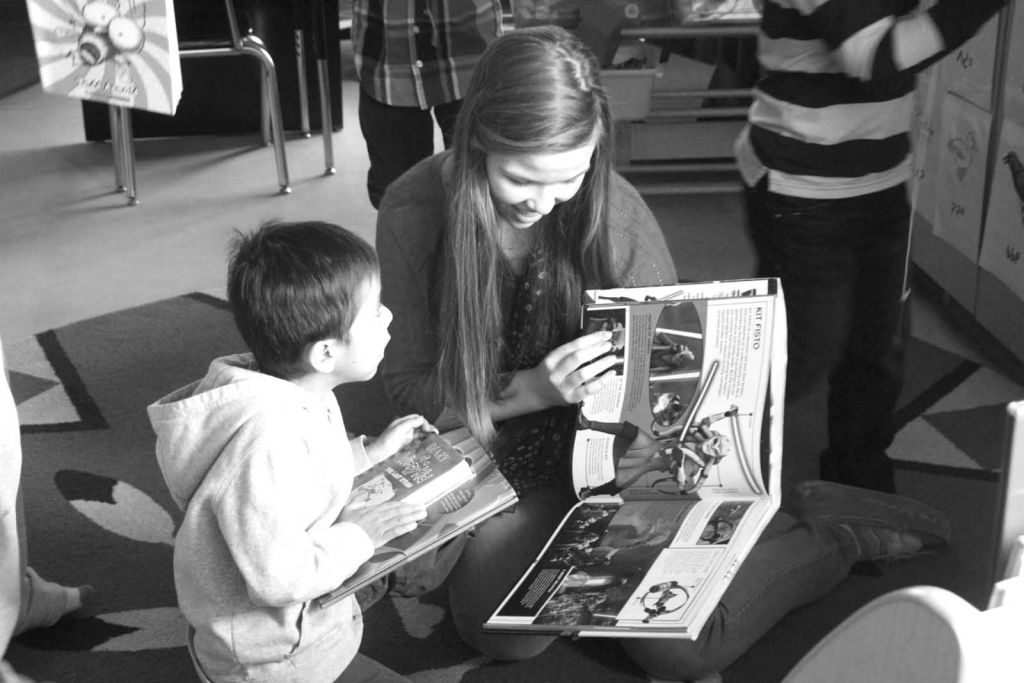 Deer Lake’s Grade 1 class was recently featured in a Shreddies cereal commercial with Books with No Bounds.
“I felt proud of my daughter and her classmates, they all looked cute sitting at their desks, like it was a normal school day talking to each other,” said Kris Meekis, whose daughter Victoria, age 6, was featured in the commercial along with Janessa Quill, age 7. “It was like they didn’t mind being filmed.”
Meekis was excited that the Oakville sisters Julia and Emma Mogus of Books with No Bounds wanted her daughter, who attends David Meekis Memorial School in Deer Lake, to be featured in the commercial.
“I didn’t think they would pick her class,” Kris Meekis said.
Joan Quill, mother of Janessa, was happy and surprised that the Grade 1 class was picked to be in the commercial.
“They told us they were going to be filming in the grade one class and the school library,” Quill said, noting they were told the film producers wouldn’t know who would actually be in the commercial until it was edited. “I didn’t know what Janessa was on there until her teacher showed me the commercial.”
Meekis said the finished commercial made her cry.
“I cried, even though it’s just that one second you see her (Victoria), I cried. Tears of joy,” Meekis said. “My baby got a few calls after it aired, and I got some Facebook messages telling me they saw her on TV.”
Meekis said that Victoria is proud that she and all of her friends are on TV.
“I think those girls are awesome for doing that,” Meekis said of the Mogus sisters. “I thank them.”
Quill said that she loved the commercial, and that Janessa’s dad said it was the best commercial he has ever seen.
“Janessa said she wouldn’t mind being on TV again,” Quill laughed.
Karen Meekis, the Grade 1 teacher, said it is “something really special to me” to see a child start reading.
“Us being way up north, it’s hard for us to get books,” Karen explained. “They (the kids) were really excited when Julia and Emma went to the boxes. They were really surprised they had all of this attention from these girls.”
The Mogus sisters flew into Deer Lake in February with a camera crew for the commercial. They had been nominated and voted by people across the country to be featured in the national Shreddies Search for Goodness contest.
Emma Mogus said that she and her sister knew when they first started Books with No Bounds that they wanted to change the lives of somebody through literacy.
Books with No Bounds has sent thousands of books to children in remote, northern First Nations communities.