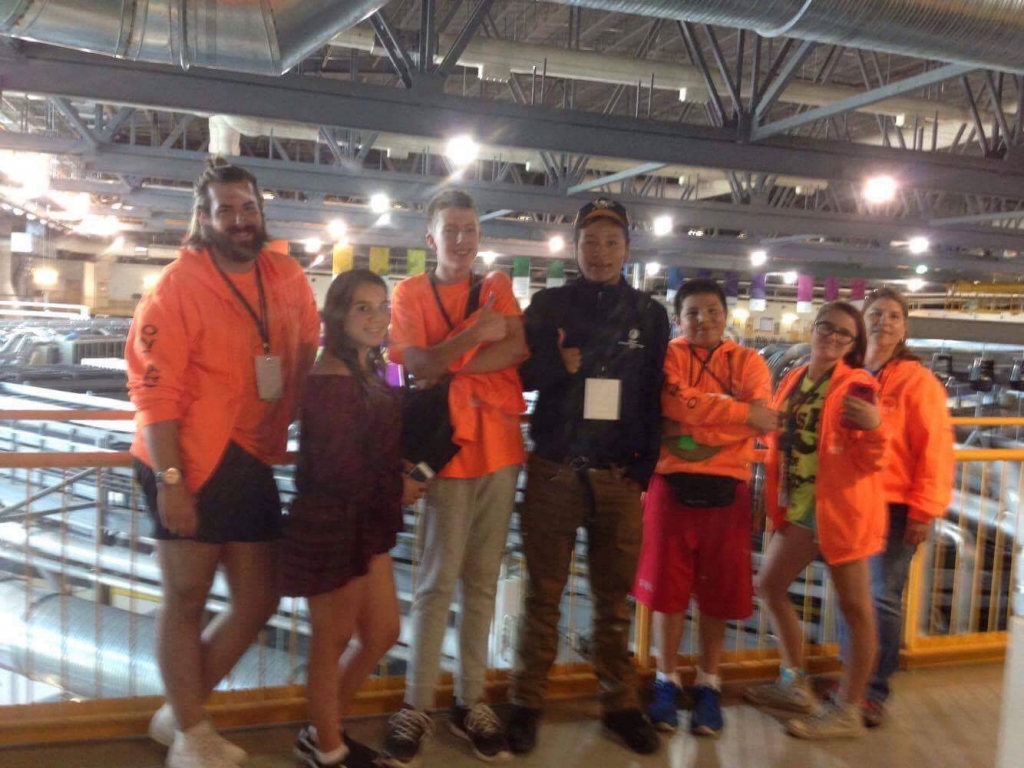 Kasabonika Lake’s Joe Brown, centre with hat, met about 50 Indigenous youth from across Canada and participated in a wide variety of activities during the Indigenous and Northern Affairs Canada National Science Camp, held July 16-22 in Regina and Saskatoon, Saskatchewan. Submitted photo.

“It was fun — I enjoyed it,” says Brown, a Grade 8 graduate from the Chief Simeon McKay Education Centre in Kasabonika. “I became friends with almost everyone, people from all around Canada.”

Brown says the National Science Camp, held from July 16-22, included a variety of scientific activities and a visit to the Royal Saskatchewan Museum in Regina for youth from 12-15 years old.

“(My favourite activity was) learning about robotics,” Brown says. “(The museum featured) these animals and included some Native history, which was very interesting to me.”

Brown was one of five youth from the Ontario region and about 50 from across the country that were selected to attend the National Science Camp through an essay submission process.

“I was excited,” Brown says about learning that he had been selected for the National Science Camp, which provides First Nations and Inuit youth with an opportunity to meet and learn more about science, technology and traditional ways of improving life on reserve. “Plus I got really happy.”

Brown says he thought about his community while writing his essay.

“My teacher helped me out,” Brown says. “She gave us a period to write out our essays. We worked on it for about a week.”

Brown says the days at National Science Camp started at 8 a.m. with getting ready for the day and a trip to the university, where they ate breakfast.

“Usually the activities started later, which was about robotics, chemistry and owl pellets, which we got to (dissect),” Brown says. “We got to go and make soap. We had to heat it up for a bit and stir it.”

Brown says the youth also went to a beach, where one of the scientists gathered samples for a science experiment and some of the youth went swimming.

“The water was green and funny looking,” Brown says.

Brown says the prairies in Saskatchewan and Manitoba were “pretty weird.”

“(There was) farmland in every (direction) I looked,” Brown says. “Your dog could run away and you could still see him.”

Jack Brown, Joe’s father, says his son had a good experience on at the National Science Camp.

“He’s been talking about that whole trip (since) he got back, all the people he met and the different things he learned,” Jack says. “He really enjoyed it. It was his first time going out that way.”

Jack says his son became interested in the National Science Camp after one of his teachers brought up the essay competition.

“We’re very proud and happy that he did it by himself,” Jack says. “I just wish more kids from up here got that chance.”

Brown is considering a career as a scientist or an engineer after attending the National Science Camp. He plans to attend Queen Elizabeth District High School this fall in Sioux Lookout.