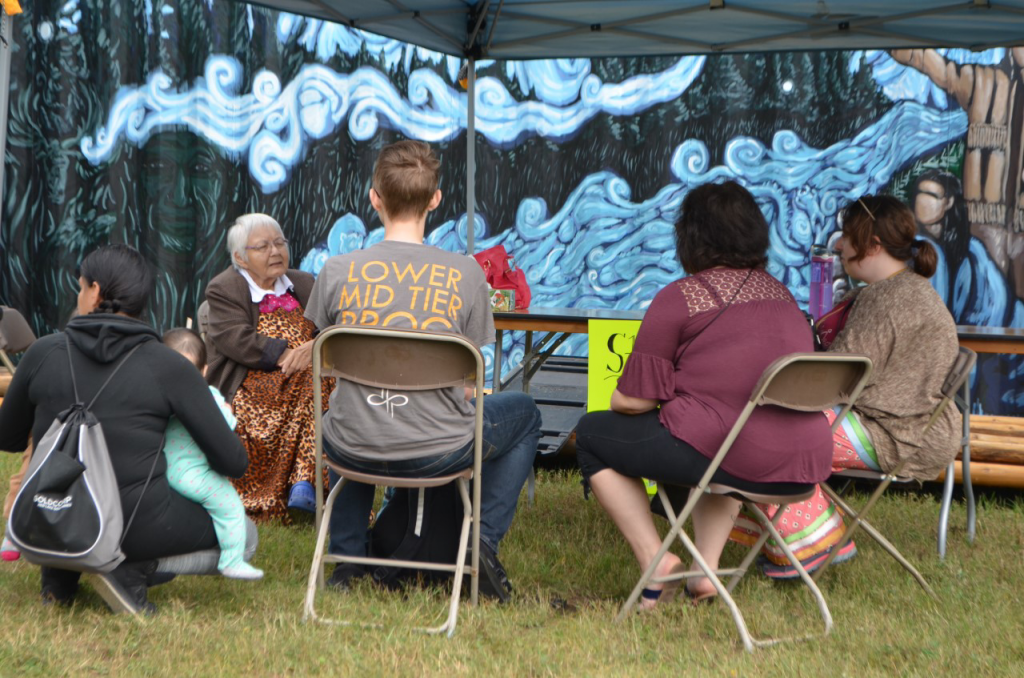 The late Lakehead University Elder and alumna and Gull Bay citizen Dolores Wawia, who died at age 76 on May 31, is recognized for her achievements in education and on the land.

“I was working at Native Support Services (at Lakehead University) in about 1987 and Dolores was the rock, if not the heart of Indigenous education at Lakehead at the time,” says Peggy Smith, professor emerita, Faculty of Natural Resources Management and former vice-provost Aboriginal Initiatives at Lakehead University. “She was the only Indigenous faculty member and she held that position for over 30 years and just recently retired. She was, in that position, an inspiration to students and to other faculty — she guided the administration in how they should address Indigenous education and she was also a community leader.”

Smith says Wawia and her family members were also harvesters on the land.

“They made sure they were on the land, whether it meant going to Jackfish Island on Lake Nipigon, going out blueberry picking in the fall, fishing,” Smith says. “Dolores used to call all the time and she would say: ‘Peggy, do you need fresh pickeral, do you want some blueberries.’ So not only was she an educator, she was living on the land and she was sharing the bounty of her harvest with people like me who live in the city and maybe didn’t have the same kind of access to those goods from the forest.”

Denise Baxter, vice-provost Indigenous Initiatives at Lakehead University, says Wawia was still involved last summer with picking blueberries with her family and other people from the university and Thunder Bay.

“Both of us enjoyed blueberry picking so her and I would always talk about where the blueberries were, how many we could pick,” Baxter says. “For me that was one of the memories — we just talked about how much we enjoyed being out in the bush and with our families and just being outside while we had the opportunity to pick blueberries together.”

Baxter adds that Wawia was “instrumental in beginning the Indigenous programming” at Lakehead University as well as advocating for Indigenous people, youth especially, throughout the region and across the province.

“She was one our esteemed faculty, a retired professor emerita (who) worked within the Faculty of Education I believe for almost 40 years,” Baxter says. “Many people had the opportunity to have her as a teacher, she often told stories in her teaching pedagogy as she brought Anishinabek culture to life. As a school principal, I had her come to my school a couple of times and the children loved listening to her telling stories. She was a very gifted storyteller who told personal stories but also traditional stories and legends.”

Wayne Melville, dean of Education at Lakehead University, says he met Wawia in 2005 and soon realized she was “part of the driving forces” behind Indigenous education within the university and across the region.

“I moved from Australia and she was one of the first people to point out that this is the history of Indigenous relations in this region and these are the sort of issues which as a faculty we are going to be facing, and this was about five or so years before the Truth and Reconciliation Commission’s Calls to Action,” Melville says. “In 2013 I became the acting chair of Aboriginal Education and so I relied on Dolores quite a lot on how things should be organized particularly looking at language revitalization. That was one of the things she was quite passionate about, and the understanding of the link between language and culture — if you lose the language then of course you lose the culture. So a lot of work went into that in terms of redesigning the Indigenous Language Teachers Diploma Program.”

“Dolores Wawia dedicated her life to improving opportunities in education for First Nations students, and overcame so much for the sake of that mission,” Hajdu says. “She’s a role model to any aspiring to leadership and activism. Her life is celebrated in Thunder Bay.”

Wawia was the first Aboriginal woman to earn a BA and M.Ed in northwestern Ontario. She was recognized with many awards over the years, including a Lakehead University Northern Lights award, a Union of Ontario Indians Lifetime Achievement Award, an Ontario Public School Boards’ Association Award of Excellence, a Lakehead Alumni Association Award and an appointment to the Order of Ontario.