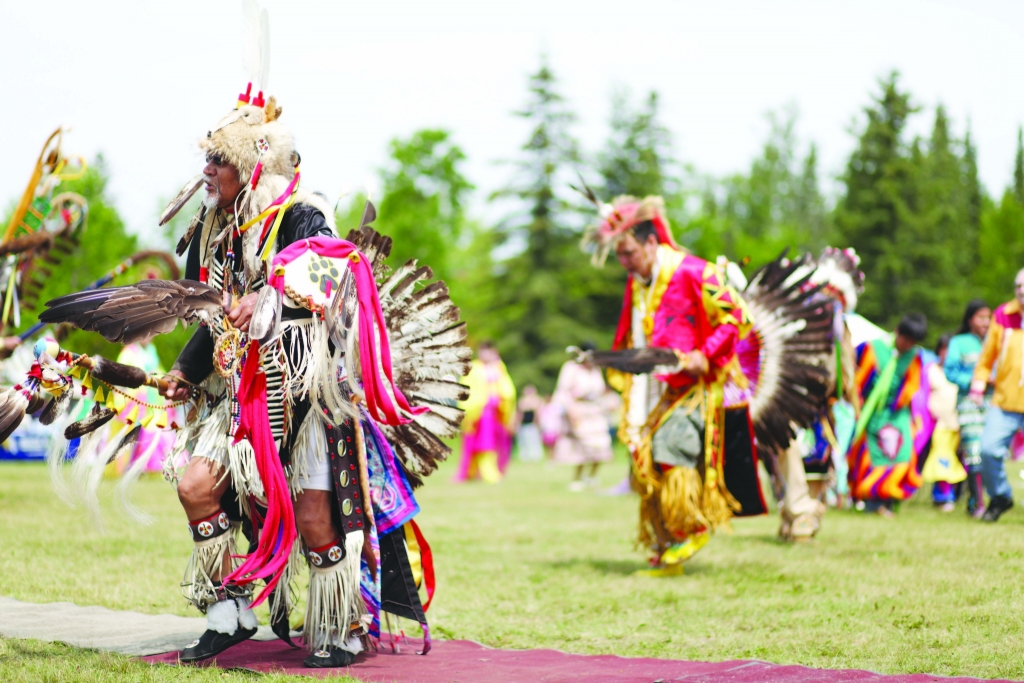 Kitchenuhmaykoosib Inninuwug’s plan to host 25 Canadians for a week concluding on June 21 highlights this year’s National Aboriginal Day celebrations in northern Ontario.
“Our youth are taking the lead on trying to promote KI in regards to bringing in visitors,” said KI Chief Donny Morris. “There are quite a few visitors, one of them I hear is the lieutenant-governor’s wife, (Ruth Ann Onley), and those youth walkers who walked from Quebec to Ottawa.”
The Governor General’s wife, Sharon Johnston, is planning to visit with Onley for an overnight stay from June 20-21, although Morris said the prime minister had not yet accepted an invitation to visit KI as of June 7. The visits begin on June 17.
A First Nations’ film night in Sioux Lookout featuring short independent films from the local area and region is another event planned for National Aboriginal Day.
“We have a number of First Nation filmmakers — we have Henry Beardy from Sachigo (with Time’s Up),” said Nadine Arpin, a coordinator with the film night event. “We also have a film by John Cooke, Bunnuck Gets Surveyed. And we also have Caleb Magiskan — one of his short pieces is being shown, Gas Through the Glass.”
Lac Seul — I Like Me, a compilation film developed from a 2012 Lac Seul film challenge workshop, and Arpin’s film Distracted will also be featured during the film night, which begins at 7:30 at the Royal Canadian Legion.
An Aboriginal Day Gala in Thunder Bay featuring local musicians, dancers and a fashion show is also planned for June 22 at the Airlane Hotel and Conference Centre.
“It’s a gala — we just want people to celebrate their being Aboriginal in this town and to show the variety of Aboriginal talent and skills,” said Larry Baxter, an organizer of the Aboriginal Day Gala. “We are a unique people, but we also have unique talents.”
Baxter said the event includes a buffet dinner, a talent show and a dance.
“There will be singers, dancers, some comedians and a fashion show,” Baxter said. “You can buy a table of eight if you want to sit with a bunch of your friends.”
Thunder Bay plans to hold a two-day event at Marina Park, featuring arts, crafts, storytelling, games and an open air concert on June 20 and a sunrise ceremony, light breakfast, powwow, feast and giveaways on June 21.
Sioux Lookout plans to hold traditional teachings, games, art, museum displays, a powwow and a traditional feast at Centennial Park and along Front Street on June 21.
Timmins plans to hold a sunrise ceremony, teepee set up, breakfast sponsored by Misiway Milopemahtesewin Health Centre, a traditional powwow, family activities, craft vendors, a barbeque, an open microphone and live entertainment at Hollinger Park on June 21.
Moose Cree First Nation plans to hold a community breakfast and feast and a flea market/fair at the Cree Cultural Interpretive Centre grounds on June 21.
APTN will also broadcast an exclusive four-hour Aboriginal Day Live radio show across the country on June 22. That can be heard on Wawatay Radio Network. The show features a range of top Aboriginal musicians from across Canada, including A Tribe Called Red, Crystal Shawanda, Derek Miller, Tanya Tagaq, Dallas Arcand, War Party and Susan Aglukark, among many others.