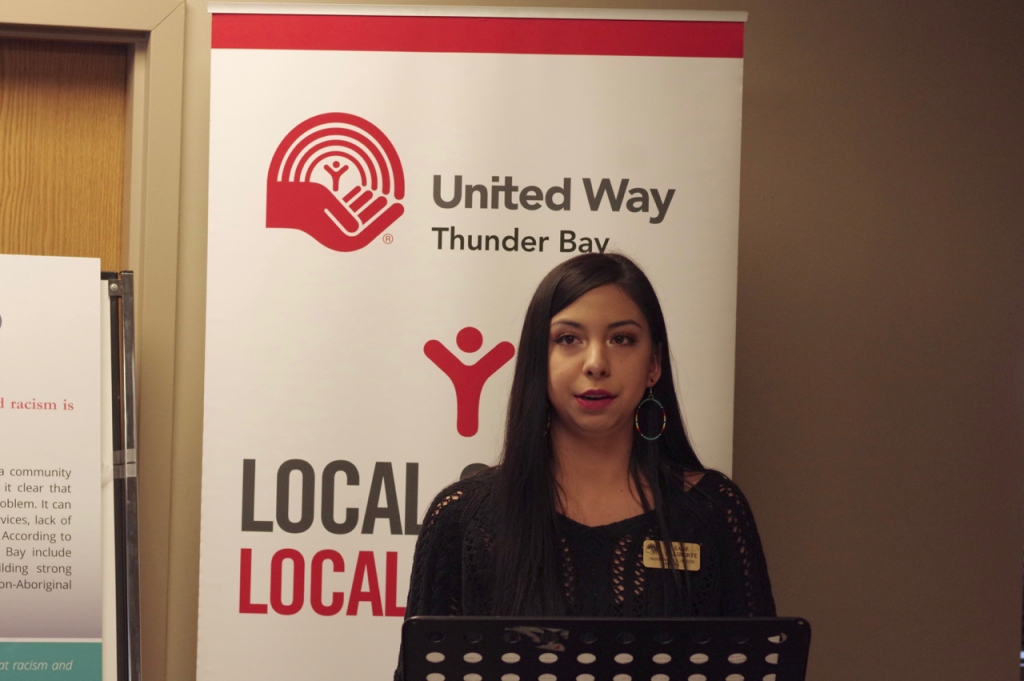 United Way Thunder Bay (UNTB) has initiated a Diversity Counts community engagement project to reduce racism and discrimination in Thunder Bay, which was highlighted in its recently released Community Report on Racism and Discrimination.

“Diversity Counts is a project that we are starting up aimed at reducing racism and discrimination in the city,” says Sage Laliberte, Indigenous liaison intern with UNTB. “We’re focusing more on youth involvements and we have money set aside for youth-led projects, so different grants we can give out to support that.”

The Diversity Counts project is aimed at helping the community move towards the goal of where diversity is valued and racism and other forms of discrimination are not accepted.

“We’re hoping to get everyone together,” Laliberte says. “Rather than working in silos, bring together different groups that are already doing good work to kind of partner up and continue working on this problem.”

The Diversity Counts project is designed to bring together youth, along with adult mentors, to discuss racism and discrimination; define the problems and issues that exist in the community; hear the voices of those who are
experiencing it; and build on the good work that is already taking place in Thunder Bay.

“Over the next year we will be working with the community to carry out an audit of who is doing what around the issues of racism and discrimination, facilitate community conversations building diverse positive working relationships and partnerships between Indigenous and non-Indigenous peoples with an emphasis on youth, explore new and innovative place-based ideas on how Thunder Bay can reduce racism and discrimination, generate quick-win actions by offering small grants to youth working with adult mentors (and) help facilitate long-term action planning that could guide work that will help reduce racism and discrimination with an emphasis on anti-Indigenous racism into the future,” Laliberte says.

The Community Report on Racism and Discrimination, released on Jan. 25, is based on random telephone interviews conducted with 500 people and identical online surveys completed by 1,141 people. The report is designed to draw attention and to promote the tracking of performance-related data in order to measure progress in the future.