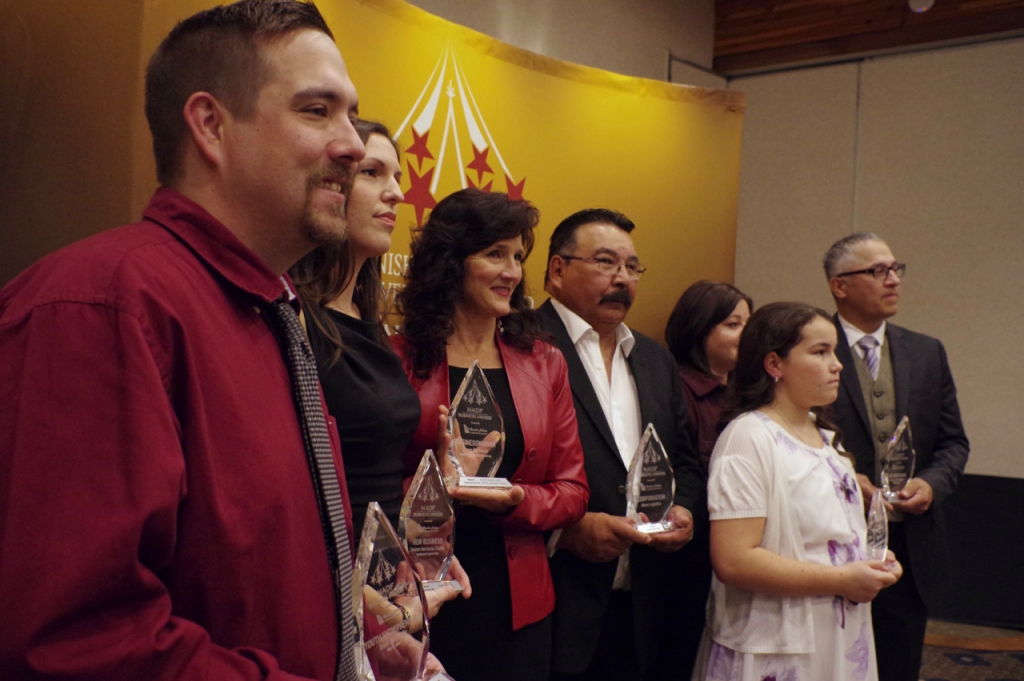 Twelve-year-old Kiara Paterson, of Whitesand, was recognized for her successful Kakes and Kupcakes by Kiki business on Oct. 20 at the 27th Annual Nishnawbe Aski Development Fund Business Awards.

“The big thing about my business is that everything is made from scratch,” Paterson says, noting that she has been baking for years. “Most of them are basic recipes — some of them I will add little flavours to them so I guess you could call them special recipes.”

Paterson says most of her orders come from the Facebook page her mother originally created to provide her with orders to practice her baking skills.

“It started off as family and friends,” Paterson says. “And then it slowly became people who had just heard of my business and they were like: ‘Oh, that would be fun to order a cake from there.’ And it just grew into anybody who wanted a cake would order it.”

Paterson is currently looking to expand her kitchen so she has more space to do her baking.

“I’m hoping to get a grant and to build out my kitchen,” Paterson says, noting that her kitchen was inspected and is health certified and fire certified. “And we have a business licence.”

Paterson’s personal goal is to travel to Paris, France to learn more about food preparation.

“They have the best culinary schools,” Paterson says.

“I am extremely honoured to receive this award,” says Linklater, owner of Treeline Diner. “You know, I was just doing what my ancestors did, which is provide for my family. It’s different times, different tools and different instruments, but it’s essentially the same thing, which is to put food on the table and clothes on their backs and inspire their dreams and nurture those dreams.”

Buchanan, owner of Susan Buchanan Education Group, feels grateful for being presented with the Businesswoman of the Year Award.

“I am also grateful to the thousands of people that I’ve had the pleasure of meeting and working with over the past 20 years,” Buchanan says. “It has been my constant focus and ambition to see Canada’s First people take their rightful place in the Canadian and world economies. There are now many First Nation-owned businesses and professionals like those in this room. We need to continue to support each other so our economy will grow even larger.”

Employment, Workforce Development and Labour Minister Patty Hajdu says the NADF Business Awards, which were held at the Valhalla Inn in Thunder Bay, is a phenomenal way to celebrate the contribution of Indigenous people to the economy of northwestern Ontario.

“When I look out onto all of you I see leaders and I see inspiration and I see grit and I see integrity,” Hajdu says. “It’s just an honour to be here. I’m really looking forward to seeing who the winners are, but it doesn’t matter who wins because what you are all doing is you’re forging a path, you’re clearing a way for all of those young people that are watching and that are counting on us.”

“It is an honour to once again celebrate the nominees achievements in one of Canada’s longest running Aboriginal business award shows,” says Brian Davey, NADF’s executive director, noting that this year was the 30th anniversary of NADF. “The nominees are important to our community because they represent realized dreams, jobs, wealth creation and prosperity. Although there is only one winner in each category, collectively they are all winners because of their contribution to their families, their communities and the economy we depend on.”

NHL RADIO CONTEST, Week 2 Word of the Week. Follow this link to find the word! http://www.wawataynews.ca/feature-stories/new-canadian-ranger-patrol-ope...