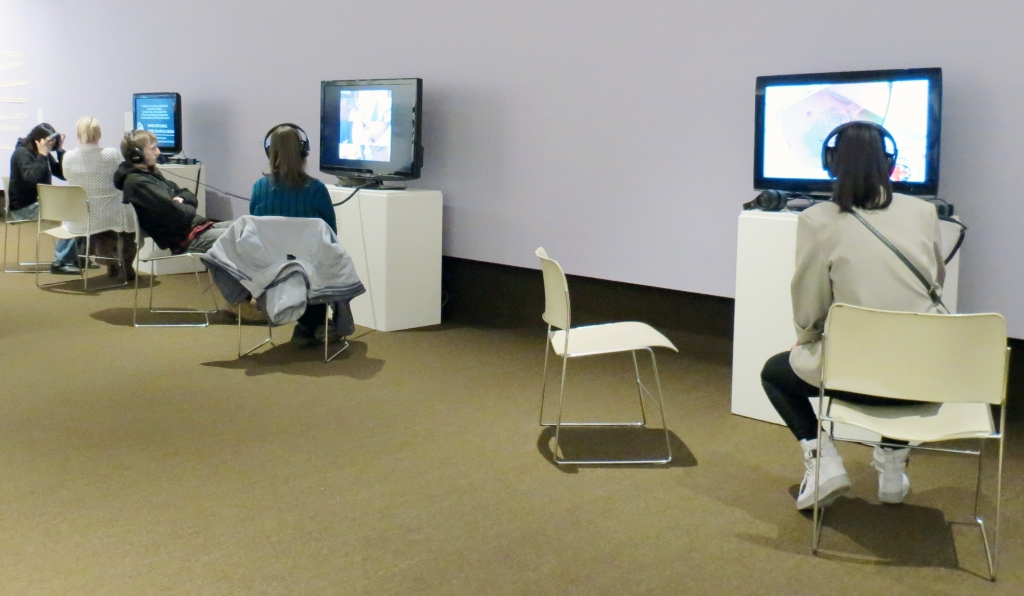 The Honouring Our Stories Exhibition at the Thunder Bay Art Gallery includes art and digital stories by a diverse group of sexual violence survivor participants.

“They had us bond with art, and I think that was really important because originally coming into the project I had a lot of anxiety,” says Kaiya Drake, a Lakehead University student whose parents are from Gull Bay and Collins. “The way they facilitated this two-year project was amazing because by using the art and getting us together and getting us to create conversation and dialogue and get comfortable with one another, they initially had us separate from the police, which I think was perfect. It gave us time as survivors to get to know each other and to get comfortable together.”

The Honouring Our Stories project was a creative process that brought together women, artists and police to talk, make art and tell their stories about experiencing and responding to violence in their own words. The opening ceremony for the exhibition was held on April 5 at the Thunder Bay Art Gallery.

“Towards around the year mark of the project, that was when we did the digital stories,” Drake says. “That was when a lot of us were able to see each other’s stories in a more intimate and more detailed way.”
Drake says she felt “a lot of triggers” while she was watching the other participant’s digital stories.

The aim of the project was to deepen understanding and engage both the public and police in a joint effort to reframe the community conversation on sexual violence in Thunder Bay. Statistics Canada figures indicate that only about 30 per cent of women assaulted by intimate partners and less than 10 per cent of those who were sexually assaulted report these crimes to police.

“It is very disheartening to find out just how much it is underreported,” Drake says. “But I also understand the other side of it, why there is a lot of distrust, especially from an Indigenous perspective just because of all the (aspects) of colonization and … the gender differences for women being even further devalued. That’s just something that I am understanding from an academic perspective now because I am a student over at the university.”

Drake says the project included a range of art, including photography, silkscreening, beading and weaving.

“We even did a radio thing,” Drake says. “It was amazing because being able to heal through art together, it really kind of took away that anxiety because we were all kind of working together and we were learning from each other. It’s really therapeutic and it’s relaxing to be able to get creative and I think it helps with the anxiety. Personally, that is what happened with me even though I did feel really shy in the beginning.”

The Honouring Our Stories Exhibition runs from March 31-May 13 at the Thunder Bay Art Gallery. The project was funded by the Ontario Arts Council and Ontario Women’s Directorate Creative Engagement Fund to Stop Sexual Violence and Harassment.

Information about the project is available online at: www.nwowomenscentre.org/honouring-our-stories.