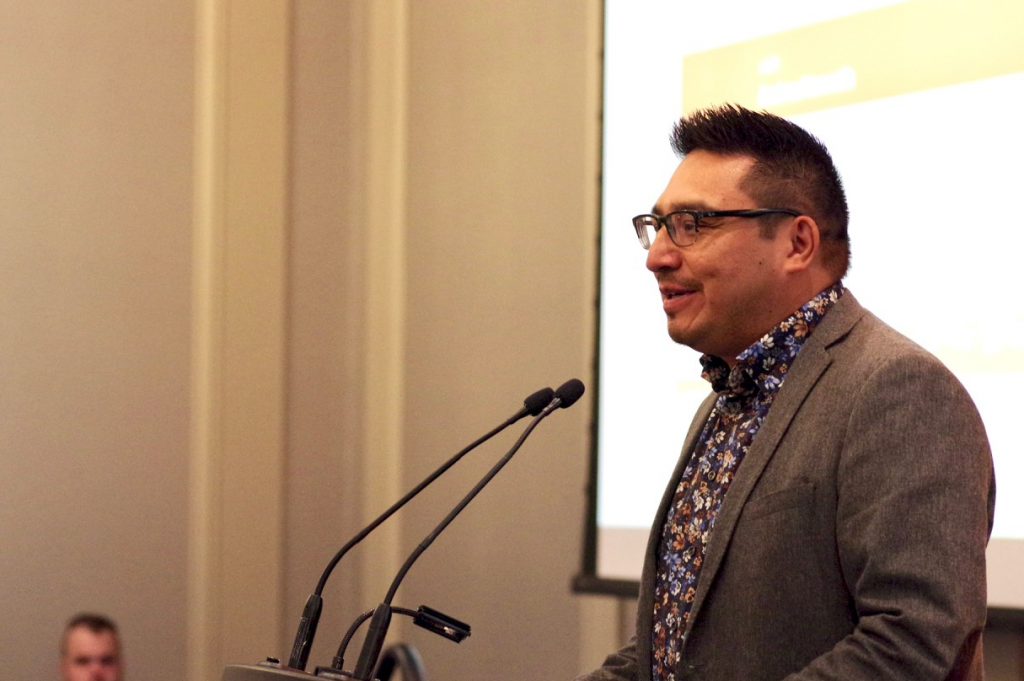 Kiiwetinoong MPP Sol Mamakwa re-emphasized his call for action on First Nations youth suicide in Ontario after more suicides were committed during the holiday season across Nishnawbe Aski Nation.

“Back in December I brought up the issue of youth suicide in a couple of the communities, in Constance Lake and Webequie and also one of the First Nations in southern Ontario,” Mamakwa says during an interview. “I didn’t know that come the holidays there would be a number of more (suicides) that would be happening over the two-week period in our communities.”

Mamakwa’s statement says that youth suicide in First Nations, Métis and Inuit communities is a crisis, a long-term problem contributed to by colonialization and its ongoing impacts.

“As early as 2011, Ontario was advised to adopt a coordinated inter-ministerial approach to the issue, and has failed to do so,” Mamakwa says in his statement. “The need for a specific strategy for First Nations people that builds mental, physical, emotional and spiritual well-being in our communities is urgent. The Liberals failed to consider our communities’ needs. Today, I’m calling on the premier and his government to establish dedicated resources and a specialized strategy to address suicide among First Nations youth.”

Mamakwa says he is hearing from the communities that there needs to be community-driven solutions to First Nations youth suicide.

“I think these community-driven solutions, community processes have to be sustainable,” Mamakwa says. “It’s not just a one-year, two-year, three-year plan, but we need to invest and make sure we don’t lose any more youth or our people to suicide.”

Mamakwa adds that Ontario was a signatory to Treaty 9 and it has to be part of the solution to First Nations youth suicide.

“They can’t just say that is a federal responsibility,” Mamakwa says. “I think we’ve got to put them into account, and that’s what I’m trying to do — elevate the profile of what is happening in our communities. These are people dying and it’s been happening for far too long.”

Mamakwa says he has received “a lot of messages” from people who want to help with the situation.

“We have to organize ourselves in how we can support our communities further and make sure that we don’t keep losing people,” Mamakwa says.

Mamakwa notes that suicide and self-inflected injuries are the leading cause of death for First Nations youth, according to the Public Health Agency of Canada’s report in 2016.

“Very young people are dying by suicide and that is just not acceptable,” Mamakwa says. “We need to have proper resources to be able to address these issues. Over the last 30 years or so, NAN territory has lost over 500 people.”

Mamakwa says he attended a funeral for a young girl in Kasabonika in early January.

Sydney Stonier, associate director of communications with Minister Greg Rickford’s office, says in an email message that the provincial government is working alongside Indigenous partners to provide supports and services to help Indigenous children and youth to succeed.

“To date we have invested in preventative services on-the-ground in First Nations communities focused on life-promotion skills,” Stonier says in the email. “These include community-led and youth-focused initiatives that promote leadership, build pathways to wellness and address service needs. The aim is to support youth and families on their healing journey and to connect youth to their land and culture.”

Stonier says in the email that the provincial government remains committed to building more comprehensive child and youth mental health services that are easier to access and better integrated at the community level.

“To support this commitment, we are investing an additional $3.8 billion over 10 years to develop and implement a comprehensive and connected mental health and addictions strategy,” Stonier says in the email. “This includes nearly
$13 million annually dedicated towards culturally appropriate mental health and addictions services, supports and programs for Indigenous people, families and communities.”

Stonier says in the email that the provincial government is working with Indigenous partners to help end the cycle of intergenerational trauma through additional investments in culturally appropriate mental health and addictions initiatives, such as funding to establish or expand 10 Indigenous-led Healing and Treatment Centres across Ontario, which offer new culturally safe treatment beds for Indigenous people. He adds that the provincial government is also investing in a range of other initiatives as well, including Indigenous youth life promotion and suicide prevention initiatives.

“We know more needs to be done,” Stonier says in the email. “Our government will continue to work together with Indigenous partners to improve critical services, and to ensure that Ontario and the federal government are working together effectively to meet these needs.”