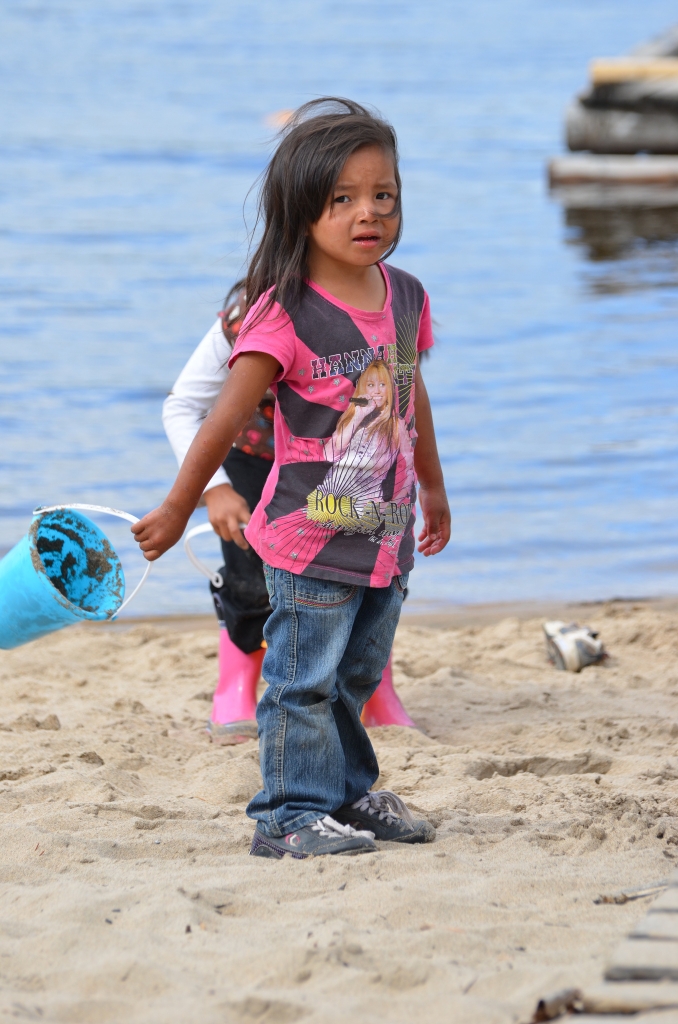 The community of Nibinamik First Nation held their 14th Annual Youth Wilderness Retreat Program (YWRP) from July 23-28.
The YWRP consisted of various activities such as fish netting, boat and motor safety, moose hunting skills and preparation of traditional food. The event was coordinated by Jolene Anishinapaise with help from Nibinamik Health Director Don Sofea.
It was Anishinapaise’s first time as the coordinator of the youth retreat.
“I really wanted to do something positive for the youth,” Anishinapaise said. “I learned a lot of new things, like how to be a leader.”
Anishinapaise said directing the retreat was easy and hard at the same time.
Two Nibinamik Elders started the YWRP 14 years ago, as a way to deal with the loss of culture and the loss of survival tools.
“They saw how the people were starting to eat processed foods, manufactured foods, and they had seen how it was minimizing the way people eat, pick and harvest their wildlife,” Sofea said, adding that diabetes and hypertension were also on the rise due to the processed foods the community started to eat.
The community has a YWRP-committee comprised of two elders, two frontline staff members and a council member. When planning for each YWRP, the committee takes into consideration the evaluation of recommendations from the previous year’s YWRP.
“We could use more funding,” Sofea said. “The program runs off of contributions and donations if we get it, a lot of the time we just go ahead (with the program) anyway.”
Sofea said that the YWRP had a Master of Ceremonies who helped “steer the boat” and keep the events moving.
Anishinapaise approached Bradley Yellowhead, 26, while he was out grocery shopping. He said she asked him to be the Master of Ceremonies so he agreed. Yellowhead said one of his favourite parts of the YWRP was when he was hypnotized by Scott Ward, a hypnotist who was entertainment at this year’s retreat.
“He made me dance like Michael Jackson, I saw myself on video,” Yellowhead laughed.
Sofea said that this year there were a good number of participants with around 90 youth and 30 volunteers.
“Each of the activities included a person who knew what to do, like with fish netting we had a senior community member who knew how to use the fish net and knew where to fish. He would go out with some youth and bring the fish back to the camp to be smoked and prepared by a person who knew how to do that, too,” Sofea explained.
Sofea said the YWRP also added events for toddlers like leaf naming and counting in the language. He said the events included the parents so there was a lot of quality time spent between the parents and their children.
“The youth retreat brings some of the youth and families and children together, and that’s why we will maintain it,” Sofea said. He explained that a lot of the activities were important for the younger generations to know, like learning about the land, water, and environment as well as using a General Positioning System (GPS).
An important activity to Sofea was boat and motor repair. He explained that when the youth go out hunting and fishing on their own, it is essential that they know how to fix a problem with the boat’s motor if ever it should break down. “It’s like in high school when you learn how to fix a car in auto shop,” he said.
“The kids enjoyed the Medicine Walk with Grandma,” Sofea said, “they learned of plants they could use as cures.”
Jasmine Beaver, a 13 year old YWRP participant, said that she will go into the YWRP again next year if she is in the community when the program is running.
“All of my friends said it was fun last year,” Beaver said about why she decided to attend this year. One of her favourite activities was the medicine walk where she learned of different kinds of medicines in the trees and plants. “My other favourite activities were playing volleyball and Capture the Flag.”
Anishinapaise said her favourite part was the end of the week’s celebration – which included prizes, a dance, and a community feast as well as fireworks.
“It was good to see the expressions on the youth’s faces. They were excited, they completed the whole week of the program and it was good to celebrate with them,” Anishinapaise said.