Working with youth to end violence against women 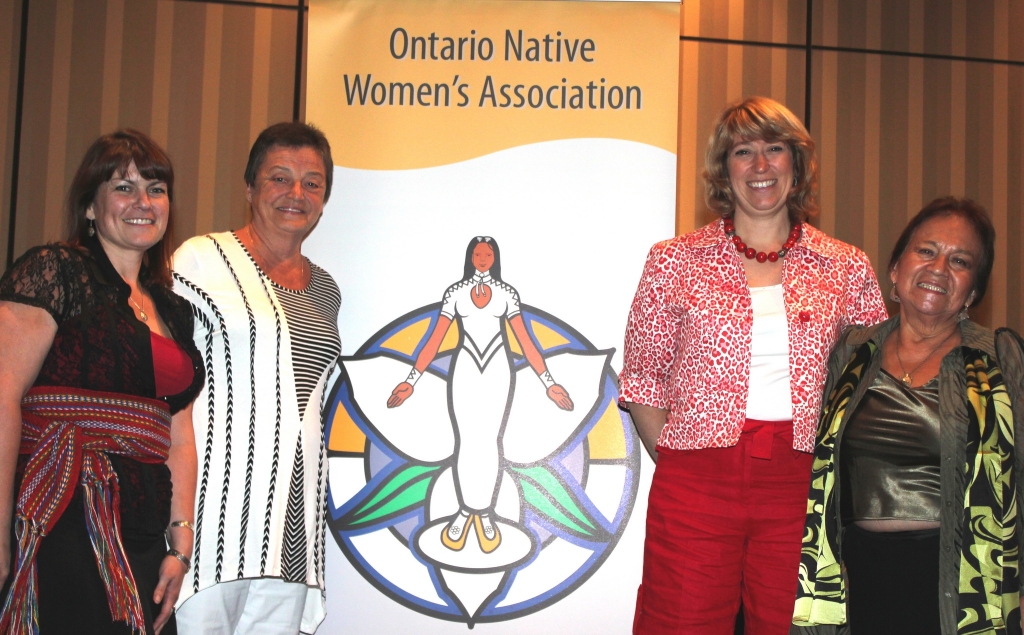 Ending violence against Aboriginal women and empowering First Nations youth by incorporating cultural values into the education system were the main focuses at a June 2012 summit held by the Ontario Native Women’s Association (ONWA).
Maryanne Matthews, ONWA’s media communications officer, said that it is important to reach Aboriginal youth at a young age in hopes that they can learn to stand up for themselves and understand early that violence should not be tolerated.
ONWA convened in Toronto from June 26-28 with the Ministry of Education (MOE) to hold the summit “For Generations to Come: Working to End Violence Against Aboriginal Women.” The summit included 200 delegates, including 20 Aboriginal youth.
ONWA and the MOE held sessions with the youth, and together the group discussed ways to incorporate cultural values into the education system.
“A main concern that the youth in attendance had was the lack of their language and culture in school. They felt that if these things were more prevalent in their education systems, school would become a more welcoming place and it would make them feel more involved and included,” said Matthews.
Matthews explained that if a young Aboriginal student does not feel safe or comfortable while attending school - especially those who have to leave their communities and families to earn an education - then it could cause the student to drop out. Matthews said that she would like to see the students succeed and get an education to avoid poverty, as poverty often leads to more instances of violence.
Matthews voiced that she hopes Aboriginal youth “stay in school to be in a better position to lead a healthy life.”
She explained that the long-term goals of the summit are to “raise awareness of the issue of violence against Aboriginal women and girls.” Matthews said that the issue of violence against Aboriginal women and their families is important because the matter itself has become so rampant.
In an article published in June by the Ontario Association of Chiefs of Police HQ magazine, Chris Adams, a Thunder Bay Police spokesperson, wrote that the rate of domestic violence incidents in Thunder Bay has “doubled over the last eight years.”
“If the rate of domestic violence incidents has increased that much in Thunder Bay, then the number of incidents that actually happened is higher. Most cases will go unreported because not everyone is going to want to get help when dealing with domestic violence issues,” Matthews said.
She urges those affected by violence to utilize the many organizations that are out there to aid victims. “If you are a victim of violence, seek help. It is there, get yourself to a safe place,” said Matthews.
Even though ONWA was created to help Aboriginal women and their families, “men who needed assistance have on occasion approached the association,” said Matthews. She explained that the agency does not turn men away, and that ONWA has agreements to work with different agencies.
Matthews said that the association often refers men to Kizhaay Anishinaabe Niin - which means, “I am a kind man” in Ojibwe - a province-wide entity that was created for Aboriginal men.
In ONWA’s Breaking Free report, it states that eight out of 10 Aboriginal women experienced some form of violence in their lifetime. Matthews said that occasionally violence “stems back to childhood” and it happens in a cycle.
“The psychological effects of violence are detrimental and long-lasting and the outcomes of exposure to violence can lead to issues like post-traumatic stress disorder, depression, addiction, and a disconnection from one’s school, family, friends, community and culture,” said Matthews.
Matthews said that it is the goal of ONWA to see the issue of violence against Aboriginal women and their families become a nationwide priority. Matthews stated that “Aboriginal women, girls, and families need to be protected and they deserve to feel safe in their own communities.”
“We also hope to create a meaningful and culturally appropriate strategy to reduce the incidences of – and ultimately end – violence against Aboriginal women and children.”