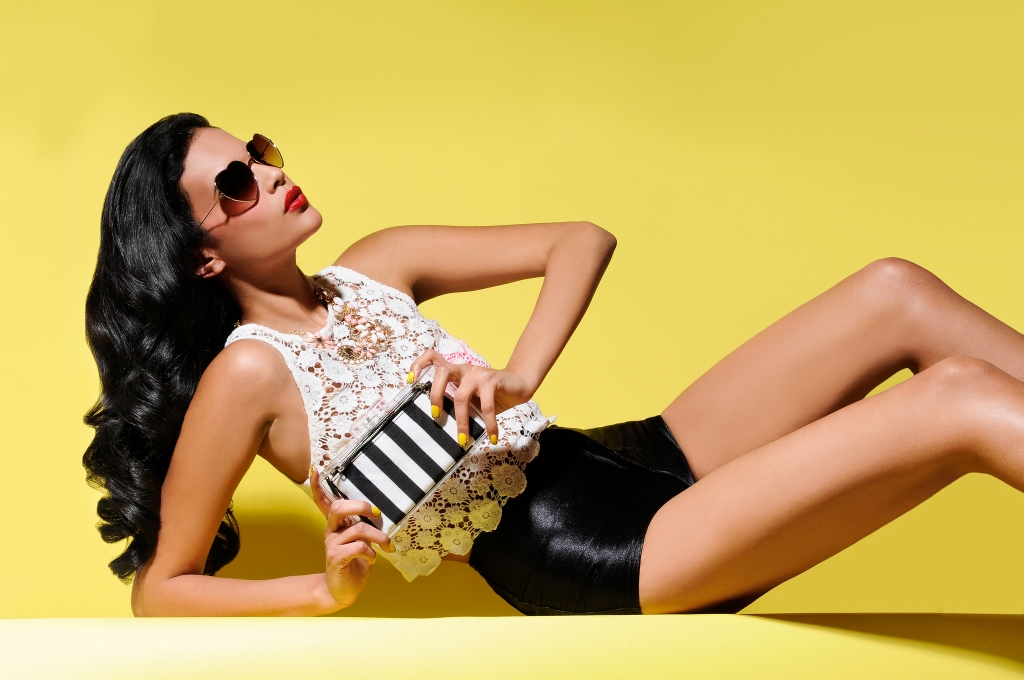 On April 19, 2013, Whitesand First Nation member Jade Willoughby, 22, signed a contract with Wilhelmina Models and Talent Management Agency. Willoughby, who has been in the modeling industry since she was 16, said that being signed to Wilhelmina Models is “unreal.”
“It’s just everything I ever dreamed of in this industry,” Willoughby said.
Born and raised in Thunder Bay, Willoughby did not have the easiest childhood after being diagnosed with a rare illness that had her on her deathbed by the age of 12.
“It (the illness) went into remission when I was 15,” Willoughby explained. “I was home schooled. But I kept pushing myself.”
It was the determination to keep moving forward regardless of the challenges life presented to her that helped Willoughby find success and a career in modeling.
“It’s not easy,” Willoughby said of modeling. “While there are a lot of things that can be fun about it, it is a lot of hard work.”
Willoughby’s favourite part of what she does in modeling is hair and make up. “It teaches me a lot about patience each time. It can take anywhere from two to five hours. I can also see the character come to life.”
“That’s my favourite part of the transformation.”
Willoughby has been featured in numerous editorials, fashion shows, and magazines. Most recently she appeared in the spring 2013 issue of Elements magazine.
Willoughby has garnered a large following online and has become a role model for young First Nations through her career as a model and also the work she has done with programs like the Canadian Roots Exchange (CRE). She was involved in the CRE’s Indigenous Reconciliation Leadership Initiative, a pilot project that involved six youth from across different regions of Canada to organize reconciliation and education activities for their area.
Willoughby was a youth facilitator for the project and participated in workshops put on by the group to help raise awareness of Indigenous culture and history.
“Our work was done with Indigenous and non-Indigenous participants, which is what initially drew me to the project,” Willoughby said. “I truly believe in order to move forward, we must be able to understand, examine, and question each other in a setting that draws on our ability to look inward and also step back and see the big picture.”
Willoughby has been a motivational speaker at events to help inspire and encourage First Nations youth. She has also organized two youth fashion shows in Thunder Bay to help the youth showcase their beauty and talent.
Willoughby’s contract with Wilhelmina makes her the first First Nations model from northwestern Ontario to be signed with the company. The company itself is one of the most recognized and largest modeling agencies in the world with offices in Los Angeles, Miami, and New York City.
“The contract entails that in the New York market, Wilhelmina will be my representation. So they will handle everything in regards to my image, likeness, my voice. They are my management agency in that market as well as LA,” Willoughby explained. “Anything I do as a model will be guided and helped along by Wilhelmina Models.”
She said that a contract is something that people in the modeling industry aspire to obtaining. The contract also requires Willoughby to relocate to New York City, a move that she is nervous but also excited about.
Willoughby was recently in New York for five days to attend appointments with a few modeling agencies, including Wilhelmina Models. She went with five other models along with her “mother agent.”
“A mother agent is exactly what it sounds like,” Willoughby said. “She takes care of everything. She’s my business partner. We have a respect for each other, she guides my career as it stands.”
Willoughby admits that upon returning to Ottawa from NYC, she was somewhat aware of Wilhelmina’s interest in her. Wilhelmina Models liked the fact that as a model, Willoughby is able to work “across the board for every market” through editorial, runway and commercial modeling.
Willoughby said that it was about a week and a half after she had returned to Ottawa from her New York City trip when the contract was sent over and she officially signed with the company.
“It was nerve-racking,” Willoughby explained of waiting to see if any offers would come in from the agencies she had visited. “Everyday my parents were checking in to see if I had heard anything. I was always checking email. Finally my agent mother texted me and told me ‘you did it.’”
“I’m exited about moving,” she said. “The energy (in New York City) is unlike something I have ever felt. And I thought Toronto was big.”
Though being away from her family, with whom she has always been close, will be a struggle for her, Willoughby is confident that she will be OK.
“I have to draw on my own independence when I am in a new city. But sometimes trying to find your way on a bus or a subway can be defeating.”
Willoughby will spend two or three months in New York, and then two or three months in Los Angeles.
Willoughy said that she is now in a place she never thought she would be. “I am excited, I am scared,” she said. “I will just embrace everything that comes.”
“Don’t ever give up,” Willoughby concluded. “Just never forget who you are and success will follow. I always remember who I am.”