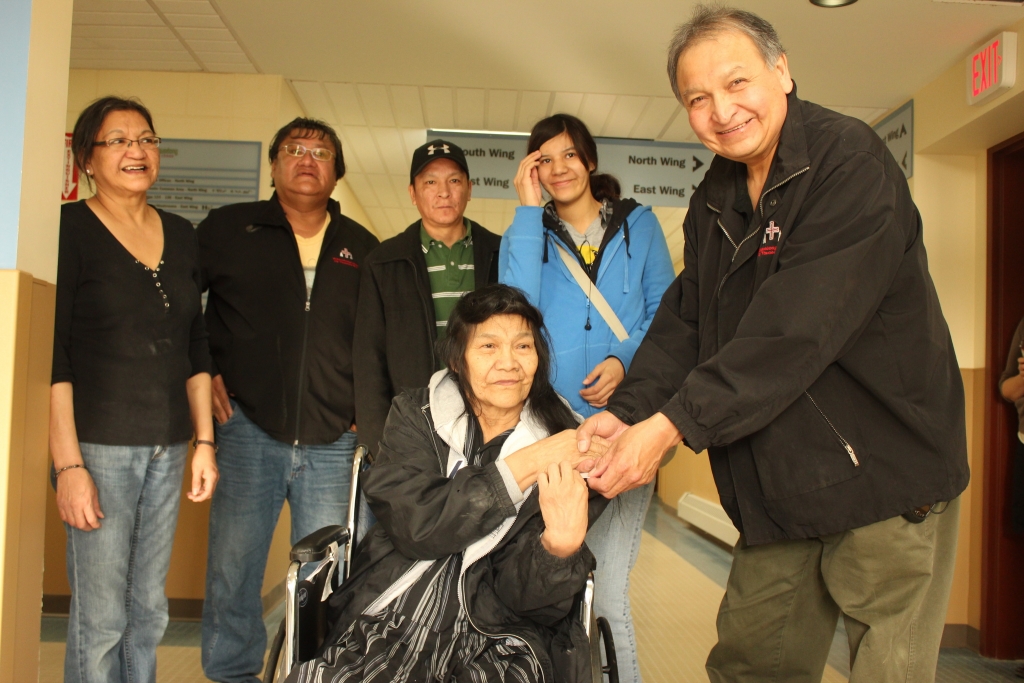 After years of placing medical service clients in Thunder Bay hotels due to a lack of lodgings, Wequedong Lodge has opened a new facility in the city that can accommodate up to 110 people.
The non-profit boarding home organization admitted its first client on Mar. 20 into its new 52-room, 110-bed facility located at 435 Balmoral St.
Wequedong Lodge Executive Director Charles Morris said the new facility grew out of a need to accommodate a growing number of clients that usually had to be placed in a hotel or motel.
“We have been renting, leasing, purchasing various small facilities in town,” Morris said. “The occupancy at the hostels we had weren’t sufficient to our increasing clientele.”
Established in 1984, Wequedong Lodge provides accommodations and support services for members from small communities in northwestern Ontario who travel to Thunder Bay for medical appointments.
Prior to the new facility’s grand opening, Wequedong had 42 beds spread between two lodges. Since Wequedong usually receives about 140 clients per week, up to 100 clients had to be put up in motels or hotels.
“We’ve been so reliant on hotel and motels that it’s eating away at our budget significantly, so this is a big relief for us,” Morris said.
Plans for obtaining a single building began in 2001 when Wequedong recognized the need in its strategic plan. After feasibility study that began in 2007 was completed, Wequedong received $4 million in March 2011 to embark on the project.
Once an unused building was purchased, renovations were completed. The new two-storey facility includes three common areas, a kitchen, dining room, laundry facilities, baggage storage room, and playground. Each room is equipped with a TV, mini-fridge for medication and lockers. All the rooms and showers are wheelchair accessible.
In designing the new facility, Wequedong made efforts to avoid the appearance of a hospital or other institutions. The bedding and paint colours are often homely and vibrant in nature, Morris said.
The new facility complements the other services provided by Wequedong, such as transportation to and from the airport, bus station and appointments.
Wequedong also provides translation services. Morris said that based on client satisfaction surveys, two-thirds of the clients prefer to be spoken in their own language. “We provide translation services in Ojibwe, Oji-Cree and we have one Swampy Cree community that we provide services to, Fort Severn,” Morris said. “It becomes a juggling act for us on occasion.”
Clients who come to Wequedong are often referred based on a central referral system out of Sioux Lookout. Usually, a doctor visits to the community and determines whether an appointment is necessary or not.
With the opening of the new facility, Wequedong closed its 12-bed Lodge 1 site. The organization will continue to use its 30-bed Lodge 3 site.
Morris is relieved to have a single building as a base of operations.
”From hereon, very little, if any, overflow will go to hotels or motels,” he said. “I’m just happy to see that this day has finally arrived.”