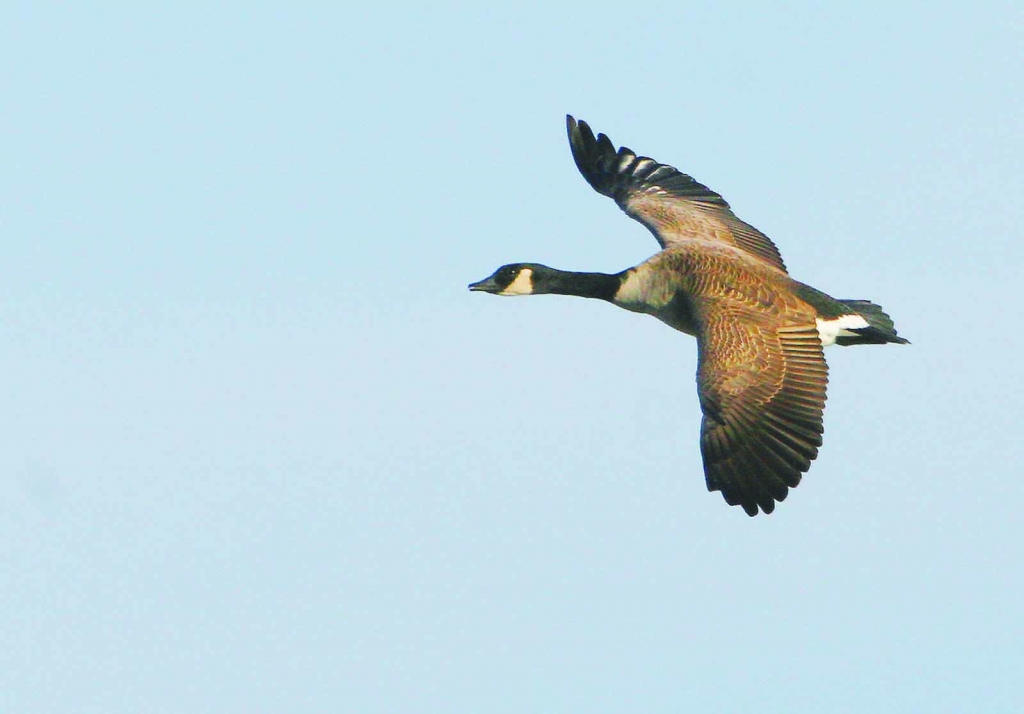 Many goose hunters along the James Bay coast are reporting lower numbers of geese in their annual harvest this spring.
Ryan Solomon of Moosonee said that he and his father were setting up their spring camp and saw geese flying that day.
“After that, they barely flew,” he said, resulting in the camp getting a smaller number of geese than usual. Other hunters in the Moosonee-Moose Factory area said the same thing.
Fort Albany Chief Andrew Solomon said that some community members also had lower goose numbers this year. A state of emergency and threat of flooding in late March did not help matters, as it delayed hunters from going to their camps, but Solomon said hunters still had trouble calling geese down to their blinds.
“What we found is that the geese went right through,” Solomon said.
Even hunters on Agamiski Island report lower goose numbers this year. The island, located off the shore of James Bay near Attawapiskat and technically part of Nunavut, is the final destination for many geese and a place where hunters harvest large numbers. Though hunters did harvest large numbers of geese this year compared to other areas along the coast, it is still low compared to previous years.
Typically, geese begin to appear in the James Bay region in early to mid-April, with mid-April being the prime hunting days. However, unseasonably warm weather in March brought goose sightings as early as mid-March as well as reduced snow and an early break up of rivers.
Many goose hunters believe the early spring thaw has contributed to the irregular goose flying patterns.
“Usually when geese see no snow or ice, they’ll fly right through,” Solomon said, adding that they would fly at high altitudes and out of range of shotguns and goose calls. “They don’t even stop or turn around.”
Louis Bird, an Elder in Peawanuck, said that signs of the early goose flights appeared in March.
“We knew this was going to be an extraordinary season when there’s thunder in March,” the 79-year-old said. “When that happens, the spring will last a long time.”
The early spring brings with it the migratory birds, Bird said, and the geese will fly high and far distances if there is not much snow. After the initial week or so of warm weather, it is common that winter-like conditions returns and geese may fly back south temporarily before flying north again, Bird said.
“They don’t like to eat frozen moss, so they go back to where it’s warmer,” Bird said.
Bird said that this unusual weather is not all that uncommon.
“It happens all the time, even in the old days,” he said. There is a record, he said, that this happened in the region as far back as 1876.
Bird speculated on what caused this year’s unusual weather and early goose flights.
“It partially may be climate change, but there’s also solar flares that hit Earth (in early March),” Bird said. “It may have disoriented the geese because they sense a disturbance.”
Bird does not believe the unusually warm weather and irregular goose flights will happen again next year.
“It should go back to normal,” he said.