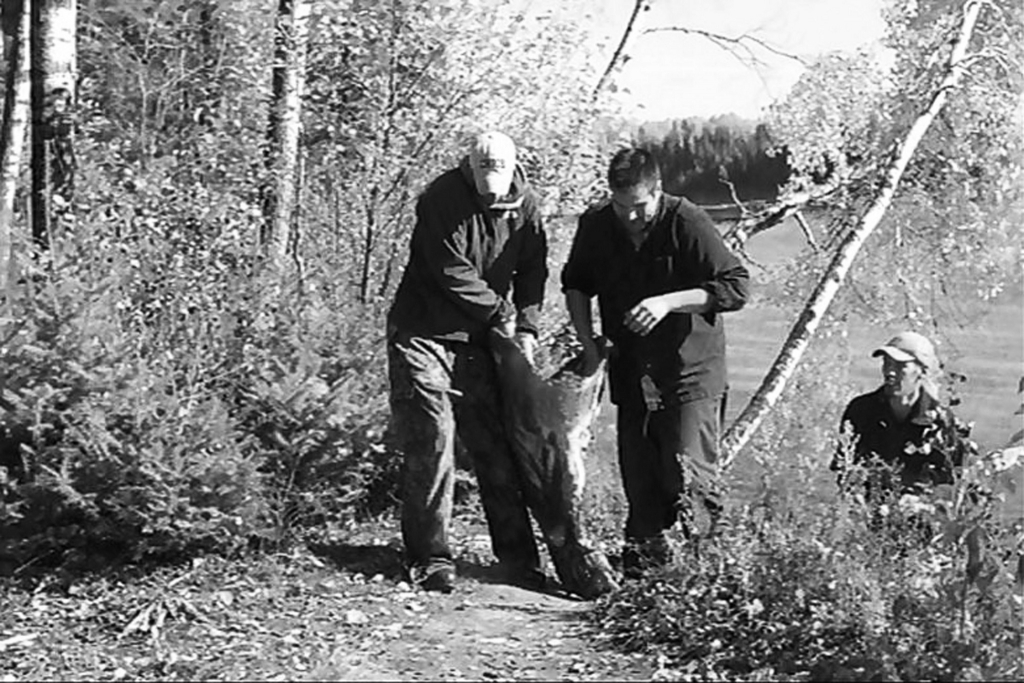 About five years ago, an Elder named George E. Echum went up to Moose Cree Deputy Chief Charlie Cheechoo to talk about the youth.
“And he told me, you guys have to start taking kids out in the bush,” Cheechoo recalls. “Too many of them are not doing anything. They have nothing to do. They’re bored. All there is here for them is drugs and alcohol.”
Cheechoo thought about it but was unsure on how to go about starting a program or initiative. Then about three years later, a young man named George Cheechoo approached the deputy chief.
George, who was 18 at the time, had limited hunting experience.
“I was looking for something to do to keep busy all day instead of walking on the path towards drugs and alcohol,” George said. “I came up to (Cheechoo) and asked him, open up something for the youth. Nothing fancy, just taking kids out in the bush and reconnecting them with their culture.”
This pushed Cheechoo to try harder to start a program. Then in June of that year, Cheechoo took six youth out on a trip out in the bush.
“And everything snowballed after that,” Cheechoo said
It was the inaugural trip for Project George, an initiative aimed at educating youth on traditional hunting, trapping, fishing and other activities. Named after Echum, who has since passed on, Cheechoo said the program takes youth out year-round, trapping in the winter and fishing in the summer, and anything in between.
“Last winter, we went trapping and they were probably the most successful kids in the area,” Cheechoo said. “They got 150 marten, four lynx. We didn’t count the number of rabbits or partridge. And 75 per cent of the meat we got, we gave to the Elders.”
The project also has non-traditional activities, such as snowmobiling, waterskiing, and wake boarding.
Cheechoo said the program has been successful in educating and motivating the youth. He said three of six youth who went on the first trip now work for the First Nation.
“Three years ago these kids didn’t know how to trap, let alone set up a rabbit snare,” Cheechoo said. “This past winter they were teaching kids how to do that.”
Cheechoo said youth who take part always want to go again and are often ready to go within minutes of being notified of an upcoming trip.
“These are the kids that for some reason are ignored,” he said. “These are the kids that don’t play hockey, go to dances, or go to meetings or events. They have to go look for them.”
And while most of the youth who took part are those who never had access to the traditional activities, Cheechoo does not reject anyone. The youngest member to go was about 13-years-old while the oldest was 25. And he has taken non-Moose Cree members, including non-Native youth.
Project George was initially a personal endeavour for Cheechoo, but it has since been adopted by Moose Cree First Nation and has gained several partnerships, such the town of Moosonee and MoCreebec. The Northern Store has provided funds for groceries for the trips while the Ontario Northland Railway provides free travel to the Onakawana River, which is more than 50 miles down the railway tracks from Moosonee, where Cheechoo takes the youth to a camp about a mile in the bush.
“Never in my wildest dreams did I think it would work out this well,” Cheechoo said.
But while the program has exceeded Cheechoo’s expectations so far, he said there is still a need for more funding for the growing program.
“I’m hoping later this year we have a full-time coordinator and a couple young men working,” he said. “We’re fairly busy and my dream is to make this a full-time department within Moose Cree.”
On the Project George website (moosecree.com/projectgeorge), there is a video showcasing the program and the youth taking part in activities. It also contains a testimonial of a youth who wished to remain anonymous. The youth, whose testimonial was read by another community member, said that he had bouts with depression and battled drugs and alcohol.
“On that day, I had chosen to commit suicide and I gave all my possessions to family and friends,” the youth wrote. Later that morning, Cheechoo called the youth inviting him to come to camp, and when the youth declined, Cheechoo was persistent. The youth agreed to go only to get him off his back. “Eventually the truck pulled up with five kids and I jumped in and went off to Onakawana,” the youth wrote.
Cheechoo said the testimonial has proven that the program has made a difference.
“It’s something we should have did long time ago,” he said. “All we do provide is something for them to do, something they can do in their later years.”