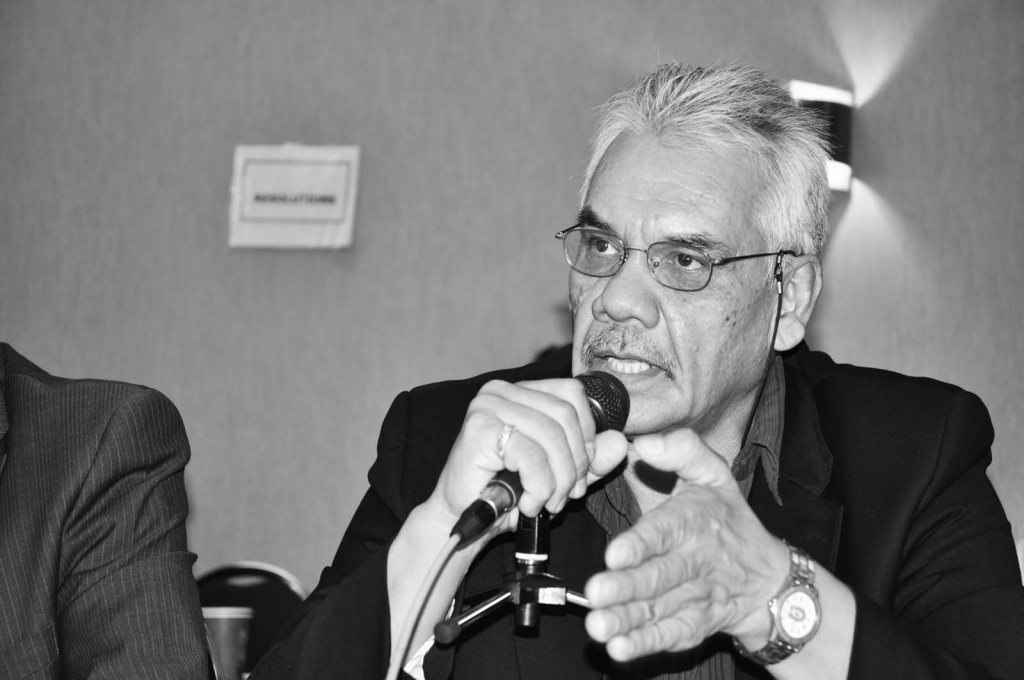 Mushkegowuk Grand Chief Stan Louttit was recently the recipient of an honourary degree from Nipissing University.
On June 14, Louttit received an honorary doctorate in education from the university in North Bay. In a press release, Nipissing University said Loutit was considered due to his 25-plus years of devotion in the field of politics to improve the lives of the people in his region.
“He is known for his leadership and his advocacy work on housing, clean water, resource extraction and other issues affecting the lives of First Nations people in the Mushkegowuk territory,” the release said.
The university notified Louttit months ago, informing him that he was being considered for the degree.
“When I first got the notice, I didn’t really think much of it, the fact that I was being honoured,” said the Fort Albany First Nation member who grew up in Attawapiskat. “I thought to myself, well, if they recognize me for me doing my job, fine.”
But leading up the event, people approached Louttit and told him it was “great” and “a real honour that they’re doing this for you.”
“Only then, did it start sinking in that perhaps that this is something really good and something I should be taking with a real honour and acceptance,” Louttit said.
When he was on hand to receive the award, Louttit said it was then that the honour sunk in.
“It’s a great honour to be recognized by a learning institution like Nipissing University, that’s recognized provincially and nationally as one of the leading institutions anywhere, especially with its First Nation content and its curriculum and its makeup,” Louttit said.
Four other recipients of the honorary degree, including former Canadian Prime Minister Paul Martin and former Ontario Premier William G. Davis, joined Louttit at the event.
“This is a stellar group of individuals, including a prime minister, a premier, a grand chief, a university president and a founding member of Free the Children,” said Vicky Paine-Mantha, Nipissing University president and vice-chancellor (interim), in a press release.
“The university is deeply honoured that these amazing leaders feel strongly enough about Nipissing University, our mission and our future, to support and recognize us through the acceptance of an honorary degree.”