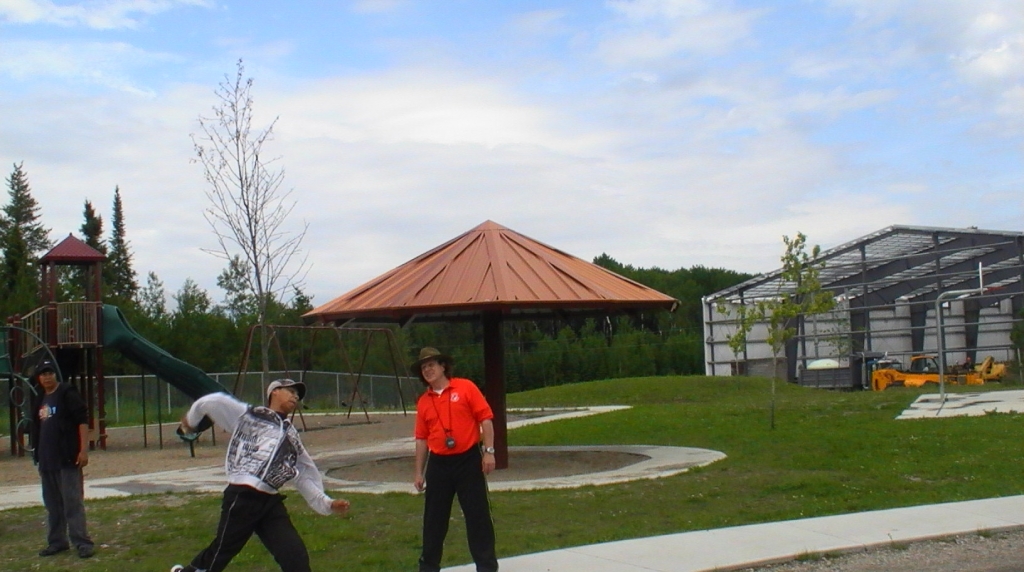 When 14-year-old Colby Moose of Poplar Hill First Nation made his first toss in a softball throwing competition in Lac Seul, Scott Haines could not believe it.
“Holy smokes,” said Haines, a track and field coach who coached Team Ontario at the last two North American Indigenous Games.
“When it left his hand, it just launched.”
The competition was part of an event organized by Haines to qualify the local youth to compete in the Hershey Track and Field Games (HTFG), a North American youth sports competition in Hershey, Pennsylvania where 480 athletes compete.
Haines had tried to bring a local team to a HTFG event in Thunder Bay but could not make the arrangements, so he contacted a HTFG representative to see if he can set one up in Lac Seul.
“So she just said, have it at your school there and register the event,” he said. “The kids did the softball throw and standing long jump.”
Every student at the local school took part, but it was Moose who stole the show.
“Right after the first throw, we knew it was something pretty good,” Haines said.
Moose’s toss reached a distance of 202 feet and 8 inches. After Haines submitted the scores to HTFG, he discovered Moose finished second in his age group in Ontario.
“Last year, he would have been third at (HTFG) in Hershey,” Haines said.
Unfortunately for Moose, only the first place finishers are invited to Hershey. But Moose has no hard feelings about not making the games.
“I felt good about it,” he said of his toss. Moose said he plays mostly baseball in the summer months back home in his community and hockey in the winter. Sports come naturally for the Grade 8 student. Asked if there is any special technique or trick to his long throws, he said, “I just throw it.”
Moose could not only throw at long distances, but with some speed as well.
A local police officer took out a radar gun and recorded Moose’s throw. He tossed at speed of 99 kilometres-per-hour (or 60 miles-per-hour).
“A kid like this, he could be a professional baseball player,” Haines said. And while Moose would love to play sports as a career, would he prefer baseball or hockey?
“Hockey, probably,” he said.