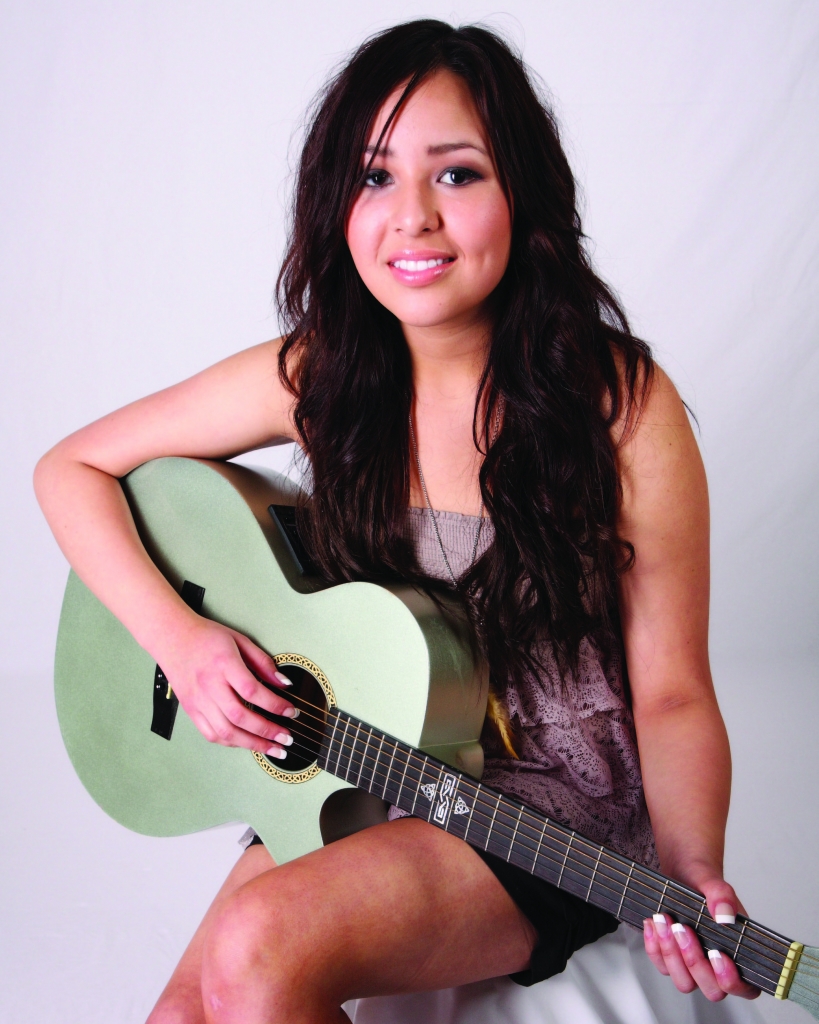 Ali Fontaine, a country singer and a Sagkeeng First Nation band member, will be turning eighteen this month. So far in her young life, she has already won two Aboriginal Music People’s Choice Awards for her self-titled debut album – which was released in 2011 – and a Most Outstanding Manitoban award.
On her Aug. 16 birthday this year, Fontaine will be playing the same stage as Susan Aglukark at Toronto’s Harbourfront Centre for the Planet IndigenUS Festival.
“It will be a nice birthday present,” Fontaine gushed about the upcoming performance. Fontaine has worked hard as an artist to reach this point, and has no plans on giving up her burgeoning career as a country musician just yet.
Fontaine has always been a creative spirit; she remembers writing a lot as a young child in her home community. “When I was eight, I used to write songs and poetry. I’ve always loved writing,” she said.
The third track, Hey, on her debut album is the first song Fontaine ever wrote.
“It’s a love song but it wasn’t really about anyone,” Fontaine explained when questioned of the song’s inspiration. With a laugh she elaborated that she really wanted to write a song and “love songs are always easy to write because love is universal.”
Fontaine used the song Hey to enter the fall 2010 NCI Jam contest that was held in Winnipeg, where she came in third.
Fontaine has always been an avid participant in various contests and social-events. She wrote a song entitled “I Miss You” that she entered the C-Weed Star Attraction Showcase with. The song was written for her beloved grandmother who passed away.
Fontaine was selected as one of 10 performers to be given a chance to record her original song with Errol Ranville of C-Weed Band Fame producing.
Following the showcase Fontaine approached Ranville and asked him to help her with her music, and the two worked together on her first album. They are currently in the process of recording the follow-up, Diamond in the Rough, which Fontaine hopes to finish soon.
The last year of Fontaine’s life was difficult when it came to finishing her high school education and keeping up with her musical aspirations.
She left regular high school and got her diploma through adult-education, which is something she may have to do again this fall when she goes to university.
Fontaine is interested in becoming a lawyer, and feels very strongly about protecting treaty rights. Though she has dreams of law school in her mind, Fontaine is adamant that she will never stop making music.
Fontaine’s musical role-model is Crystal Shawanda, the Aboriginal country music superstar. “I haven’t met her yet, I want to so bad. I came close twice but it never happened,” Fontaine laughed.
Fontaine used music as an outlet to deal with any stresses that came her way. She successfully avoided turning to rebellious behaviour like some teens do when faced with a problem or an issue just by staying active in music and writing.
Fontaine had to deal with her share of bullies growing up, as well. The opening track on her first album is called Say it to me and Fontaine feels it was one of the angriest songs she’s written since it addresses the people who bullied her and tried to tear her down. Fontaine doesn’t regret what has happened to her, though. She feels that if the bullying never happened then the song would have never been written, and it would not have been on the album.
The video for the song Say it to me was filmed in New York City and features Fontaine walking in heels that would make Carrie Bradshaw proud. It is a satisfying occasion in the Big Apple in which she shows those who tried to bring her down that they did not succeed.
Of the 10 tracks on her debut album, she wrote nine of the songs. Fontaine pays homage to Ranville with a cover of the timeless C-Weed Band song “Run as one.”
“It’s my favourite C-Weed song, and I wanted to give back to Ranville and sort of say thanks for everything he has done for me,’ Fontaine explained. Her sisters also perform the traditional singing at the beginning of the song, and she hopes to pass on the message of “Run as one” to younger generations of Aboriginal people.
Fontaine is scheduled to play a show Aug. 5 at the Fisher Cree Nation’s 8th Annual Community Celebration alongside other notable acts like C-Weed Band, the dance troupe Sagkeeng’s
Finest, and the legendary Tanya Tucker.
Tucker has enjoyed a very lengthy career in country music that started at a young age, and Fontaine hopes to have the same success.
“Music is who I am. I want to continue making it for the rest of my life,” Fontaine said.
Lookout for Fontaine’s second album, which is to be released in the near future, as well as her debut album which is available now on iTunes.
Fontaine also has four submissions in different categories for this year’s Aboriginal People’s Choice Music Awards.
There is industry voting happening right now to determine this year’s nominees for this year’s awards. Public voting begins on Aug. 13 and will be open online until Sept. 3.