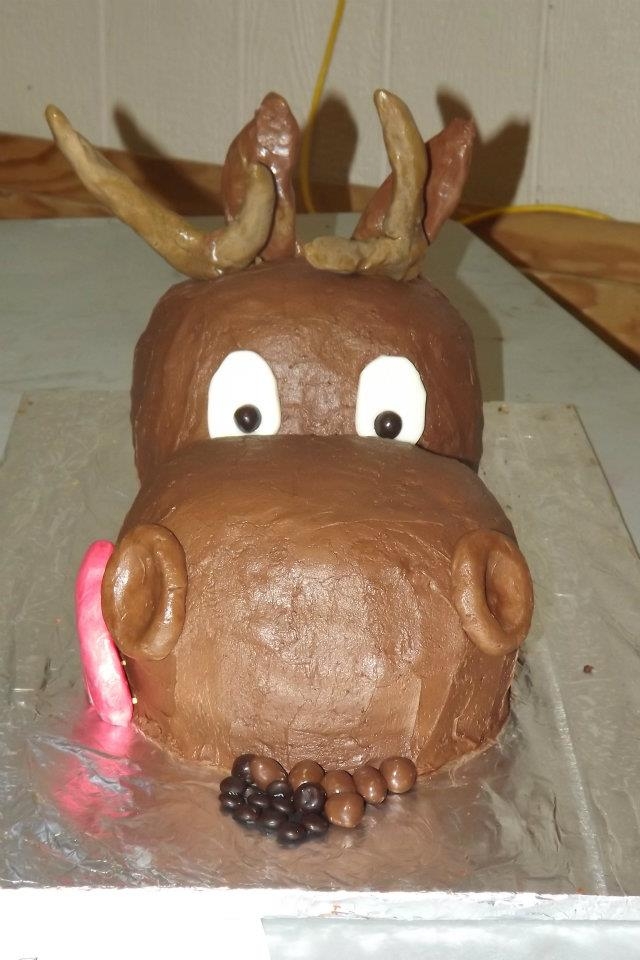 Eabematoong First Nation had their Summer Festival, full of various activities and challenges, during the week of July 16 to 21.
Last week, a three-person committee comprised of Stella Waboose, Naomi Atlookan and Doreen O’Keese organized the Summer Festival (known to many as Indian Days). The weeklong festivities included events like scavenger hunts, a wedding dress design challenge for women, Cake Boss cake decorating contests, blindfold-canoe races and So You Think You Can Dance competition.
After years of not having any summer festivals, Waboose and the other committee members in January decided to start planning for a weeklong event in the coming summer.
“I can’t remember the last time we had Indian Days, it’s been so long,” Waboose said. “It used to be a weeklong celebration. In January, six of us planned for a summer festival but three people left the group.”
Waboose, Atlookan, and O’Keese did not want to give up on their goal of doing something for their community, so they devoted a lot of time and effort into planning an exciting week of games and contests. The chief and council helped the committee by bringing in fiddlers for musical entertainment from the neighboring community of Webequie. The education authority in Eabematoong also let the committee use the gym and the recreation equipment, something Waboose is very thankful for.
“We needed 23 canoes for the blindfold canoe race. We had to do it in two races,” Waboose explained. She and her fellow committee members were quite surprised by the festivals turn out and the amount of people who participated. “At first, there weren’t too many people who signed up for events, but then the phone calls started flooding in. It was overwhelming with the amount of participants.”
The Summer Festival committee kept the participants busy with 22 events like The Name Says It All boat race as well as a 60+ Hip Hop contest. Waboose said that the Healthy Babies Healthy Family group also joined in with putting on events near the end of the week geared towards toddlers and also handed out prizes.
Waboose feels that everyone enjoyed the festival, and the weeklong celebration seemed to unite the community and brought it together to have fun. Her favourite part of the festival was the fireworks that signalled the end of the merriments Saturday at midnight.
“We received a lot of compliments about the festival and the fireworks. It felt really good,” Waboose said.
Waboose added that much of the credit for the success of the events has to go to the community members, who came out to support and enjoy the festivities.
“The members of our community were the ones who made this event a success so we are very thankful to the people of Eabametoong First Nation,” Waboose said. “In the beginning of our thank you’s, we would like to acknowledge Kitchi-manitou, and the end would have to be the people from other communities who came to share this event with us. Thanks.
The Summer Festival committee plans on hosting the event again next summer.
Results of the Summer Festival
competitions:
50+ BOAT RACE -2 Males & 2 Females - Bella Shawinimash, Irene Waboose, Dougie Waswa & George Waswa
Wedding Dress Contest for Women - Sharon Allen
Bannock Making Contest - Ellen Neshinapaise
SO YOU THINK YOU CAN DANCE FORT HOPE (Adults 17-UP) - Joseph Oshag, Cauley Mishenene, and Ryan Wabano
Scavenger Hunt - HSS Clinical Services Staff and Chasity Hudson
Youth Cake Baking Contest - Kyler Atlookan
Youth Best Decorated Bike - Skylar Mequanawap
Make Your Own Raft Race - Marlene Atlookan & Darren Boyce
SO YOU THINK YOU CAN DANCE FORT HOPE Pt. 2 (Youth 8-16) - Flloyd Atlookan
Youth Cardboard Castle Contest - Madison Missewace
IRON MAN - Larry Baxter
IRON WOMAN - Katy Neshinapaise
BLINDFOLD CANOE RACE - Leo Moonias, Brenda Keeskitay, and Jamie Quisses
60+ HIP HOP CONTEST - Ellen Neshinapaise and Anninias Papah
Youth Shoreline Fishing Derby - Ryan Yellowhead
Cake Boss For Men - Andrew Yesno
Men Fast Walking Contest - Wayne Atlookan
Womens Fast Walking Contest - Grace Bottle of Marten Falls
Tightest Jeans Contest for Women - Grace Bottle of Marten Falls
‘THE NAME SAYS IT ALL’ Boat Race - Ann Waswa, Hannah Waswa, Danielle Waswa, Ben Waswa, Charlie Waswa, and Jason Waswa
Best Decorated Truck Contest - Dougie Waswa & Quincey Okeese
Tightest Jeans Contest for Men (by popular demand) - Matthew Shawinimash
Our participation draw winner for the grand prize iPad 2 was Ellen Neshinapaise
Sadly, there are no pictures of the winner of the Tightest Jeans contest for Men.