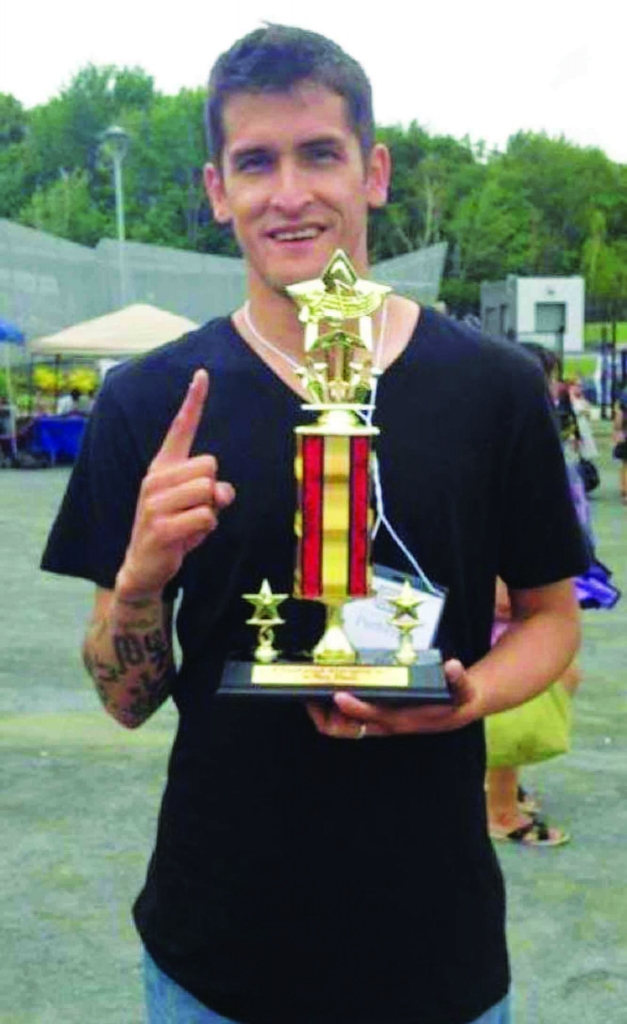 Moose Cree’s Nathan Cheechoo almost did not enter the Aboriginal Idol contest in Sudbury, which took place on Aboriginal Day.
A nine-hour journey and two songs later, the 26-year-old emerged as the victor in the performance contest, beating out nine other contestants.
Cheechoo, who has five children and step-children, said he was worried about being out of practice after years of not performing live and finding the time to rehearse. He also never entered a music competition.
“So I just sent (the organizers) one of my older videos on Youtube to see if I qualify, just to chance it,” he said.
He received an email from an organizer who told him he was easily one of three shoe-ins for the contest.
Cheechoo and Mattagami’s Matt Naveau were the only male performers in the competition. Cheechoo felt intimated performing against female singers.
“When I see women competing, they’re usually very powerful singers,” he said. “And a lot of ladies don’t enter contests if they’re not confident, so that’s what scared me.”
The contest took place on a soundstage before a large audience.
“I’m used to more intimate settings, where the audience is closer to me,” he said. “And being that I haven’t played for a year-and-a-half, I felt nervous.”
When Cheechoo first took the stage, he opened with a song called “Wake Me Up”, which can be found by searching “mahtay” on Youtube.
Cheechoo said it was nerve wracking prior to his performance before a large audience and three judges, but once the song started, he felt more at ease.
“Being onstage, it’s comfortable, and easy,” he said.
After the contestants played a song, the judges narrowed them down to five.
“The way they announce it, it’s very slow and suspenseful,” Cheechoo said, laughing.
For the second round, Cheechoo played a song called “Believe,” which he wrote four years ago. At the time, Cheechoo was in the midst of establishing himself as a musician, performing in various communities and at one point headlining a performance at the L’Oreal fashion show in Toronto.
“A lot of people didn’t want me to excel in my ability to sing and perform, “ he said, adding that he only had the support of his friends and family. So the song encourages people to “follow your dreams, don’t give up, and don’t rely on anyone else to do it for you,” he said.
Cheechoo said the performance included some interaction with the audience, which he believes helped in the judge scoring.
After another suspenseful announcement of the runners-up, Cheechoo was surprised to be named the winner of Aboriginal Idol.
“It was a pleasant surprise, because there was some really good singers there, and it was tough,” he said. “It’s the first time I ever won anything, ever – in my entire life. I never placed first in anything.”
Despite the win, Cheechoo said it was humbling to win against other talented singers.
“I know how it feels to lose, when you try your hardest to be the best you can be,” he said.
“I was happy and smiling, but I tried to keep it toned down.”
The performance has reinvigorated Cheechoo’s love for music and performing.
He will be performing at Moose Cree’s Gathering of Our People event, which takes place July 25-29. He said he will be playing with a full band for the first time.
He hopes the performance will lead to a collaboration to put out an album “I just turned 26, so I still have lots of time,” he said.