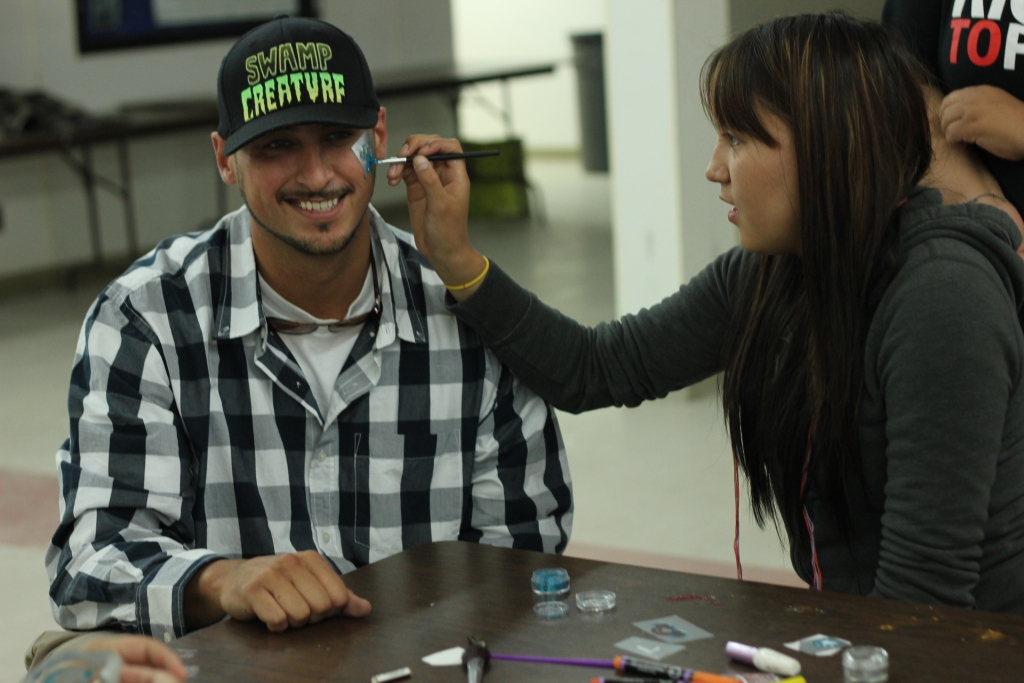 Ten years ago, the idea of reviving an old tradition took flight in Moose Factory when the first Creefest was hosted alongside Moose Cree’s Gathering of Our People (GOOP).
“We started in 2003 here in Moose Factory, and for some amazing reason we ended up back here to celebrate our 10th event,” said Creefest coordinator Greg Spence.
For the 10th anniversary of the annual Creefest, held July 25-28, hundreds gathered in Moose Factory to celebrate.
Mushkegowuk Grand Chief Stan Louttit said the gathering is about getting together as families and communities.
“Going back in our history, we’d spend cold hard winters in the bush, and in the summertime we’d come home and gather in central places,” he said. The first Creefest arose when a group of Elders felt that old tradition needed to be revived, he explained.
“So we gather as communities and it is a time to celebrate our culture, our life, the arts,” Louttit said. “Just gathering and meeting old friends, and reminiscing. It’s about celebrating our Cree-ness.”
The event kicked off on July 25 with a variety of activities during the day set up around the Thomas Cheechoo Jr. Memorial Complex.
In a shaptwon set up outside, traditional cooks prepared a variety of meats and dishes to be sampled by anyone who wanted to taste traditional Mushkegowuk food, which included goose, duck, moose, fish, bannock, beaver and muskrat.
Just outside the shaptwon, tea was brewed over an open fire, where anyone was welcome to sit around and chat.
At another tent, various musicians performed onstage. Throughout the four-day festival, entertainers would perform throughout the day, whether it was scheduled performers or an open mic.
Various events took place in the community hall, including an X-Box Kinect dance tournament, a traditional powwow, a series of wrestling matches provided by TWA Professional Wrestling, children’s face and nail painting and community breakfasts every morning.
Fiddling and square dancing is a fixture at gatherings along James Bay, and at Creefest, fiddling groups played both outside and on the main stage. On July 26, square dancing was the key performance in the evening as a dance group from Kashechewan performed. The gathering also welcomed the Creeland Dancers, who arrived all the way from Saskatchewan to show their unique spin on the square dance. Then a community dance was held, where emcee Lawrence Martin called upon members from one Mushkegowuk community at a time to take the dance floor for a song.
Every evening, musicians and entertainers took the main stage on the arena pad. Hip-hop group Winnipeg’s Most headlined the opening night while the Juno award-winning Cree rock band from Quebec, CerAmony, headlined the July 27 concert. Comedic puppeteer Derric Starlight, who added a Native flair to his dead-on impressions of various Jim Henson and Sesame Street puppets, also performed during the evening.
The final night of Creefest featured musical acts from the region, including Moose Cree’s Nathan Cheechoo, Midnight Shine, which featured Attawapiskat’s Adrian Sutherland, the Alex McLeod Blues Band from Six Nations and Moose Cree’s own country band, The Wild Flowers.
The evening was topped with a highly anticipated performance by country music star Crystal Shawanda, who flew in from Nashville to perform.
The theme of the 10th annual Creefest was Unity Through Celebration.
“We have to celebrate life,” Spence said. “We have been losing young people, and we see tragedies almost every day, we’re losing our Elders. And yet we have to celebrate. We have to go on.”
As the festival wound down, Spence reflected on how Creefest has grown over the last decade.
“I think Creefest for last 10 years, we have united our communities,” he said. “They hear about so much and they look forward to it. Like I always say, just put away our pettiness, jealousies and conflicts, and be together for four days.”