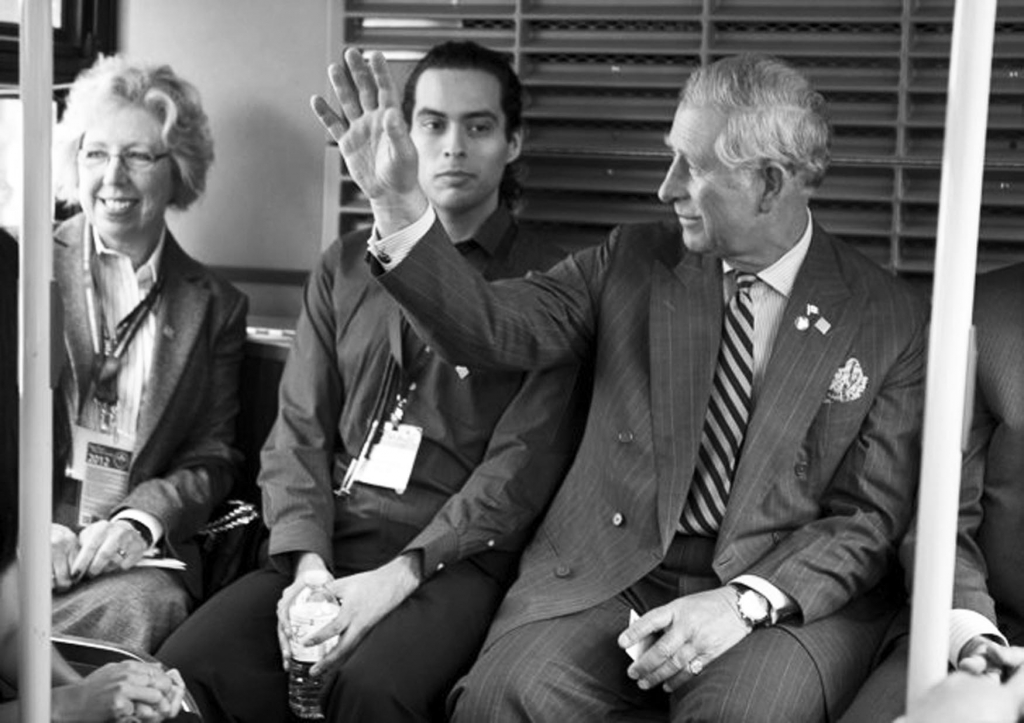 Matthew Poulin of Bearskin Lake First Nation was in disbelief when an Aboriginal organization told him he had an opportunity to meet royalty.
Poulin, who grew up in Sioux Lookout, was looking for volunteer opportunities from Miziwe Biik, a Toronto-based organization that provides training and employment opportunities for Native people, after completing his first year of a computer studies program at George Brown College. Weeks later, they called him back.
“She told me I wasn’t going to believe what she was going to ask me,” Poulin, who completed high school through Miziwe Biik, recalled. The organization was asked to find a First Nations youth to be part of the Royal Visit to Toronto, and Poulin was chosen and asked if he would like to meet with Prince Charles on May 22.
“I jokingly accepted it,” he said. “But it turned out to be true.”
Poulin said he was surprised and nervous at the prospect of meeting the Prince. He underwent a training session where he learned “certain postures” and when speaking to Prince Charles, to address him as “Your Highness.”
When the day came, Poulin, other youth and CEOs awaited for the Prince’s arrival at the Yonge Street Mission, where Prince Charles was to make an address on his charity. The Prince arrived midway through the hour-long event. When he first stepped in, Poulin said everyone in the room stood up.
“It was like when a judge comes in,” Poulin said.
Afterwards, the youth and the Prince got on a Toronto Transit Commission bus where the Prince was to be given a brief tour of downtown Toronto.
When Poulin first entered the Yonge Street Mission, there was no one outside. That changed when the youth boarded the bus to await the Prince.
“There were hundreds of people outside all cheering, with cameras,” Poulin said.
It was when Prince Charles boarded the bus that Poulin shook his hand.
“I just bowed and said ‘Your Highness,’ like a greeting,” Poulin said, chuckling at the memory.
At the request of the Prince, who read Poulin’s bio prior to arriving in Toronto, Poulin sat next to Prince Charles on the bus as he waved to the crowd.
The bus made a circuit from Gerrard Street to Sherbourne to Welsley and Carleton before dropping the Prince and youth off at the UforChange centre on Parliament Street where the
Prince sat in on various youth development workshops in St. James Town.
Poulin was sent to an art gallery upstairs and 20 minutes later, the Prince arrived and spoke to Poulin for a couple minutes.
“I just explained to him what (Miziwe Biik) is and how it helped me,” Poulin said. He recalled the Prince as having a firm handshake and his demeanour to be “high-spirited.”
“He was always joking around,” Poulin said.
Poulin presented the Prince with a gift from Miziwe Biik, which included sweetgrass and a cap with the organization’s logo.
Afterwards, the Prince left to attend a meeting with the Assembly of First Nations. When Poulin left later, the scene outside had changed.
“Suddenly there was nobody outside,” he said with a laugh.
Poulin said meeting Prince Charles was quite the experience.
“It was very exciting,” he said.