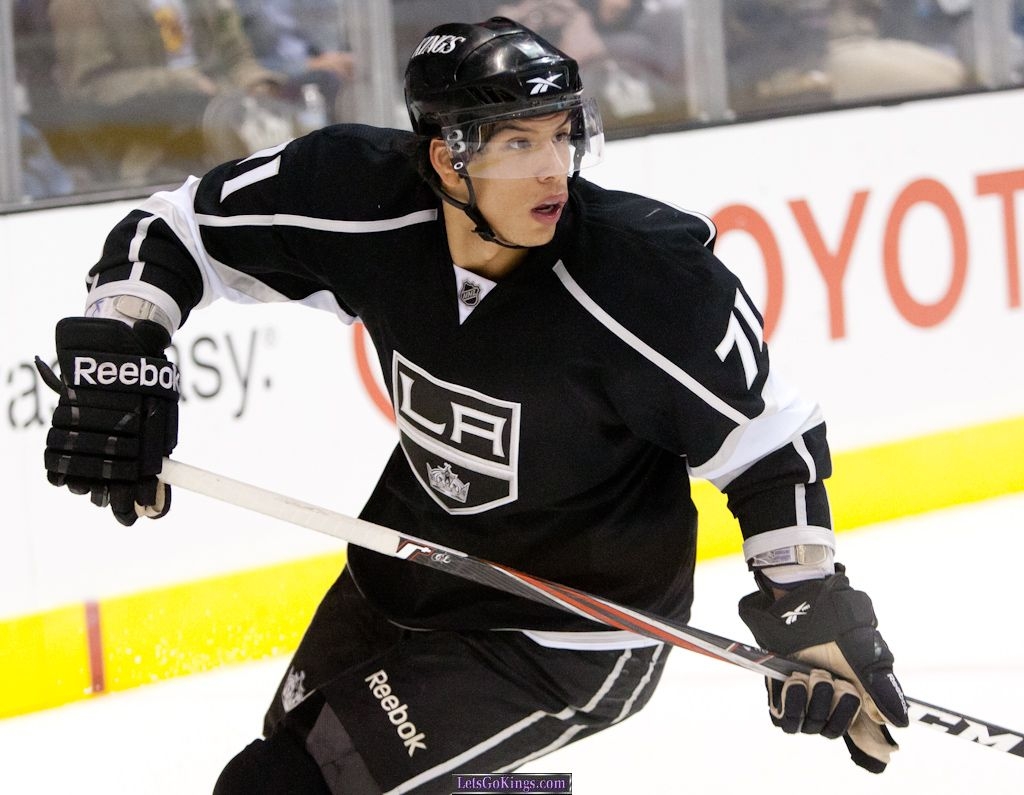 Barbara Nolan of Garden River First Nation said the community’s experiencing ‘LA fever’ these days.
“Everybody’s got ‘LA, LA’ on their Facebook,” Nolan said. “It’s just the big fever in Garden River.”
With the Los Angeles Kings leading 3-0 against the New Jersey Devils in the NHL Stanley Cup Final, there are a lot of reasons for the community to be experiencing LA fever. Garden River’s Jordan Nolan is part of the Kings team that has dominated these playoffs, utilizing his speed, size and physical play on the team’s fourth line.
Nolan said her family was “elated” when her nephew Jordan got called up from the Manchester Monarchs in the American Hockey League to join the Kings, which drafted him in the seventh round in 2009.
“We were all just happy for him,” she said. Nolan said her family kept track of the careers of other Aboriginal NHL players such as Chris Simon of Wikwemikong and more recently Jonathan Cheechoo of Moose Cree First Nation. But there was something special about having a family member play in the NHL.
“There’s so much pride when one of your own makes it, especially your own family,” she said.
Nolan said she did not see much of Jordan while he grew up in southern Ontario but at times his family visited Garden River.
“He played hockey I think ever since he was born, almost,” she said, laughing. “He might’ve been born on hockey skates.”
With Jordan’s father Ted having played in the NHL for three seasons before embarking on a coaching career, hockey has always been a part of Jordan’s life, Nolan said.
“It instilled in them that area of interest and he played hockey all through childhood,” Nolan said, noting that Jordan’s older brother Brandon was also drafted by an NHL team (New Jersey Devils in 2001 and Vancouver Canucks in 2003) before injuries forced him to retire.
Nolan was able to watch Jordan play in the Ontario Hockey League when he played for the Sault Ste. Marie Greyhounds for two seasons before he was drafted and moved to play for the Monarchs.
“We tried to follow as much as we can. We were aware of where he was at, but he’s too far, too much traveling for us,” Nolan said.
When the Kings began their playoff run, Nolan said she watched nearly every game.
“It’s all very exciting,” she said.
Her highlight to date of Jordan is his performance in Game One of the Stanley Cup Final. In the first period, Jordan checked a New Jersey defender behind the net, causing a turnover that fell on Jordan’s stick. He passed it out front to teammate Colin Fraser, who scored the first goal of the Stanley Cup Final.
“I’m kind of praying and hoping that he scores the winning goal in the Stanley Cup Final,” Nolan said, laughing. “That would be something and he’s come a long way. Even getting where he’s at now, everyone’s just so proud of him.”
It is sentiment shared by the Garden River community, she said, especially with the Kings being one win shy of taking it all.
“I think everybody is just gearing up to have the Stanley Cup visit Garden River,” she said.
“This is the community and all Native people are gonna be just welcome and it’s just going to be one big celebration.”
Though the Kings have a good chance, Nolan realized she might be getting ahead of herself.
“I can’t predict the future but I’m rooting for LA,” she said.
Regardless of the outcome, Nolan said it was been great seeing her nephew excel.
“We’re a hockey family. Our boys played hockey as well,” she said. “It’s just extra pride when it’s your own family (in the Final). Your heart just bursts with pride.”