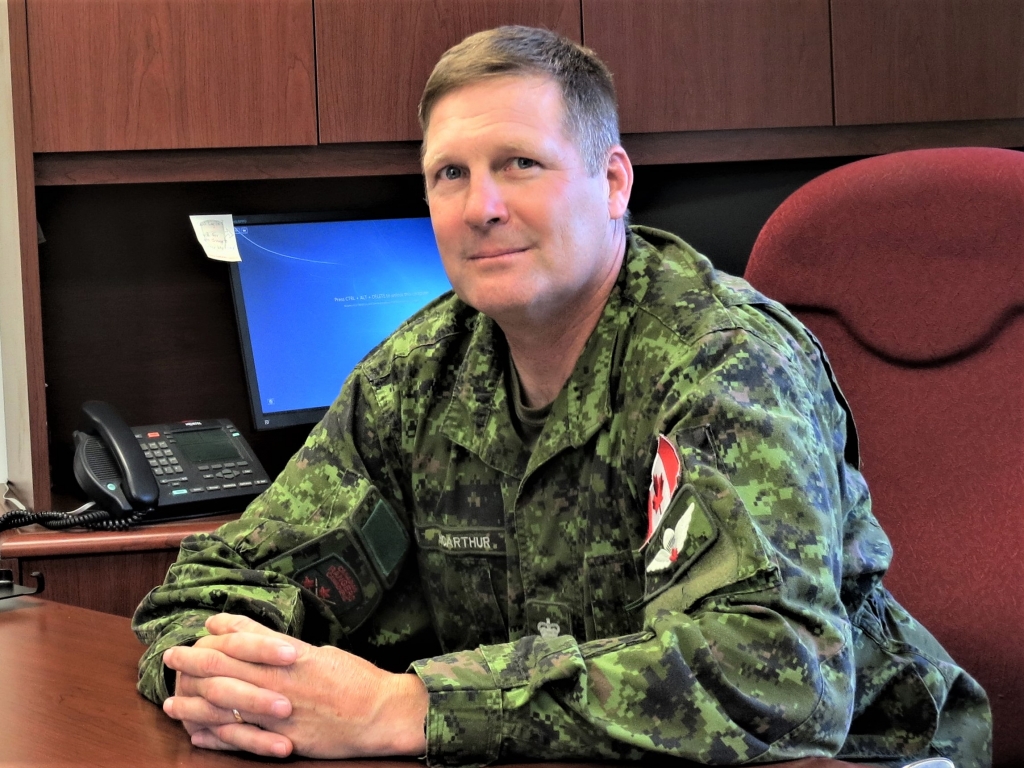 “What they did was a great success during this historic (Covid-19) pandemic,” said Lieutenant-Colonel Shane McArthur.

At the beginning of April about 170 out of a total of more 600 Canadian Rangers, who are part-time army reservists, were placed on full-time active duty in 32 remote and isolated First Nation communities across the Far North of Ontario. They became part of Operation Laser, the Canadian Armed Forces response to Covid-19. The Rangers were released from full-time active duty on August 30.

As a result the army wants to resume regular training and recruiting for Rangers in Northern Ontario.

“We have the support of the chiefs and councils and the Canadian Ranger instructors are going to go again into the communities to provide that training,” Colonel McArthur said.

The instructors are full-time soldiers at the headquarters of 3 CRPG at Canadian Forces Base Borden, near Barrie, who fly regularly into the Far North to provide training for the Rangers. That training was suspended because of the pandemic.

While they were on full-time duty for the pandemic the Rangers had multiple duties. They included liaising for the army with their chiefs and councils, conducting wellness checks, helping to ensure residents followed health guidelines to protect them from the virus, unloading and distributing freight from aircraft, screening air passengers, conducting bear patrols, harvesting traditional foods for distribution to the needy, and harvesting and distributing traditional medicines.

At the same time they performed successful search and rescue missions for missing persons in several communities, monitored river water levels during the spring breakup, and supported the evacuation by air of about 500 vulnerable people from Eabametoong First Nation when it was threatened by a forest fire last month.

“We still have a Covid-19 threat within all our northern communities,” he said. “So all of this will have to be done within a Covid-19 environment. It will be a challenge but I am confident the unit and the Canadian Rangers are up to it while we remain ready to respond to emergencies.

“The Rangers have done a great job so far and I know they will do it again if necessary.”