Annual Wabun youth gathering adapts to deal with the pandemic 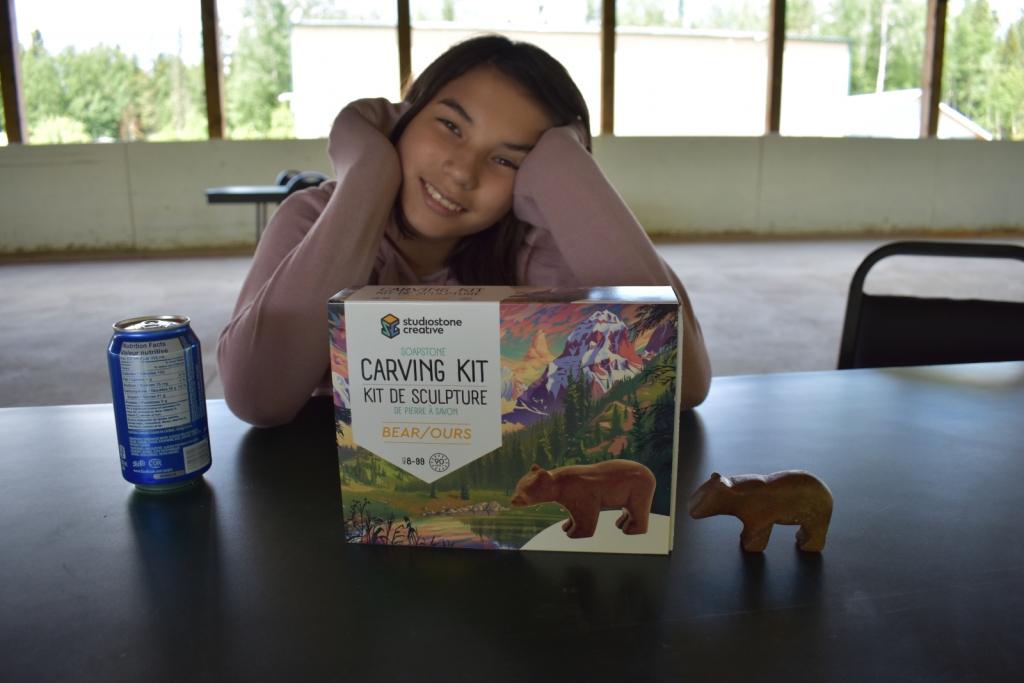 The 14th Annual Wabun Youth Gathering is being held in the Wabun territory this summer in multiple stages with a new format to protect youth and participants during a global pandemic. A small gathering was held in Matachewan First Nation on July 21 and 22 and a second compact gathering was held in Mattagami First Nation on July 28. A second day of events had been planned for Mattagami FN but due to severe storm activity and a community power outage the second day of events was cancelled.

“This year our Wabun Youth Gatherings look very different as we are all dealing with this pandemic but we have managed to move forward in a safe and careful way to keep this event going. Many thanks to our Executive Director, Jason Batise and all of our Chiefs for their ongoing support for this very important resource and support for our youth,” commented Jean Lemieux, Wabun Health Director.

Normally, Wabun Health hosts the events at a central gathering for two different age groups every summer but due to the requirements of physical distancing, keeping a minimal size to gatherings and in favouring holding outdoor activities, the format of this year’s gathering was changed. The organizers instead opted for hosting several smaller gatherings in Wabun’s communities.

Organizers instituted the wearing of masks or face coverings, maintaining physical distancing as much and as often as possible, spacing everyone six feet apart during all activities and encouraging and teaching youth to regularly wash hands and use hand sanitizer.

“We have had to make many changes to our gathering this year but we have chosen to see this as an opportunity to spend more quality time with our young people. We have smaller groups which means we get to spend more time with each participant,” explained Faye Naveau, Regional Crisis Coordinator for Wabun Health Services.

The events were headed by Naveau and Debbie Proulx-Buffalo, Mental Wellness Coordinator, Wabun Health with the assistance of Wabun Health staff in Timmins. The annual event brings together Indigenous youth from the Wabun Tribal Council First Nations in northeastern Ontario to provide educational workshops on culture, heritage, outdoor activities as well as presentations on mental health and wellness. This year’s event welcomed youth to take part in soap stone carving activities as well as sharing in personal teachings and story telling from Elders and presenters. Naveau explained that the event was also an opportunity for everyone to speak and share their stories, thoughts and feelings in a safe environment.

Elder Vina Hendrix, took part in the Matachewan FN event and Elders Clara Prince and Leonard Naveau took part in the Mattagami FN event. These Elders provided guidance and teaching for youth and as well they led in ceremonies and prayers throughout the gatherings.

Elder Prince explained that in addition to historical teachings, youth have to be encouraged to take a step into the future as well.

“I want our young people to remember their past but also to do their best to gain as much education as possible. I encourage my children and grandchildren to do their best in school at all levels because it will mean that they can help themselves and their people some day,” said Elder Prince.

The organizers were assisted in each community by local First Nation staff including Brittany Smart and Elaine Daley in Matachewan FN and Betty Naveau, Brent Boissoneau and Tina Minarik in Mattagami FN.

“This pandemic has made many changes in our lives but I think that it has caused changes for us that were also good. It has forced us all to slow down, to stay at home and to stay in closer contact with our loved ones and spend more quality time with each other,” said Betty Naveau who is involved in the Choose Life Project in Mattagami FN.

Wabun Youth new to the experience and returning young people made the effort to attend the events.

“It’s great to learn about my culture and history and to spend time with people, especially right now because we haven’t seen many people over the past few months,” said 16 year old Wiinguish (Makobe) Flood, a citizen of Matachewan FN.

First time participants had the opportunity to learn on many levels.

“It feels good to be here and to learn new things. I got to carve a wolf in soapstone we cut from one big piece and that was fun. I got to hear stories from my Elders and that also makes me happy,” said eight year old Vincent Boissoneau.

The Wabun Youth Gathering originated through the vision and dream of Wabun Elder Thomas Saunders of Brunswick House FN who lobbied for a youth gathering. Sadly, he passed on before his dream came to be but his legacy lives on.