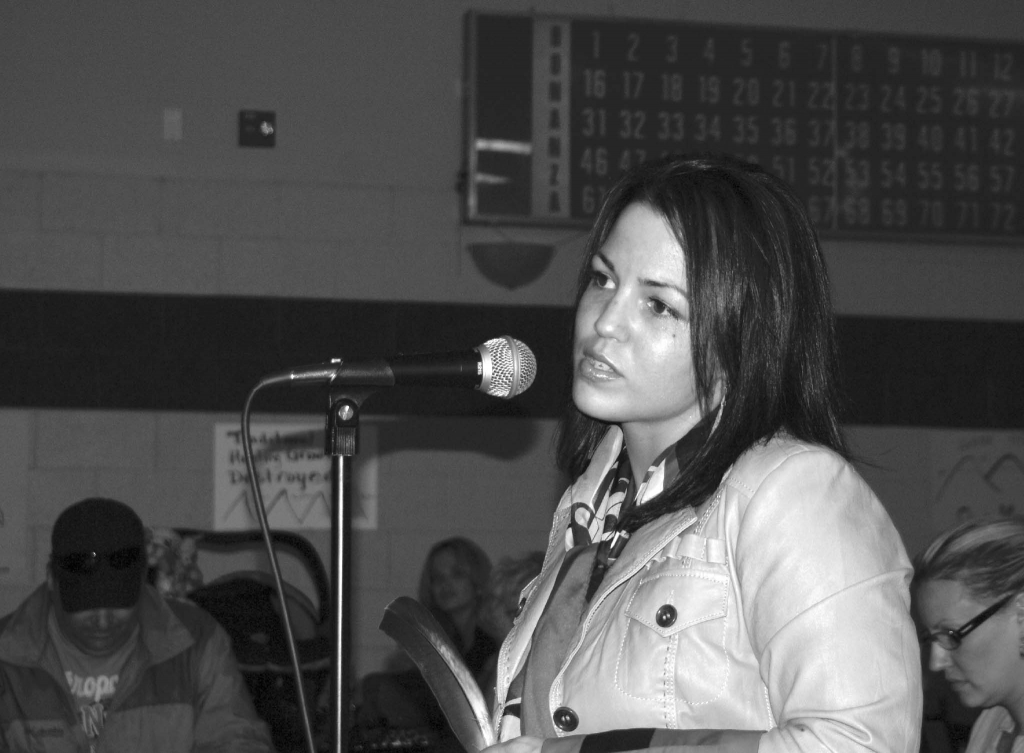 Fort William First Nation recently achieved success after an Ontario court decided it would not intervene in Horizon Wind’s application to construct a wind farm near the community.
Last month, Horizon Wind filed an application for a judicial review in the Ontario Superior Court of Justice in the hopes of gaining the immediate approval of its Big Thunder Wind Project. The project calls for the construction of 16 wind turbines on Fort William’s traditional lands south-west of Mt. McKay.
“What we were looking for was to essentially prohibit MOE (Ministry of the Environment) and the Crown from making any further approvals on phase one of the project, which is the development piece,” said Fort William Chief Georjann Morriseau. “So we were successful in that bid, that this court basically said that there will be no decisions rendered or made on the terms of an approval to grant Horizon the ability to move ahead and begin the development of phase one.”
Big Thunder Windpark Inc., Horizon Wind Inc. and Big Thunder Windpark LP, the applicants, launched the court process to seek an order of mandamus to compel the director of the MOE’s Assessments and Approvals Branch to issue a renewable energy approval under section 47.5 of the Environmental Protection Act, R.S.O. 1990, c.E.19 in respect of the Big Thunder wind energy project in Thunder Bay.
Mandamus is a discretionary remedy. It is not issued unless there is a public legal duty to act and the duty is owed to the applicant.
The May 16 decision by Superior Court of Justice judges Katherine E. Swinton, Edward F. Then and Thomas R. Lederer stated that the applicants had failed to show that the director refused to perform a public legal duty owed to them, and they were not entitled to an order of mandamus.
The decision is available online at: http://canlii.ca/t/g6xvd.
The judges also decided that the court had no jurisdiction to grant the declaration sought respecting the applicants consultation. The applicants had requested a declaration in their factum that they had complied with their consultation requirement in Section 17 of the Renewable Energy Regulation, O.Reg. 359/09.
“With respect to a declaration concerning the Crown’s duty to consult, it is premature for this court to rule on whether the duty has been met,” the decision said. “For these reasons, the application for judicial review is dismissed.”
Although counsel for Fort William had been seeking costs of $100,000 against the applicants and the Crown, the judges awarded costs in the amount of $7,500 to Fort William from the applicants. The Crown did not seek costs and none were awarded.
“We are scheduled for another hearing this Friday (June 6),” Morriseau said. “This is now our response with our critical facts and our concerns with relation to our watershed and some of the natural resources in and around that area, along with hunting and fishing and some of our traditional concerns that we had brought forward from the very onset.”
Morriseau added that community members have been tapping maple trees for the past couple of years in the area of the proposed development.
“This year they had a pretty good production of maple syrup,” Morriseau said. “I know there are discussions about expanding and continuing along that maple tree line, which has been there for many generations. My own grandmother and my great grandparents used that and they tapped those trees back in the day, so it is a traditional place. It’s definitely somewhere where we have harvested for many years.”
Morriseau said her community raised its objections to the proposed development after the project’s location was moved from a location further to the west.
“Once that (location) changed to the watershed, that’s when Fort William has maintained its consistent opposition to it,” Morriseau said. “The community is directly opposed to where they want to locate the wind turbines. We are not against wind energy, it’s just we are against the location that has been proposed and essentially imposed on the First Nation and the area.”
Morriseau said her community had not been consulted on the proposed development.
“You don’t walk into a community and say this is what we are doing,” Morriseau said. “That is not consultation; that is coming in and telling us what you are going to do to us or for us, not with us.”
A Horizon Wind Inc. official said the court process was one of many steps towards approval of the proposed development.
“The court made it clear that it wasn’t going to interfere with the Ministry of Environment’s authority to manage the case,” said Kathleen MacKenzie, director of community and public affairs at Horizon Wind Inc. “This was one of many steps in the process to approval of the Big Thunder Wind Park.”
Horizon Wind Inc. initially entered into an agreement with the City of Thunder Bay for the potential development of the Big Thunder Wind Park in 2007. The company held a community meeting in May 2011 at the Fort William First Nation Community Centre to discuss the wind power development plans, where community members aired concerns about potential effects on the Loch Lomond watershed and plants and animals near the proposed project. The company announced changes to the proposed project in 2012, including a reduction in turbines to 16 and a relocation of the turbines to reduce visibility.
“Experts have found that we are not located in the migratory paths of birds and that we have stayed away from important sugar maple stands,” McKenzie said in a 2012 press release. “We have made sure that we are at least 1.1 kilometres from any home (double the provincially-mandated distance).”