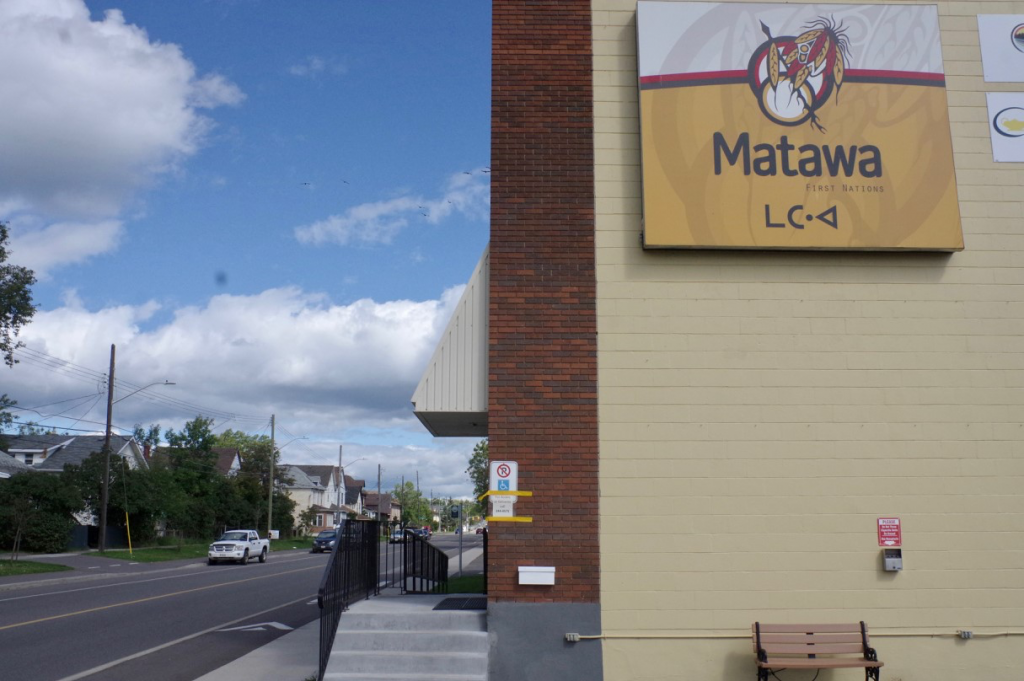 “The main point, as we stated in our (Aug. 28) press release, it’s really Ontario’s tactic to open up the north to resource development,” says Eabametoong Chief Harvey Yesno. “So they did this through changing the legislation, regulations, processes. Some of the language in the bill is really sneaky in a way, I think, because they inserted the non-variegation clause, Section 35, but really they’ve made all the changes leading up to that where they did not follow their obligation for duty to consult First Nations on any changes affecting lands and resources. It’s kind of like a shield for anticipating maybe possible conflict or challenges going forward.”

“They’re doing everything, loosening up the review of forestry permits or mining — they’ve done that through the revisions of the Environmental Assessment Act,” Yesno says. “So we’re not talking about the EA itself, we’re talking about the process and how this government is behaving basically to accelerate access to the lands and resources. And that’s where we’ve got to be careful as First Nations, to really pay attention to what the government is doing.”
Yesno says the Matawa Chiefs Council does not want to be misunderstood as being against development.

“We see ourselves as the key to development in the north,” Yesno says. “We are the ones that hold the key for certainty, both to government and to industry, who has to raise the money in the stock market. We’re one of the legs in the three-legged stool or four-legged stool.”

Yesno says a partnership was previously announced with a number of private entities to address community infrastructure such as housing, schools, water and sewer systems and energy services.

“One thing we lack as a community and as a collective is the capacity to address these, not only in terms of the financial end of it but say construction and so on,” Yesno says. “If that partnership evolves, we start with a few partners right now that we have been talking to begin to address community infrastructure, hopefully that will involve and bring in more partners into the scope. Our primary concern at each of our communities is that, and that’s what we’ve been saying all along, we need to address the lack of or inadequate community infrastructure.”

Yesno says the communities will never catch up under the current model that is implemented by the federal government and in some cases the provincial government.

“Our growth rate outpaces the spending by governments and it’s been like that for decades,” Yesno says. “In our case, when we look at our current community stock of housing, almost half of those need either a major renovation and about a third of those we’re saying it’s not worth renovating those houses anymore.”

Yesno says his community does not have the funds to rebuild those homes and will need more homes in the future due to population growth.

“We have another 84 people lining up that want new housing,” Yesno says. “So when we start looking at growth over the next 10 years, we’re going to need to double our stock of houses.”

Deputy Grand Chief Jason Smallboy says Nishnawbe Aski Nation will be holding a meeting with the chiefs in late September to talk about Bill 197.

“Generally most of our First Nations are against it,” Smallboy says. “We have heard of a lot of communities speaking up against it.”

Smallboy says a resolution was passed last November about how the provincial government passes its bills in the form of omnibus bills.

“Our chiefs were opposed to it so they passed a resolution,” Smallboy says. “Grand Chief (Alvin Fiddler) wrote to Premier (Doug Ford) and there was some correspondence sent to him stating our position that the way they are doing business is unacceptable.”

Nibinamik Chief Sheldon Oskineegish says First Nations have inherent Aboriginal and treaty rights over their homelands that must be acknowledged and respected by the Crown.

“Our rights cannot be swept under the rug by Crown governments passing legislation designed to clear the way for mining and development on our lands without our consent,” Oskineegish says. “It’s shameful that Ontario is proceeding in this way and attempting to use the COVID-19 global pandemic as a smokescreen to ignore their constitutional duties to First Nations. Nibinamik will not stand for such dishonourable action. Any developments or decisions over our homelands must be made in deep partnership with us.”

Neskantaga Chief Chris Moonias says that when Ontario and Canada made treaty their goal was simple — to get First Nations people off the land to make way for mining, forestry, dams and other developments.

“Bill 197 is just the latest in the long history of attempts by Ontario to break the treaty and violate our rights,” Moonias says. “The reality is that without the consent of our people resource development in the north simply will not happen.”

A Ministry of the Environment, Conservation and Parks spokesperson says the provincial government is committed to consulting with Indigenous communities prior to making a decision or taking action that could impact existing Aboriginal or treaty rights.

“We advised communities that there will be additional opportunities for consultation in the future and have asked for their thoughts on how we can work together so their interests and perspectives can help inform the modernized environmental assessment program,” says Gary S. Wheeler, with the Ministry of the Environment, Conservation and Parks, in an e-mail resonse. “Nothing in the Act is intended to affect the constitutionally of protected Aboriginal and treaty rights of Indigenous peoples.”

Wheeler says the legislation is largely enabling, adding it is an important step that will allow the ministry to develop and consult with the public, Indigenous communities and stakeholders on regulations enabled by the amendments.

“Some advance information on the first of these proposals, a list of proposed projects that will be subject to the new Part II.3 of the Act (Comprehensive Environmental Assessment), was provided by email to Indigenous communities on Sept. 5,” Wheeler says. “On Sept. 11, the ministry notified communities that the proposed list of projects was posted on the Environmental Registry for a 60-day public comment period ending Nov. 10.”

Wheeler says the modern environmental assessment process will continue to take account of the duty to consult Indigenous communities on decisions or action that may adversely impact their constitutionally protected Aboriginal and treaty rights.