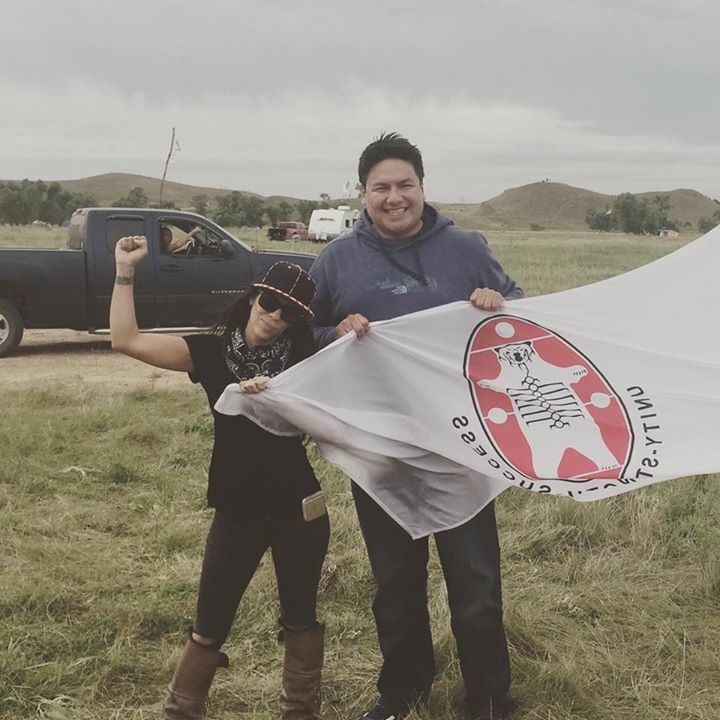 “I shared my story and the story of our people and what we do and where we’re from and talking about our homelands and shared our passion for the land and how important it is,” DGC Fox said.
“I talked about how we have a priority to ensure our kids get an education and ensure that they keep their language and their culture too… but the biggest thing for me is talking about my love for our homelands…I talked about how powerful the land is, how spiritual.”

“I understand what they are doing,” he continued. “They are protecting their water, their lands for their children, for their future.”

NAN Grand Chief Alvin Fiddler has also joined First Nation leaders from both sides of the Canada-United States border who have answered a call to action by the Standing Rock Sioux Tribe to support their rights as Indigenous People to oppose to the proposed Dakota Access Pipeline:

“I am proud to stand in solidarity with our southern relations, the Standing Rock Sioux Tribe and all other Tribes, in opposition to the encroachment of the proposed Dakota Access Pipeline on their homelands. We recognize that the construction and operation of this pipeline threatens their vital supplies of water as well as sites of great historic, spiritual and cultural significance in the ancestral lands of the Sioux Nation. We support the rights and responsibility of all Tribes to protect their territory, and we stand in unity in peace and prayer to oppose a project that could have irreversible impacts to their lands and scared sites. Many communities across Nishnawbe Aski Nation face similar encroachments and we have a sacred duty to protect our waters, waters like the life-giving Missouri River for the Sioux Nation.”

The Standing Rock Sioux Tribe is seeking to block the construction of a four-state oil pipeline near their reservation, which straddles the North Dakota-South Dakota border. Proposed by Dallas-based Energy Transfer Partners, the $3.8-billion Dakota Access Pipeline would carry nearly a half-million barrels of crude oil daily.

The Tribe has sued federal regulators and challenged the granting of permits by the U.S. Army Corps of Engineers for more than 200 water crossings. The proposed pipeline would run just upstream of the reservation, potentially impacting drinking water for more than 8,000 members and millions more downstream.

A federal judge heard testimony on the Tribe’s motion for preliminary injunction against the Dakota Access Pipeline on August 24.