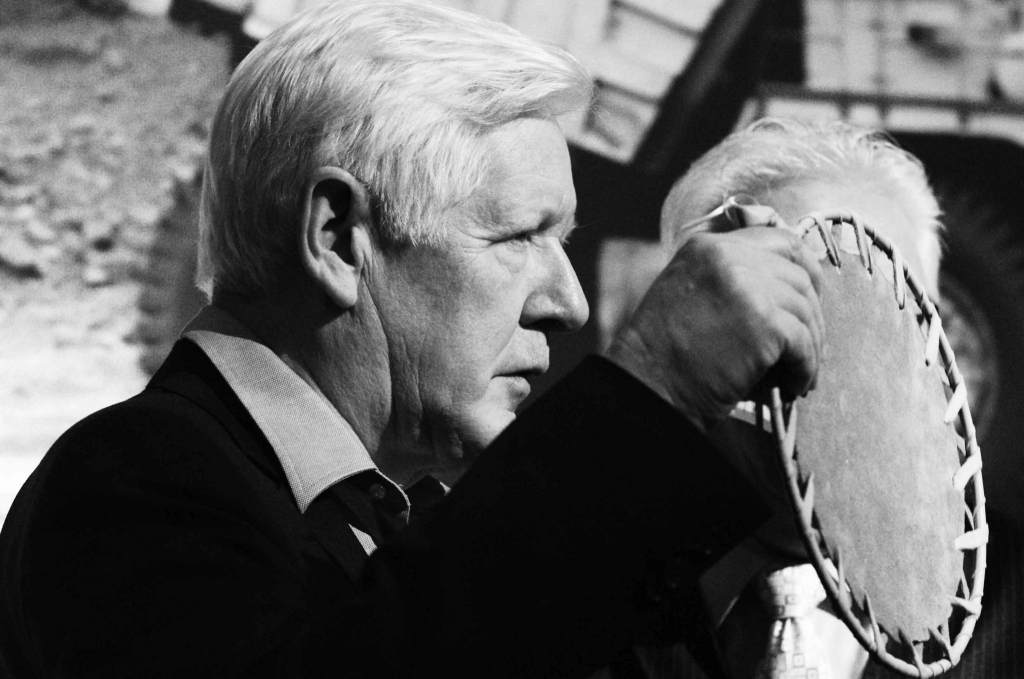 Former Ontario premier Bob Rae called for respectful partnership in resource development during the Grow Greenstone Expo, held March 17-18 in Thunder Bay.
“It used to be that a company would do what they thought was their homework and they would then get a coterie, an army of consultants and lawyers and environmental folks, to write reports for them and they would put all these reports in a box,” said the Matawa First Nations lead negotiator and former Liberal MP.
“Sometimes there would be 2,000 and sometimes there would be 3,000 and sometimes there would be 4,000 pages, and they would send that box to the band office and they’d say, ‘here is our proposal, can we please have your comments in a couple of weeks.’”
Rae said the Matawa communities are saying there is “no way” that is going to happen this time.
“We need to have a face-to-face process, we need to have a human process where people go into communities and explain to communities what is being proposed and ask the communities for their response,” Rae said. “And give the communities an opportunity to use their traditional knowledge, to consult with Elders, to talk to people and to get on the ground and say ‘well, this is an area that is part of our traditional burial grounds, this is an area that has been used as a community gathering (site) for thousands of years. These are the things that we know and this is how the water flows and this is where the water goes and this where the fish are and this is what the impacts will be. We are asking the government of Ontario to use that knowledge and to bring the First Nations into a process.’”
Rae also raised concerns expressed by the Matawa communities about the construction of proposed roads to the Ring of Fire mine sites and potential pollution issues stemming from the materials dug out of the mines.
“What happens if the wind blows and what happens if it rains and snows and the leachate goes down and it goes into a river system or a water system,” Rae said. “Where does it go then, and by the way, what is in that leachate. What’s there, what are we talking about. Does it have arsenic in it, does it have mercury in it.”
Rae asked how the potential leachate would affect fish in the surrounding rivers and lakes.
“You’re talking about a fishery that has been a way of life for thousands of years,” Rae said. “You can’t just walk in and destroy it.”
Rae stressed that the Matawa communities are not going to accept being left on the margins any more.
“They have to be involved,” Rae said. “And they have to be involved in saying if you’re going to build a road for a mine, we’d like you to consider what kind of infrastructure you’re going to build for us. Because we don’t have any either. You fly in, we take the winter road, 14 hours from Webequie to Thunder Bay. And you can only do that four months a year.”
Rae said the social infrastructure has to be improved as well as the physical infrastructure.
“What are we going to do to make sure the (Matawa community) people are able to take advantage of the opportunities, if and when they come,” Rae said. “How do we get people trained. How do we make sure that there’s actually going to be money in the pockets of people that actually will benefit them and their families, so they can provide for themselves and their families.”
Rae said revenue sharing also needs to be looked at.
“That’s all the First Nations are asking for is a land base and a revenue stream,” Rae said.
“They’re saying, ‘look, we are tired of living on handouts from the government of Canada, from the government of Ontario. We don’t want to live this way anymore. We want a chance to participate in the economy, the real economy, and the economy is coming here so how are we going to get our fair share of the benefits from it so it doesn’t all just flow away and be gone and disappear into the wind.”
Rae made his comments on March 18 during his presentation: There is a Path Forward and it is Called Respectful Partnership.