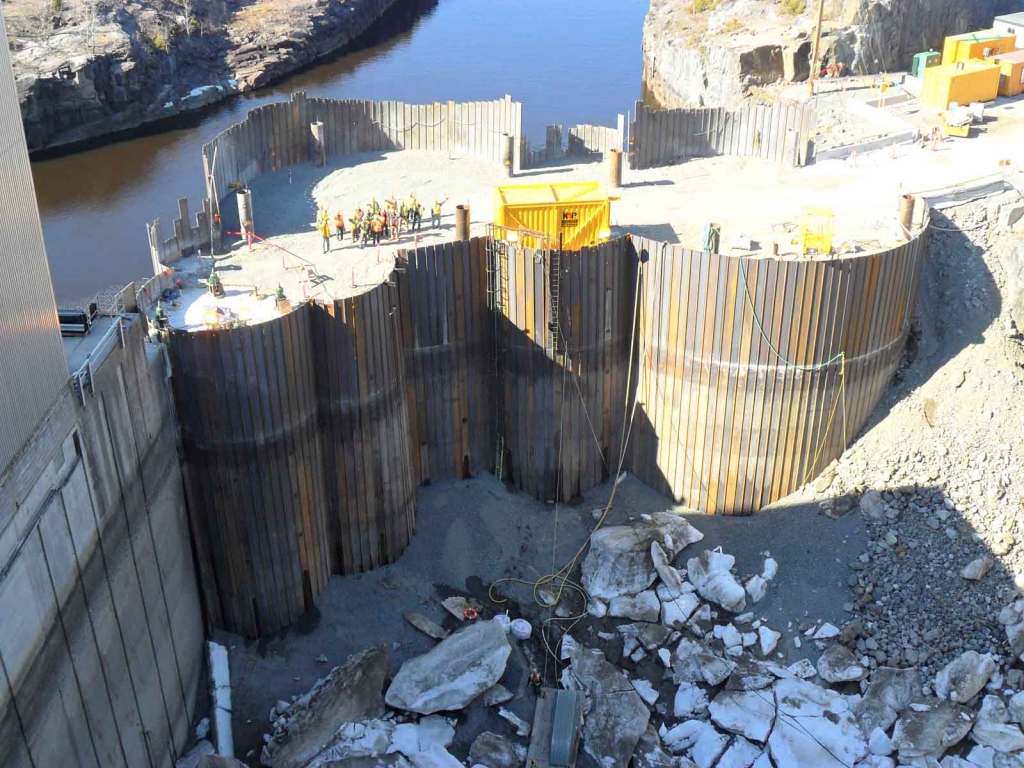 Moose Cree First Nation is looking forward to local economic benefits from its partnership with Ontario Power Generation on the Lower Mattagami Project.
“This project has changed the economic landscape of the Moose Cree First Nation and the surrounding area,” said Moose Cree Chief Norman Hardisty Jr. “It is environmentally sustainable and has created many economic opportunities, including hundreds of jobs for our citizens, as well as other Ontarians. This project has enabled our First Nation to establish a strong economic foundation to build on in the years ahead.”
The Lower Mattagami Project involves the addition of new units at three existing generating stations, the Little Long, Harmon and Kipling generating stations, and the construction of a new 267 MW station at Smoky Falls to replace an existing 52 MW station that will be retired once the new station begins operating.
“The Little Long is coming into service (and) our revenue with the project is beginning to progress now,” Hardisty said. “We have a 50-year agreement and it can only benefit Moose Cree First Nation if we implement our agreements properly.”
Hardisty said the project has created hundreds of jobs for community members and other First Nation people.
“The Lower Mattagami Project will phase out in two years time, but even at that it gives us opportunities to transfer that capacity we have from there to other mines, for example Detour Gold, which we’re a part of,” Hardisty said. “We also have a mini agreement with De Beers, so with those two projects being around for the next (12-20) years, certainly we can transfer all of that capacity that we are building into those projects.”
Hardisty said Moose Cree now has an opportunity to build a healthy community.
“I believe in creating wealth, you also create a healthy community,” Hardisty said.
Moose Cree is set to have up to a 25 per cent equity interest in the Lower Mattagami Project, which is located about 80 kilometres north of Kapuskasing. The project is currently on schedule and on budget.
“I’ve had the opportunity to see the Lower Mattagami site, first hand, and have a great appreciation of the size and scope of this project, as well as the people who brought the Little Long Generating Station in on time and on budget,” said Bob Chiarelli, minister of Energy. “The Lower Mattagami Project is supported by a long-term partnership with First Nations that will deliver long-term results for Ontario’s electricity system. This is a remarkable achievement which will provide clean, reliable and affordable electricity for Ontarians.”
When the project is completed in 2015, the capacity of the Lower Mattagami power plants will have increased from 486 MW to 924 MW.
“This achievement is the result of OPG’s project management practices,” said Tom Mitchell, president and CEO of OPG. “These include up front planning, collaborating with partners and stakeholders to address issues, and careful execution and monitoring of results.”
At peak construction, the Lower Mattagami Project employed about 1,600 workers, including more than 250 First Nation and Métis individuals.