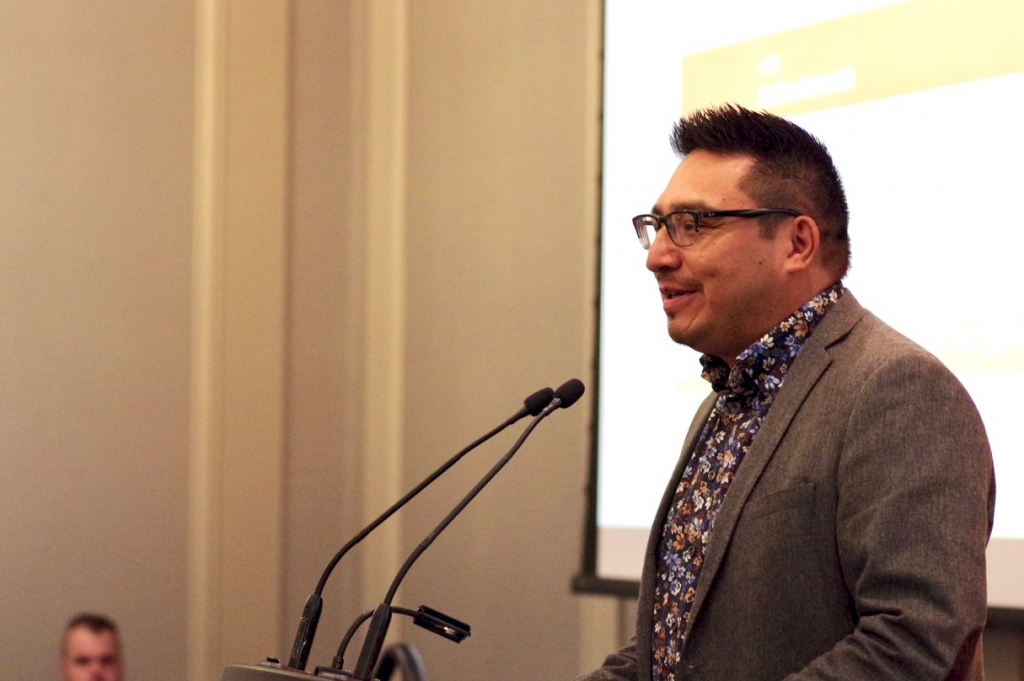 Kiiwetinoong MPP Sol Mamakwa (pictured) and Mushkegowuk-James Bay MPP Guy Bourgouin raised the issue of a possible evacuation of Kashechewan with the provincial government because the communities they usually evacuate to are dealing with the COVID-19 global pandemic.

NDP MPPs Sol Mamakwa and Guy Bourgouin recently called for the provincial government to help Kashechewan move to the Site 5 relocation spot to avoid a possible evacuation during the COVID-19 global pandemic.

“It’s almost like a double whammy of crisis that they have to deal with when you have a global pandemic with COVID-19, and they have to address not only that (but) where they have to evacuate from the community and what are the options,” says Mamakwa, MPP for Kiiwetinoong, during a March 27 phone interview. “So they’re kind of stuck between a rock and a hard place to be able to try to address the situation and make sure the community is safe and the community citizens are safe.”

Kashechewan has been forced to evacuate 17 times over the past three decades from its location on low grounds on the north shore of the Albany River due to spring flooding.

“The flood season, which often, sadly, means evacuation for Kashechewan residents, is about to begin,” says Bourgouin, MPP for Mushkegowuk-James Bay. “But this time, chief and council’s options are limited. Towns that have welcomed Kashechewan evacuees in the past, like Kapuskasing, Timmins, Cochrane and Cornwall, are on the front lines of the COVID-19 epidemic and concentrating on their local preparedness – and rightly so.” Thunder Bay announced on March 31 that it cannot accommodate any evacuees this year due to COVID-19. The Thunder Bay District Health Unit announced the 26th confirmed case of COVID-19 in the region, which includes 21 in Thunder Bay and Surrounding Areas, four in District Communities and one in First Nation Communities, on April 11.

“Talking to the chief, their number one priority is of course to be safe,” Mamakwa says. “And that priority is to have them at Site 5, which is 35 kilometres away from the community and to higher ground. Currently there is nothing there, so how do we do that.”

Mamakwa notes that Site 5 was chosen by the community for its final relocation off the reserve. Kashechewan signed the Together We Work For Hope framework agreement with the provincial and federal governments in May 2019 with the long-term objective of relocating to higher ground at Site 5.

“As signatories of Treaty 9, both Ontario and the federal government have responsibilities toward the First Nations of the James Bay,” Mamakwa says, noting that Site 5 is still under provincial crown jurisdiction. “This is the time to act. Action speaks louder than words. It is time to stop making promises and get boots on the ground, right now.”

A provincial government official says that Ontario and Canada are aware of the community’s request and are currently evaluating multiple options to respond to the needs of Kashechewan and other communities.

“During the spring flooding period along the James Bay coast, the province closely monitors the situation and is prepared to respond to any emergencies that may arise and to provide assistance,” says Flavia Mussio, with Communications Branch, Indigenous Affairs, Ontario, in an e-mail reply to a request for comments. “The Office of the Fire Marshal and Emergency Management coordinates emergency response activities in support of First Nations in Ontario on behalf of Indigenous Services Canada. A decision to evacuate a community is based on several factors, which may include – among other things – scientific data, visual inspection of waterways at the community and river surveillance flights, as well as changes in weather conditions.”

Mussio says the Ontario government, Chiefs of Ontario and Indigenous Services Canada have been working together along with First Nations leadership to discuss COVID-19 planning and response.

“Christine Elliott, Ontario’s deputy premier and minister of Health, also recently raised the issue of protecting the health and wellbeing of Indigenous communities in a one-on-one meeting with Patty Hajdu, Canada’s minister of Health,” Mussio says. “Both ministers agreed to work together to ensure proper protocols are in place. Our government will continue to work with Kashechewan’s leadership and the federal government to ensure the safety of community citizens during the COVID-19 outbreak and the flood season.”

MP Hajdu visits Neskantaga, Yukon
You Are What You Eat