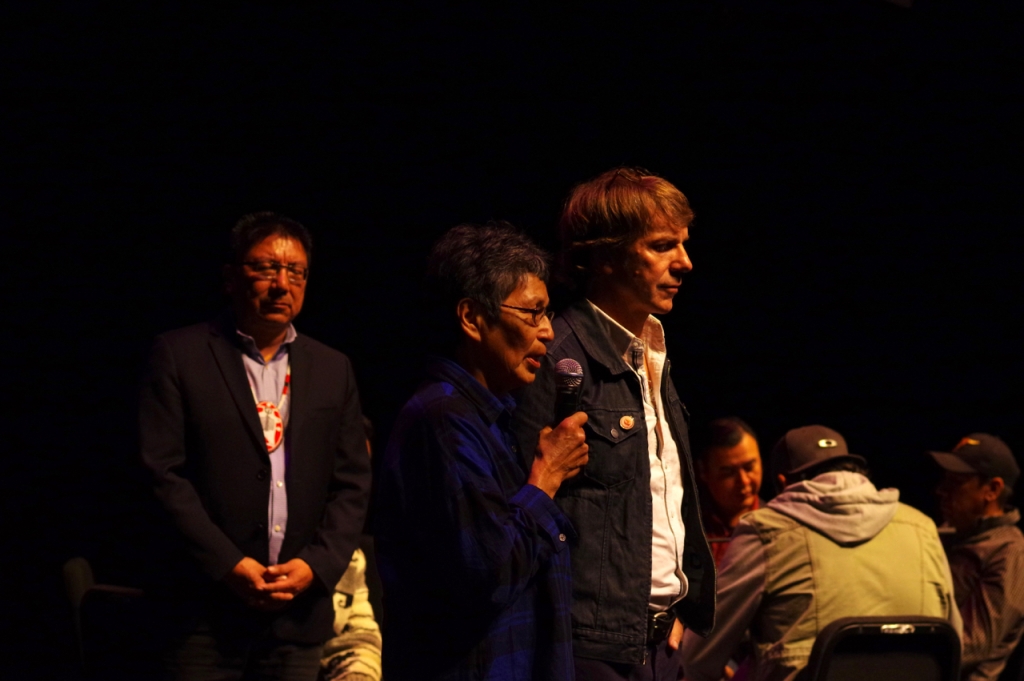 Former regional chief Charles Fox says The Secret Path film about Chanie Wenjack, who ran away from residential school and died along the railway track, brought back “a lot of memories.”

“In terms of the next steps, a lot of people are right — we’ve got to look at reconciliation because the impact of only one policy, the residential school policy, has been really detrimental to the First Nations people in this country,” says Fox, who was taken from his home and sent to residential school in Sault Ste. Marie. “There are so many other policies, there are so many other negative projections that come out from society in general towards First Nations people of this country that we have to turn that around. When you look at the next generations and what they have to face, it is true that as a people First Nations people have to take back what is rightfully their's in terms of their identity and their culture and their language and their lands. That is the proper route to go.”

Fox attended the CBC premiere broadcast of Gord Downie’s animated film at the Thunder Bay Community Auditorium on Oct. 23 along with three rows of Wenjack’s family members and community members from Marten Falls and hundreds of Thunder Bay residents. Sponsored by Nishnawbe Aski Nation and CBC, the event included a symposium and light refreshments from 7-8 p.m.; a traditional ceremony with drumming, prayers and comments by dignitaries, including comments by residential school survivor Sarah Jane Cromarty and Chanie’s sister Pearl Wenjack, from 8-9 p.m.; the film broadcast from 9-10 p.m.; and a talk after the film by Mike Downie, one of the executive producers of the film and Gord’s older brother.

“They cut my hair, they washed me — that’s when I felt the first day being ashamed and being dirty,” Cromarty says. “That is how they treated us. We all had a similar treatment, right away you know that something is wrong, the thing that they did to you, it damaged your life.”

Wenjack says she and her family have shed “a lot of tears and a lot of grief.”

“It wasn’t an easy road, but I know we were supposed to take it for all those people who have gone to the residential school,” Wenjack says. “I was just saying to my son who was sitting beside me: ‘We are almost home.’ That’s what Charlie (Chanie) wanted to do; he just wanted to go home. That’s all I want to do; I just want to go home now. But before I do, there is a Cree hymn that has four verses. It covers the black people, it covers the white people, it covers the yellow people, it covers the red people. I fall in the red category, so the last verse will be mine, will be ours.”

As Wenjack sang the Cree hymn, the audience stood and listened with full attention.

“I would like to thank the Downie brothers,” Wenjack says after singing the hymn. “We’ve adopted them as our blood brothers.”

Mike Downie says the film project and his visit to Marten Falls about a month ago was a “real life changer” for him in many ways.

“Gord, Patrick and I went to Ogoki Post (Marten Falls) to meet the Wenjacks,” Downie says. “We walked on that pathway of reconciliation and it changed us, and I’m a product of that standing in front of you right now. I can’t imagine a month ago that I would be doing this, talking to you people about what I think is the next great opportunity for this country, and yet I’m doing it. And guess why, because I believe it. And I believe it’s essential, because I care about this country so much and I’m worried that if we don’t grab this opportunity this time, that’s it.”

Downie also spoke about the Gord Downie Chanie Wenjack Fund, which was launched by him and Gord, alongside the Wenjack family, to jumpstart a new relationship with Indigenous peoples.

“There is no single solution to what I am talking about,” Downie says. “It’s many solutions, it’s a grassroots movement, it’s people coming face to face with other people that they previously didn’t really understand, because once you are aware and once you care, you will want to share, and I mean share lots. The main objective really is to create a new country.”

Information on the Gord Downie Chanie Wenjack Fund is available at: downiewenjack.ca.