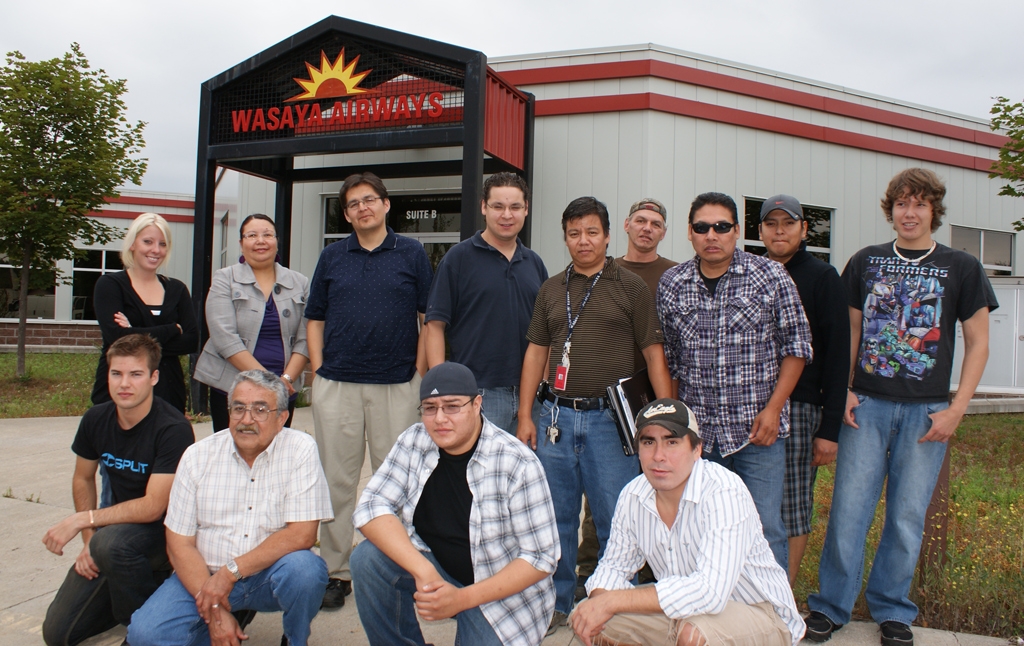 Wasaya’s Taking Flight project is giving 39 First Nation trainees new opportunities for the future.
Ryden Echum, an aircraft maintenance apprentice from Ginoogaming, is pleased with the hands-on experience he has been receiving at the Wasaya hangar in Thunder Bay through the Taking Flight project.
The project is a Wasaya Group-Sioux Lookout Area Aboriginal Management Board partnership started last January and running until March 2011.
Echum said after coming into the Taking Flight project with no experience working on airplanes, he has been picking up knowledge from the engineers he works with.
“We’re working with the engineers every night. We get a little hands on once in a while,” he said.
Echum is looking forward to entering the aviation technician - aircraft maintenance program at Confederation College this fall.
“I’m getting lots of experience before I hit the program entering my first year of college,” Echum said. “The guys I work with have all been great ... passing on all their knowledge as best they can.”
Tom Morris, president and CEO of Wasaya Airways, said the 39 trainees are training for positions throughout the whole company and are gaining more responsibility as they progress. Thirteen are in management training programs and 11 participants are taking part as pilot trainees in Steinbach, Man.
“In late November (2009), we had a flight boot camp and we invited 16 First Nations people from up North,” Morris said. “The first day was ground school and then the second day they went up in a plane. By the end of the week they were landing the plane, they were flying the plane.”
Morris said the company selected five of the 16 to move on to the Taking Flight project and added six pilots who already had some flight hours and flight endorsements.
Gabriel Bird, a finance management trainee originally from Weenusk who now lives in Thunder Bay, is learning more about bookkeeping and accounting since enrolling in the Taking Flight project.
“This is what I want to do for the rest of my life,” Bird said, explaining that while he had been doing basic bookkeeping before, he now knows the theory behind bookkeeping.
“They (my co-workers) were very helpful. If I do have problems they will help me out and explain things.”
Bird said there is plenty of support for the Taking Flight trainees at Wasaya, from the managers and staff, as well as from the SLAAMB staff. His long term goal is to be certified as a general accountant.
“I do need work experience, two years in a supervisory position to get certified,” Bird said. “I think it will take me about six years going at a good pace.”
Joe Moses, a marketing and sales management trainee from Pic River, has been getting involved in a number of projects in areas beyond his marketing and sales specialty.
“I’m also working with the parent company a bit with some of their work,” Moses said. “There is lots of work here at the company and there is lots of opportunity for individuals to step up and take on those responsibilities.”
Moses is part of a mentoring program where he job shadows members of senior and middle management to learn what they do and the challenges they face.
“Whenever I can step in to help them meet those challenges or develop strategies or plans, that is basically what I do,” Moses said, explaining he assists with day-to-day marketing and sales functions.