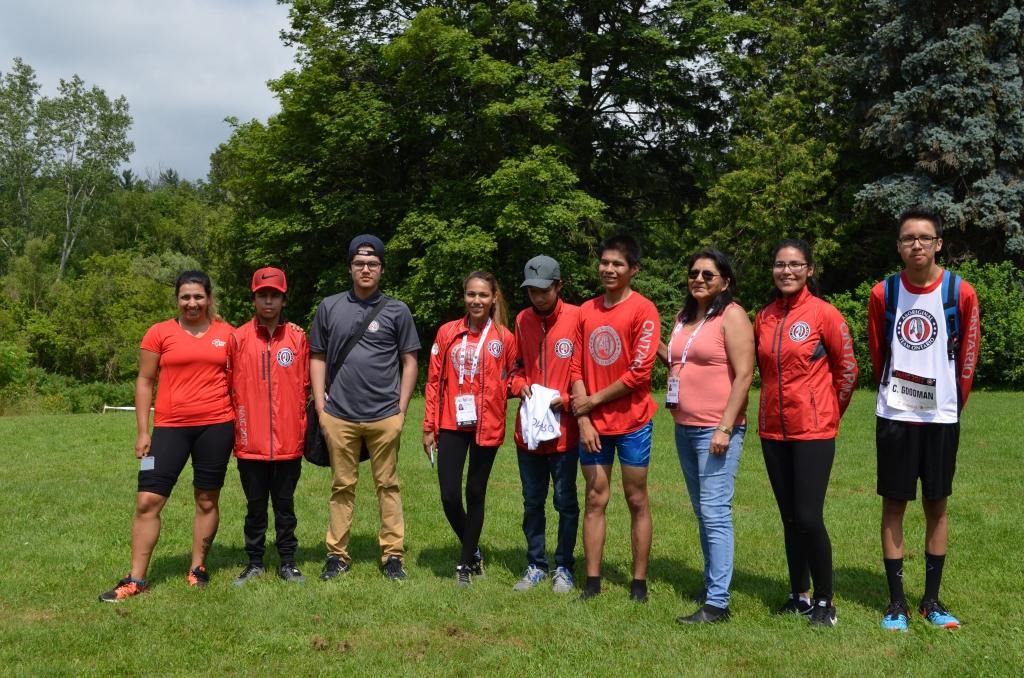 Kashechewan runner Gavin Wesley’s silver medal in the 19U Male X-Country 6km was the first of four medals he won at the North American Indigenous Games (NAIG) 2017 in Toronto.

“One of the Saskatchewan runners kept a fast pace, so I just tried to maintain striking distance,” Wesley says. “And it paid off — he started to slow down but one of the Manitoba guys beat me in the last 100 metres, so that is how I got the silver.”

“I (won) a silver in the 4x100 metre relay yesterday and a bronze medal yesterday as well in the 1,500 metres,” Wesley says on July 20. “And I just placed third again today at the 3,000 metres. I medalled in all of my races, which is what I was planning to do so I’m pretty satisfied with my performance this year.”

Wesley enjoyed the atmosphere and environment at NAIG.

“It’s pretty spectacular,” Wesley says. “I got to meet some wrestlers, some rifle shooters, baseball players, just all sorts of different athletes. They all excel at their sports, which is pretty cool.”

“It’s been going pretty good for me — I have two bronze medals for both relays,” Scott says about the U16 4x100 and 4x400 metre relays. “It was pretty challenging; there was a bunch of competition.”

Scott also enjoyed meeting the other athletes at NAIG.

Scott says his daily routine at NAIG was to start off with breakfast and daily stretches at 8 a.m.

“And then we do our stretches on the field before our races,” Scott says.

Aroland runner Camille Vernier finished in fourth in the 3,000 and fifth in the 1,500 metres U19 races as one of the younger competitors in that age group.

“I went to my first NAIG in 2014 in Regina,” Vernier says, who won two silver medals at NAIG 2014. “And it really opened my eyes to all the opportunities I had to travel and meet new people, so I just kept with it.”

Sandy Lake runner McKenzie Kakepetum won a bronze in the 4x400 metre U16 at NAIG.

“It felt good,” Kakepetum says. “We almost lost until I sprinted the whole (400 metres). It felt so hard — my legs felt like jello after that.”

Chapleau Cree runner Katerina Paypommpee finished fourth in the 4x400 relay U19 but still had four other events to compete in as of midday on July 20.

“It’s been really competitive,” Paypompee says. “There’s certain teams we want to beat but it’s OK, we’re all here to have fun and just enjoy the experience.”

Sandy Lake runner Brianna Goodman competed in the 6K X Country and 1,500 metre U19 races at NAIG as of midday on July 20.

Team Ontario was in third place in the medal standings with 52 medals after the July 20 events, including 23 gold, 13 silver and 16 bronze medals.

B.C. leads the medal standings after the July 20 events with 84 medals while Saskatchewan is in second place with 54 medals.

NAIG is being held from July 16-23 at about 16 venues across the Toronto area.