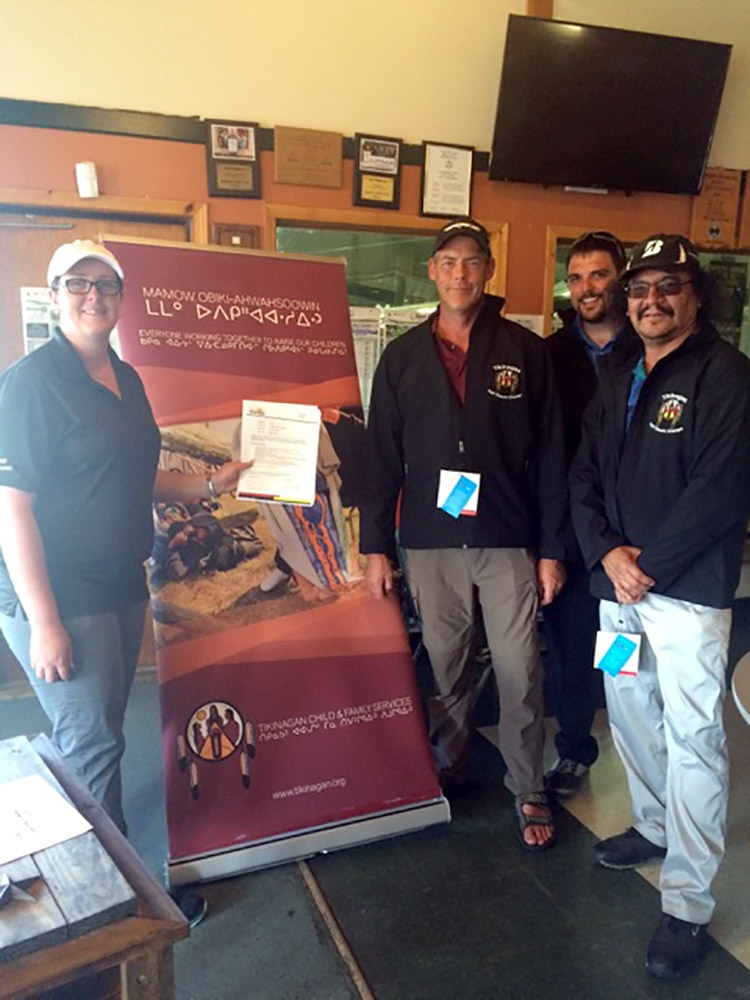 "It was a nice day, perfect weather, and everyone left with a smile," said Tracy Houtz, Finance Manager at Tikinagan, who organized the tournament. “The funds we raise go towards helping families in the north who experience house fires. Last year we helped three families. This is why we keep doing this every year.”

Over the past years, the tournament has been raising the bar on funds generated. Five years ago, the event raised $6,500 while this year it raised $10,840. The tournament has generated more than $54,000 over the last 10 years, with this year being the most financially successful, Houtz noted.

In addition to entry fees for the 2016 tournament, money was raised by a putting contest that featured a 42” TV donated by Stan Tepner, won by Doug Pierce, as well as a closest-to-the-flagstick contest for two return airline tickets donated by Perimeter Air, won by Ryan Dasno.

Madsen GM sponsored several hole-in-one prizes, including a Chevy Cruze and Fairmount Golf Vacation. The prizes created excitement but there was no winner this year.

During the tournament, Tikinagan’s staff association hosted a BBQ which raised $260 for the association and will go towards functions hosted by the group.

Following the tournament, a silent auction and steak dinner was held at the Club where participants were able to bid on items, eat dinner and await the presentation of prizes won throughout the day.

"A big thank you to Terry Baker, Doug Pierce and Shane Sakchekapo for helping make the event such a success,” Houtz adds.

In true spirit of our service model, Mamow Obiki-ahwahsoowin (everyone working together to raise our children), this tournament brought people together for a worthy cause. Tikinagan thanks all the participants and teams for helping make this year’s tournament another successful fundraising event for helping families in crises.