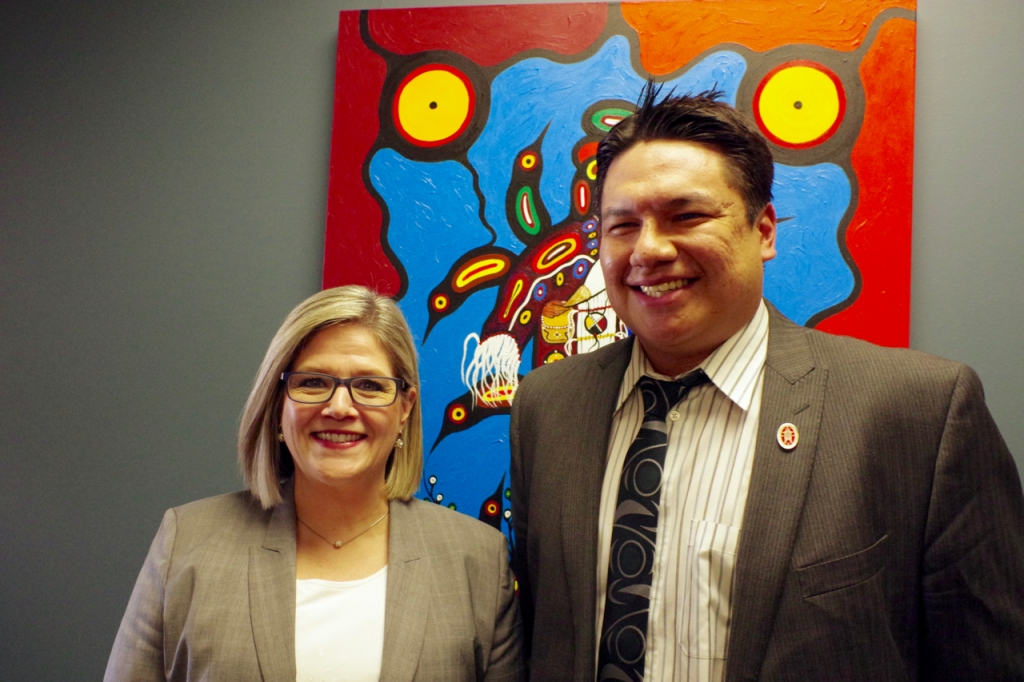 New Democratic Party leader Andrea Horwath says health conditions in Nishnawbe Aski Nation are unacceptable after listening to stories from communities across the north on March 11.

“It is not something that can be ignored,” Horwath says. “It has been in a crisis state for decades now and so the state of emergency that was called (by NAN) was absolutely necessary.”

“Sarah Campbell, the MPP for this region, and myself are committed to working closely with these communities and with the leadership to make sure that this discussion is not put on a back burner somewhere,” Horwath says, “but that we continue to be vocal and strong and loud and not let this state of emergency go unnoticed or un-responded to by at least our provincial government.”

Horwath says most Ontarians are probably unaware of the health crisis situation in the NAN communities.

“I think that is shameful,” Horwath says. “I think that there are perhaps folks in the Legislative Assembly of Ontario who are not aware of the crisis situation that exists, and that is not acceptable either. So we are going to make sure that doesn’t remain the case by being loud and vocal at the legislative level.”

Fox says NAN asked Horwath to focus attention on the health crisis situation across NAN territory, which covers two thirds of the province, with the provincial government.

“We need assistance, lobbying, anything to get us out of this crisis,” Fox says. “I think it is an ongoing crisis that has been here for years. And it’s not getting better; it’s getting worse.”

Fox says the first step required is a meeting with the provincial government.

“And the second step is to work together, work in partnership,” Fox says.

Fox says the health crisis is frustrating because of the continuing loss of people.

Kitchenuhmaykoosib Inninuwug Chief James Cutfeet says he has experienced discrepancies in health care between Thunder Bay and his community since being elected as chief seven months ago.

“What I have seen is inadequate facilities, staffing is below par,” Cutfeet says. “For my community, the nursing station should be staffed by six nurses. At the time I was there for an emergency, there were only three on staff.”

Cutfeet says there is a lack of medical services in his community, noting he usually waits until he is in Thunder Bay on business to access optometry or dental services.

NAN declared the Health and Public Health Emergency to address urgent and long-standing health issues caused by the inequality of health and health care services. The declaration called for immediate, intermediate and long-term action strategies.