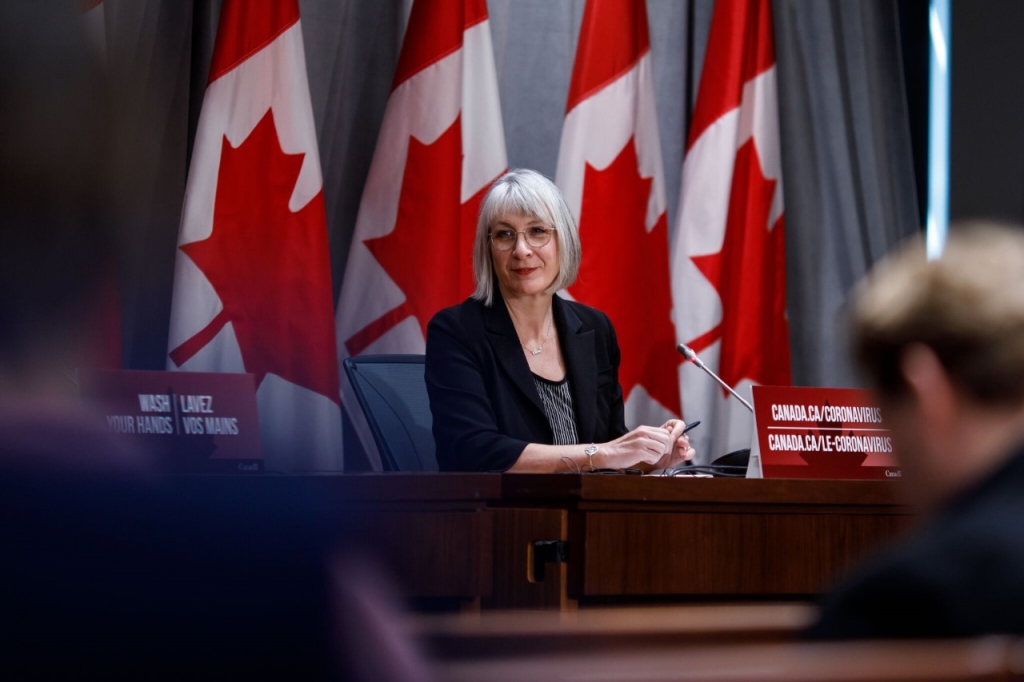 Health Minister Patty Hajdu raised quarantine fatigue as one of the suspected causes of the increasing rise in COVID-19 cases across the country during an $11.78 billion funding announcement. The funding includes $4.28 billion to further expand testing and contact tracing capacity, and the associated data management and information sharing systems, and $7.5 billion for personal protective equipment.

“After months of staying apart it is normal to want to come together and spend time together with family and with friends,” says Hajdu, Thunder Bay-Superior North MP during the announcement outside the Thunder Bay District Health Unit (TBDHU). “Distancing measures have been really hard on everyone and it’s especially a difficult time because we’ve been missing each other. It’s been historically difficult in fact across this country and the world, but our government continues to work very closely with all levels of government to protect the health and safety of Canadians. And we know that while Canadians want to resume their daily lives, it’s very difficult because we still have restrictions and as we start to restart the economy it gets even more confusing for Canadians at times.”

Hajdu says the funding, which is part of $19 billion announced by Prime Minister Justin Trudeau on July 16 as part of the Safe Restart Agreement, will help contain outbreaks of the virus by making more resources available for testing, public health data sharing and contact tracing. Funding for the Safe Restart Agreement will help address key priorities, agreed upon by Canada’s First Ministers, for the safe restart of Canada’s economy over the next six to eight months.

“The inability to quickly understand what’s happening with an individual and how that connects to a larger outbreak has been a really challenging aspect of managing this pandemic at all levels of government,” Hajdu says. “So the funding of $4.28 billion will ensure for example a national capacity to conduct 200,000 tests per day. We just want to make sure as a nation that we have capacity to test as many people as we need to depending on how this outbreak evolves.”

Hajdu says rapid testing allows for the ability to do rapid contact tracing, which is critical to containing the virus and making sure people have the information they need to prevent further spread of the virus to their loved ones.

“This has proven to be a really great strategy because of course communities know best what they need,” Hajdu says. “Right now though there is a concerning outbreak in the Haida Gwaii Nation so we are watching that very closely. There’s about 16 individuals right now that are ill, and that is a big outbreak for First Nations.”

Dr. Janet DeMille, medical officer of health with TBDHU, says the TBDHU is currently beginning the implementation of a new data system that was launched by the provincial government.

“So by the end of the week any new COVID-19 cases in our area, the data will be inputted into this new system and moving away from the old system that was causing a lot of challenges around sharing the data with the province,”
DeMille says. “This is unrolling across the province and for us it is actually happening this week, so we’re excited about that.”

DeMille acknowledged Hajdu’s comments about the challenges around case and contact management as the economy opens up.

“What’s happening in other areas is that somebody who has COVID-19 often has a lot of people that would be deemed close contacts that public health needs to follow up on,” DeMille says. “This is quite different from what was happening a couple of months ago because we were all sort of isolating, we were all at home, we weren’t interacting a lot with one another, so one case can actually result in a lot of contacts that public health needs to follow up on.
And that is a huge challenge to be able to step up and do all of that for a local public health unit.”

The TBDHU now requires, as of July 24, the use of masks or face coverings by all members of the public, employees and others in enclosed public spaces including indoor settings accessible to the public.

The TBDHU currently has two active cases of COVID-19, which were confirmed on July 25 and 28.