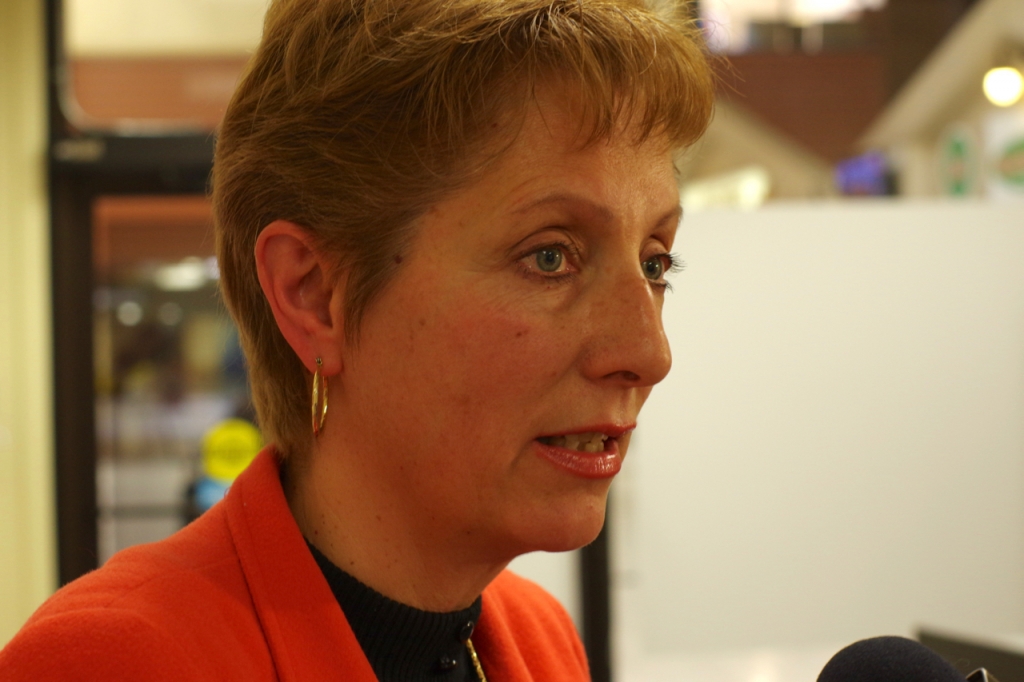 “They should have access to good health care to deal with the fallout of having been exposed to mercury,” says the Nickel Belt MPP. “And (the provincial government) should also come to the plate and clean the river. We know it has to be cleaned; it will have to be cleaned at some point. Half a century is too long to wait. Those people are Ontarians, they deserve clean drinking water. They should not have to go all the way to Switzerland to plead their case in front of the United Nations.”

Gélinas raised the issue at Queens Park on March 1, after Grassy Narrows citizen Judy Da Silva brought the issue up before the UN Committee on Economic, Social and Cultural Rights in late February.

“New Democrats have repeatedly raised in this Chamber the ongoing and appalling mercury exposure experienced by the Grassy Narrows First Nation,” Gélinas says. “In 2012, the Premier said she would rebuild the relationship with the community, yet in 2014, Elder Steve Fobister, the former chief of Grassy Narrows First Nation, went on a hunger strike right here on the front lawn. Then again, this government said they would act, but right now, as we speak, the community feels that they have to appeal to the United Nations for help.”

The Treaty #3 community was exposed to mercury after about nine metric tonnes of mercury was dumped into the English-Wabigoon River, which flows past Grassy Narrows, between 1962 and 1970.

“It has been half a century,” Gélinas says. “The health effect of mercury poisoning is well known. It is horrific and it is affecting so many people in Grassy Narrows. The residents of Grassy Narrows are Ontarians like you and me. They deserve safe drinking water. They should not have to go to Geneva, Switzerland, and talk to the United Nations to gain respect for this basic human right.”

Minamata disease, a neurological syndrome caused by severe mercury poisoning, was first discovered in Japan in 1956. Symptoms include ataxia, numbness in the hands and feet, general muscle weakness, narrowing of the field of vision and damage to hearing and speech.

“We all know the devastating impact of exposure to mercury can have on human health,” Gélinas says. “We can see this lived out in the residents of Grassy Narrows.”

During tests conducted in 2010 by a team of experts from the Open Research Center for Minamata Studies at Kumamoto Gakuen University in Japan, 54 of 160 community members tested from Grassy Narrows and Wabaseemoong were diagnosed with Minamata disease. Another 40 community members were were diagnosed with suspected Minamata disease. The experts included five neurologists/psychiatrists and internal medicine specialists in neurology, two nurses, one sociologist, one analyst, two supporters and three on-site supporters.

“When will this government clean up the English-Wabigoon River,” Gélinas says. “When will they assist the people who live with the effects of mercury poisoning, and when will they provide the good people of Grassy Narrows with safe drinking water.”