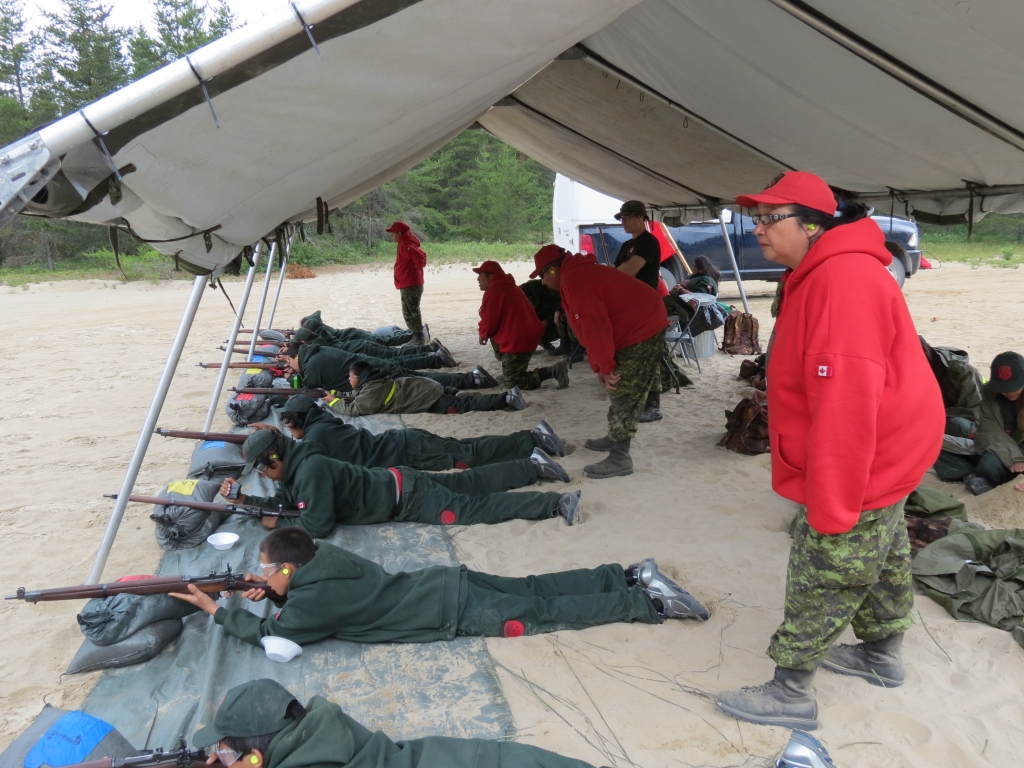 “We now have almost 1,000 Junior Canadian Rangers in 20 First Nations,” said Captain John McNeil, the Canadian Army officer who commands the Junior Rangers in Northern Ontario. “The actual number is 979. It’s great news because it proves the program is working. It not only proves to us that the program is working but it proves it to the people who provide the money and the funding.”

The Junior Rangers are a Government of Canada youth program funded by the Department of National Defence and the Canadian Armed Forces. It also benefits from additional funding and support from other levels of government and private corporations.

It was started in 1996 and now has 3,400 Junior Rangers in more than 125 remote and isolated communities across the country. It started in Ontario with a Junior Ranger patrol in Moose Factory shortly after the national launch. It is open to boys and girls ages 12 to 18.

The program began after members of the Canadian Armed Forces noted that youth in remote northern communities showed little interest in the army, navy, and air cadet programs. “The Junior Ranger program is more relaxed than the cadet programs,” Captain Mc Neil said. “We want our training to concentrate on safety on the land and water and in lifestyles, and in helping to maintain traditional skills.”

In Peawanuck and Fort Severn, Ontario’s two most northerly communities, every boy and girl aged 12 to 18 is a Junior Ranger. Sandy Lake First Nation has 125 boys and girls in the program. Other large enrollments are Fort Hope with 85 Junior Rangers, North Caribou Lake with 75, and Kashechewan with 70.

Before a First Nation can have a Junior Ranger patrol it must have a Canadian Ranger patrol , because the Canadian Rangers run the program with the help of visiting Canadian Army instructors and in conjunction with a local adult committee, representing the interests of the community.

The problem in Northern Ontario now is that with only four Junior Ranger instructors there are not enough instructors to cope with almost 1,000 Junior Rangers. “We are running now at a dangerous level,” Captain McNeil said. “We have a lot of kids in the program who are not getting the support they should.”

There is also a continuing problem with a lack of interest from adults in participating in the adult committees, whose members are unpaid volunteers. Some band councils want payment for the use of their facilities for training and for providing other supports for the program.

“It’s a problem,” Captain McNeil said. “The adult committees, which are an essential part of the program, are generally more successful in other parts of Canada. In our communities in Northern Ontario there is a mentality that people should be paid for their volunteer efforts.”

Many Junior Rangers have to move out of their small communities to attend a high school. They usually go to Thunder Bay, Timmins, or Pelican Falls, near Sioux Lookout. Putting Junior Ranger patrols in those communities is under active consideration so that students can maintain their involvement in the program, Captain McNeil said.