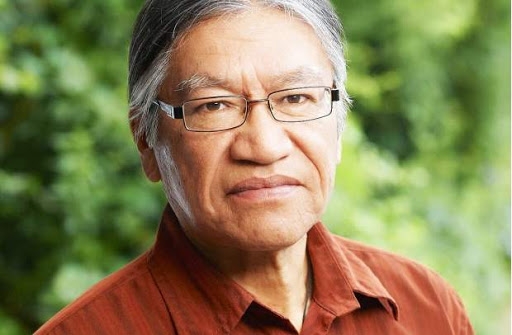 Fort Albany recently released a statement on justice for survivors of St. Anne’s residential school who are trying to have their Independent Assessment Process (IAP) compensation cases reopened. The survivors did not have important evidence presented during their IAP because the federal government withheld information it possessed, including the testimonies of hundreds of St. Anne’s survivors that were gathered and shared with the Ontario Provincial Police in the 1990s.

Metatawabin says he was also a survivor of St. Anne’s, and was subjected to the homemade electric chair that was used on students.

“I sat on it myself and you could feel the currents going up your arms,” Metatawabin says. “That’s why lots of people disassociate, from that experience.”

Metatawabin says the survivors’ issues need to be addressed so they can move on with their lives.

Former Fort Albany chief Edmund Metatawabin, a St. Anne’s survivor and coordinator/spokesperson for the Peetabeck Keway Keykaywin (St. Anne’s residential school survivors) Association, says the individuals going through the IAP did not have a full narrative pertaining to their case.

“Or even then we didn’t have a complete narrative for all claimants to that AIP process,” Edmund says. “There were segments missing, persons of interest. We didn’t really have a full accounting of the perpetrators involved in those abuses, so without the proper documentation how could you have a satisfactory process for the survivor.”

Edmund, who wrote about his experiences during eight years at St. Anne’s, the resulting trauma and his journey to rediscover his spirit in his book Up Ghost River, did not join the AIP process.

“I wanted to be free to represent the survivors,” Edmund says. “Because I was the coordinator of the association I thought it would be a conflict of interest for me to be in there.”

Fay Brunning, lawyer for the St. Anne’s survivors, says more than 12,000 documents comprised of about 40,000 pages of evidence were withheld from the IAP process.

“Everybody has an individual confidential hearing — they have to prove their own case but to prove their own case they were supposed to get full disclosure first from the government about everything they knew, not only about abuse at the school but also about the specific abuser,” Brunning says. “The whole (IAP) system started in 2007 and I took it forward for (the survivors) in 2013-2014 and we didn’t get disclosure and all the proper reports until almost the end of November 2015.”

Brunning says they won a stay decision on July 10 in the Ontario Court of Appeal over a recent ruling about having their case heard before the B.C. Supreme Court.

“Yesterday, the Ontario Court of Appeal agreed to ‘Stay’ the order sending St. Anne’s survivors’ legal challenge to B.C., until the appeal is heard,” Brunning says in an e-mail comment. “In the appeal, survivors are asking to keep this in Ontario, for Ontario residents, to enforce two Ontario Superior Court orders that survivors already won in 2014 and 2015. They want the orders enforced for the survivors whose claims were heard without full disclosure/reports from the government about child abuse at St. Anne’s.”

Mélanie Mellon, sr. communications advisor, Media Relations and Ministerial Liaison, Communications Branch with Crown-Indigenous Relations and Northern Affairs Canada, says Canada is committed to ensuring that all survivors of Indian residential schools receive compensation eligible under the Settlement Agreement, and has complied with all court orders regarding IAP documents for St. Anne’s in an e-mail response to a request for comments. “All claims filed by survivors of St. Anne’s Indian residential school have now been processed through the Independent Assessment Process, with 96 per cent of these claimants having received compensation,” Mellon says in the e-mail.

“Following Justice Perell’s decision in 2014, the courts have consistently found that Canada has kept its promise to make records available, met its document disclosure obligations, and that no further action is required. We are working with survivors, their representatives, and other Indigenous partners toward a lasting and meaningful resolution to the legacy of Indian residential schools.”

Mellon adds that as litigation has just been filed relating to this matter, it would be inappropriate to comment on this further.