Canadian Rangers overcome the challenges of COVID-19 in 2020 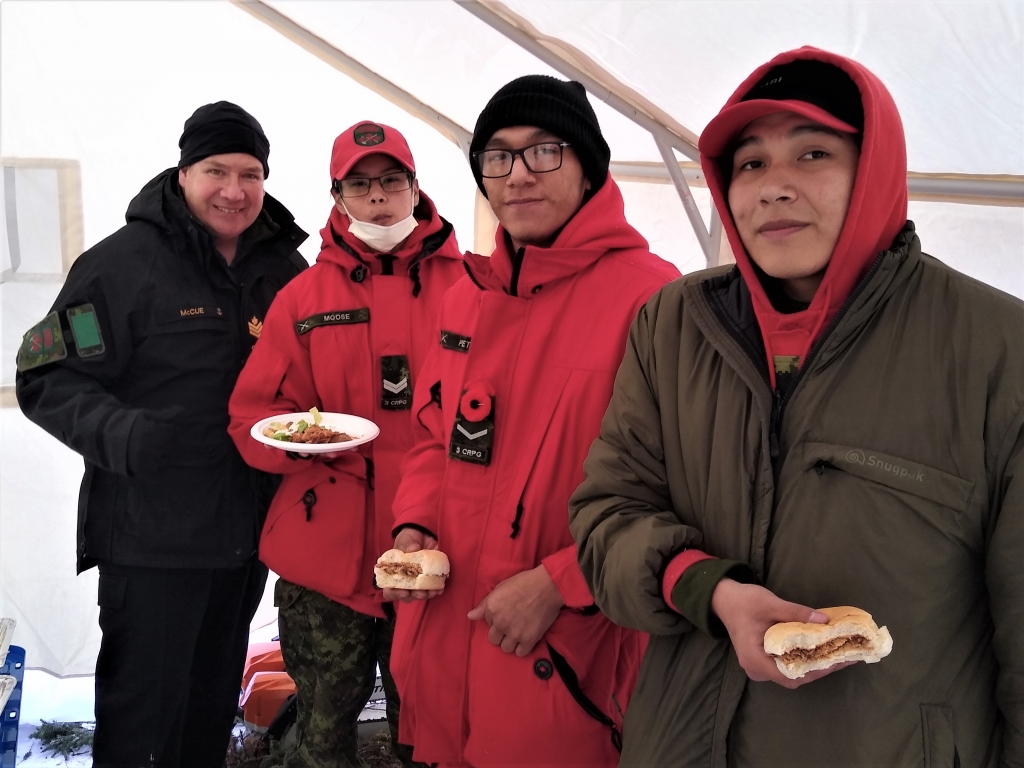 The Covid-19 crisis of 2020 has been a major challenge for the Canadian Rangers of Northern Ontario but it has not prevented them from serving their communities, according to their commanding officer.

“We have not ceased in any way from performing our duties and completing our tasks,” said Lieutenant-Colonel Shane McArthur, the Canadian Army officer who commands the 3rd Canadian Ranger Patrol Group (3CRPG), which has almost 600 Rangers in 29 First Nations across the Far North of Ontario.

“Although we’ve been under the challenges of Covid we’ve been getting on with our routines and the Rangers have answered the call to everything we’ve been requested to do.”

3CRPG is the largest army reserve unit in Ontario. Its headquarters are at Canadian Forces Base Borden, near Barrie. Almost half of the Rangers in the unit are female.

“The Rangers are an operational unit that works 24-7, 365 days a year, ready to respond to an emergency requiring our help,” he said. “We will have staff at our headquarters prepared to react throughout the holidays, even on Christmas Day, if we are called upon to assist a First Nation or any of their residents who are in distress or need our aid.”

During 2020 Rangers assisted in the partial evacuation of Eabametoong when it was threatened by an out-of-control forest fire and conducted river watch patrols along the Hudson Bay and James Bay coasts during the spring break-up season. More than 170 volunteered to go on active service for up to five months to provide a wide range of full-time supports for their First Nations during the early part of the Covid-19 crisis.

“So far this year we have conducted 22 ground or marine search and rescue operations,” Colonel McArthur said. “Basically, that equates to saving 33 lives.”

Most of the remote and isolated First Nations with Rangers in them have been closed to outsiders since March, making it difficult for the army to get supplies to them and provide training. “We’ve had to cancel quite a bit of training,”
Colonel McArthur said, “and that’s where our challenge lies. We have not been recruiting and training in the manner that we would like to.”

Training, provided by army instructors who travel from CFB Borden to the north, has resumed in some First Nations. And some Rangers have been able to attend courses in swift water rescue training as well as search and rescue training provided by the Ontario Provincial Police.

Rangers from eight First Nations have been assisting on a rotating basis in Neskantaga First Nation which has been evacuated for several weeks because of issues with its drinking water. The issues are being worked on while about two dozen residents remain in the community. The Rangers are working alongside a small number of workers from responding agencies. The Rangers also worked with a small number of soldiers from the southern-based Arctic
Response Company Group who provided assistance in the community for a period of time.

The Rangers continue to provide a range of supports for the community, including cutting wood for fuel, transporting waste to the dump, distributing water from the lake, feeding dogs left in the community, clearing snow, and assisting in food preparation for other support workers.

“The Rangers have been doing a fine job,” Colonel McArthur said. “It was amazing how many Rangers from many communities volunteered to help in Neskantaga. It was impressive and showed the willingness of the Rangers to serve their communities.”