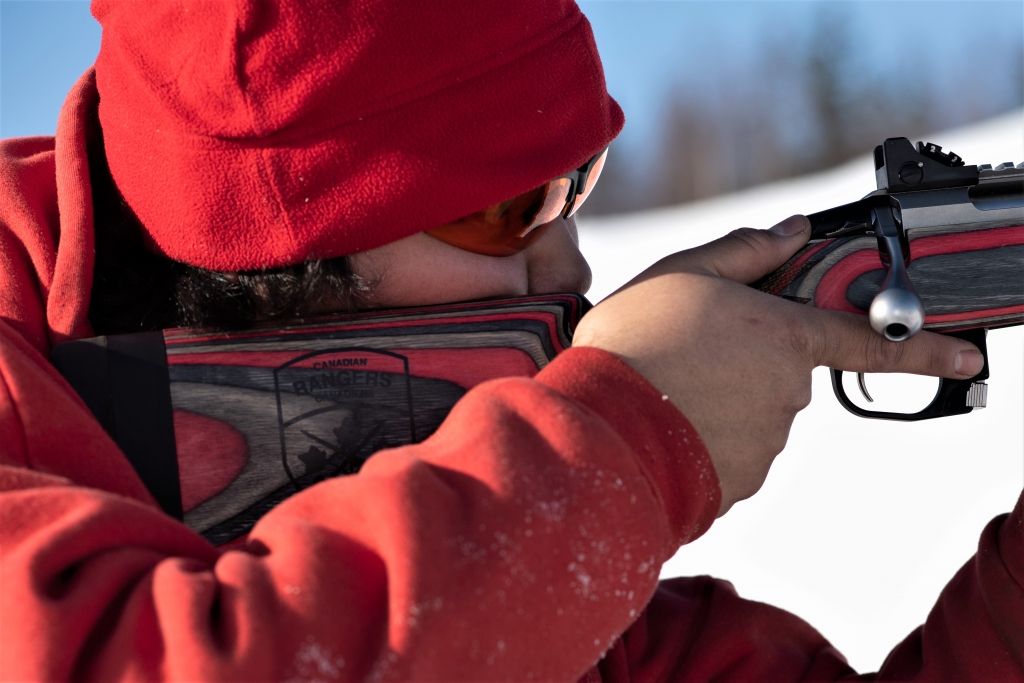 Two groups of Canadian Rangers have completed an intensive test of their skills in a military exercise designed to test their mobility on the land and challenge their traditional abilities.

“Exercise Mobile Ranger was an exercise that focused on mobility both overland and by air, as well as on winter survival skills for the Rangers,” said Major Charles Ohlke, the Canadian Army officer commanding the Rangers in Northern Ontario. “Any opportunity to practice a skill results in improvement. This was a great exercise with a tremendous effort by all the Rangers involved.”

Rangers, who are part-time army reservists, were from the four Cree communities of Attawapiskat, Fort Albany, Kashechewan, and Moose Factory, travelled by snowmobile from Attawapiskat to Site 415, an abandoned Cold War radar site that operated from 1957 to 1965. The site is on the James Bay coast, 250 kilometers north of Attawapiskat.

“I’d never been to 415 before and many of the Rangers hadn’t,” said Ranger Redfern Wesley of Kashechewan. “I’d always wanted to see it and what’s out there and I’m glad I was able to.

“It was a challenging exercise because of the cold. It’s different out there. It’s colder when you’re out on the tundra and on the sea ice.”

The cold forced the Rangers to move their camp into the tree line, an hour’s drive from the shoreline. Daily temperatures were often around -30C but winds of up to 50 kilometers an hour made it feel much colder.

“In extreme cold weather it’s the small things that you pickup from the Rangers,” said Warrant Officer Carl Wolfe, an army instructor, who led the patrol. “Just the different way someone may tie a knot so they don’t have to take off their mitts.”

Ranger Redfern tracked a moose for half an hour with Master Corporal Joe Lazarus of Kashechewan, who was able to shoot it, providing the patrol with fresh meat.

The Rangers did not sight any polar bears but saw lots of bear tracks.

The radar site is in Polar Bear Provincial Park, where the Rangers visited the abandoned Cree settlement of Lakitusaki on Lake River. The former Hudson’s Bay Company trading post, the church, and several residential buildings remain on the site.

The Rangers cleared a landing site so that a helicopter could deliver extra fuel for their snowmobiles.

They also did a lot of ice fishing. “They caught speckled trout,” said Warrant Officer Wolfe. “They were good. I ate a lot of fish.” The Rangers estimated they caught about 500 fish and preferred the fish and the fresh meat they harvested to army field rations.

On the return trip to Attawapiskat Ranger Brandon Nakogee’s snowmobile went through the ice on a creek but he managed to escape without getting wet. It took the Rangers half an hour to recover his machine.

The patrol travelled on land that is rarely visited so being able to see it and train on it provided valuable experience for Rangers who may be required to respond to an emergency in the area.

“If something happens they will be familiar with the land,” Warrant Office Wolfe said. “They’ve been there and seen it. They’ve learned about the ice conditions, the tides, the winds. It makes it better if you have to go somewhere in an emergency if you’ve been there before and know what you are going to encounter if you are going to rescue someone.”

A second part of the exercise was held near North Caribou Lake where the Rangers concentrated on honing their on the land survival skills. North Caribou Lake, an Oji-Cree settlement, is 480 kilometers north of Thunder Bay.