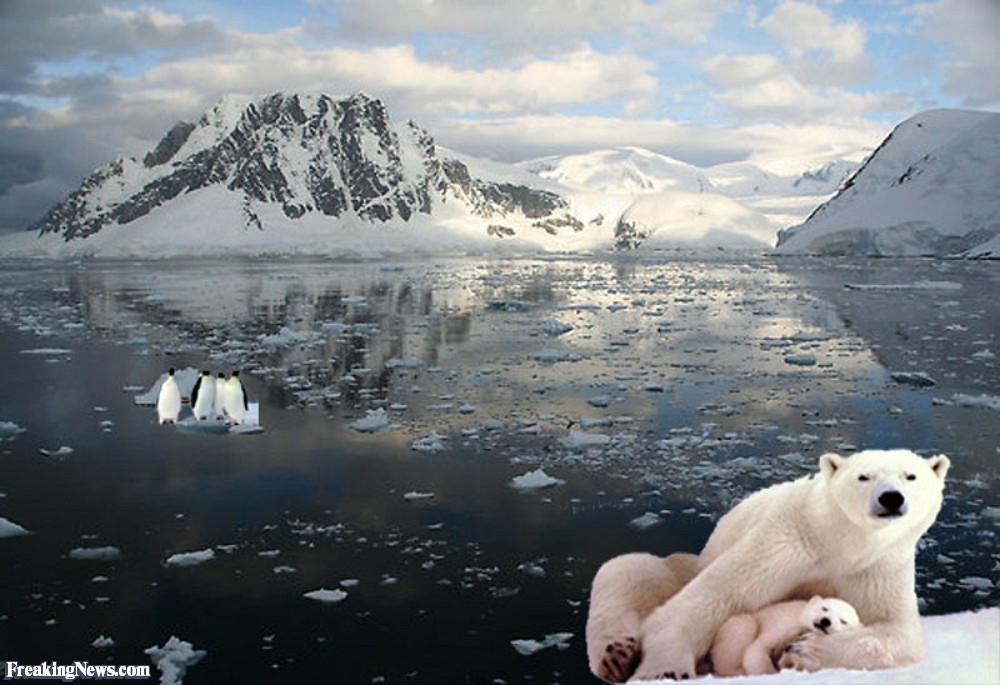 On December 14, 2015, the United Nations Conference on Climate Change was held in the Le Bourget suburb of Paris. Representatives of the Canadian Government were present at the talks, however the fact that there were no representatives of the First Nations peoples was of great concern to Ontario Regional Chief Isadore Day.

Day expressed his concern in a letter sent on November 23rd 2015 to the Prime Minister and Provincial Ministers prior to the meeting.

One of the rapidly accelerating effects of global warming which is impacting on the Northern Communities is that on the road system in his letter Day stated that “ Our Peoples in the North are all too aware that warmer winters have already negatively impacted their livelihoods, many communities depend on winter roads for food and materials. Shorter seasons have resulted in sometimes severe shortages that have only worsened the decades long crisis. There are 31 remote communities in Ontario that will not have ice roads between now and the year 2100.First Nation peoples in the Northern Communities who are the most susceptible to climate change, are already experiencing the adverse effects. Animal migration patterns have adversely affected hunting, while warmer winters have reduced or eliminated ice roads to remote communities “ he said.

While declining to make a formal statement, Sandy Lake Chief Bart Meekis did mention to a Wawatay reporter that the Elders in the remote community are very concerned about it as closures of winter roads means financial loss for them and supplies can’t get in but sofa this has not happened yet how ever awhile back they did have problem , the road was ok but it could not take huge semis and if it was totally closed it could have a drastic affect on the community.

Q. “ On December 18 2015 Ontario Regional Chief Isadore Day in a letter to the Canadian Government after the Paris Talks in which he called upon
“Our Treaty partners the federal and provincial government tasteful now and order a Climate Change Impact Study in the north. We can’t wait any longer. Climate Change has dramatically reduced the length of time winter roads are accessible causing shortages of food, fuel and medical supplies and increasing the need for fly in supplies. This results in higher living costs and potential decreases in quality of life and health.” What are your views on this.

A. Yes, there is a definite need to study the Climate Change impact. However the Chiefs of Ontario does not represent Kitchenuhmaykoosib Inninuwug. KI is an Independent First Nation. The duration of the winter road season is beginning to be of great concern. The higher of price of goods ,materials and supplies due to lack of extended winter roads is affecting the lives of the First Nations people.”

Q. Climate Change will affect the Northern Communities in a big way, can you expand will affect you in Big Trout Lake.

A. “Climate change is affecting the North. Each year, the possibility of winter road being available becomes questionable. Winter road traffic flowing in and out of the remote communities is determined by the thickness of the ice on the lakes and whether rivers or creeks are frozen to make temporary passage. The moral of winter road travellers will be impact. People depend on the road to socialize/visit/interact with other communities, travel out for conferences, the ability to bulk shop etc.

The health of the people is not necessarily affected as transportation is normally by airport. The pattern of animal migration may be changing but this can better be answered by scientists and government. As an individual and present leader, this is my first year living in Big Trout Lake in 39 years. Therefore my first winter road season.

The winter road crew began preparing and started working on the road on Wednesday, January 6, 2016. It is too early to receive an initial report especially where rivers and creek crossings are concerned.”

Q. Have you heard anything from Environmental & Climate change Minister Catherine McKenna or the Provincial Government in relation to discussion on the subject.

A. “Direct contact has not been received by either levels of government. Although, KI was contacted by an organization assisting in a Climate Change conference regionally.”