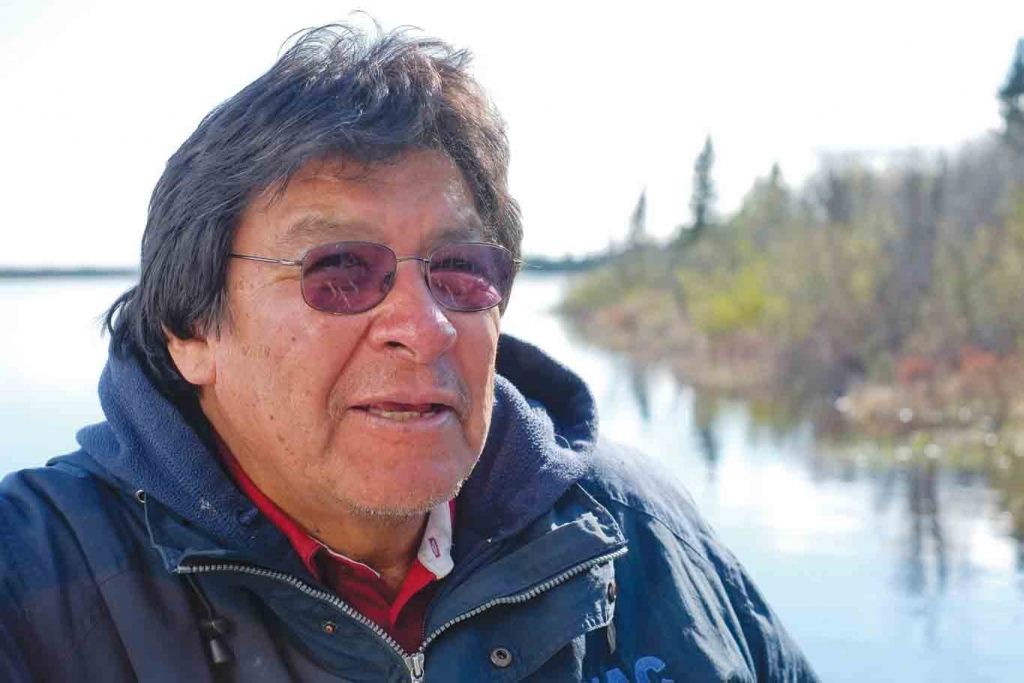 Neskantaga recently issued a call to action to improve living conditions after three youth committed suicide since last summer, including a 16-year-old girl on April 2.
“I have to do something because my people live in poverty, my people are killing themselves, my people don’t have clean drinking water,” said Neskantaga Chief Peter Moonias on April 29.
“I want to make a change for the betterment of the community and the people and the generations to come.”
Neskantaga initially declared a state of emergency in 2013 after seven youth committed suicide and 27 community members attempted suicide over a 12-month period.
Moonias issued the call to action during an April 29 meeting in Toronto, which included Bob Rae, Matawa First Nations chief negotiator for regional strategy negotiations, and Irwin Elman, provincial advocate for children and youth.
“I certainly hope there is going to be something coming out of it because we have high profile people (involved) like Bob Rae that knows about the legislation on the water issue itself,” Moonias said on May 12. “The government will listen to them; that is what I think is going to happen.”
Rae recently posted on his website bobrae.ca that the younger people in Neskantaga have never known what it is like to turn on the tap and drink the water.
“Chief Peter Moonias will be joined by many others in Toronto to bring full attention to this and many other features of life in remote communities in Ontario and across northern Canada: no jobs, poor health, terrible housing conditions, and no real means to address these issues without government leadership,” Rae said in the April 28 post. “As governments announce their willingness to partner with First Nations, the central contradictions persist: First Nations’ governments do not have the means, the money, the revenues, to solve their own problems, and so are left with the perils of dependency. Both Ottawa and Queen’s Park control the purse strings. All revenues flow to the Crown. And the Crown doles out what it wants when it wants.
And so the dependency continues, as does the hardship.”
Former national chief Shawn Atleo said on April 30 that the Assembly of First Nations fully supports Neskantaga’s call for action.
“It was around this same time last year that the community reached out for help in dealing with the tragedies of youth taking their own lives and to address critical community needs,” Atleo said. “I echo the words of Chief Moonias who says that they have lost too many lives already and there needs to be more awareness about the situation of First Nations in a country as rich as Canada. I stand with all the citizens of Neskantaga in solidarity in their efforts to protect their youth. We need immediate action to address the crisis in the community and as a society we need to take a hard look at the root causes of these problems and work together to create lasting solutions.”
Neskantaga, located about 430 kilometres northeast of Thunder Bay on Attawapiskat Lake, suffers from a housing crisis, mould in most family homes, a high unemployment rate, an almost 20-year boil water advisory, limited access to affordable and nutritious food, lack of adequate health and mental health services, youth required to leave the community to attend high school and high rates of prescription drug abuse.