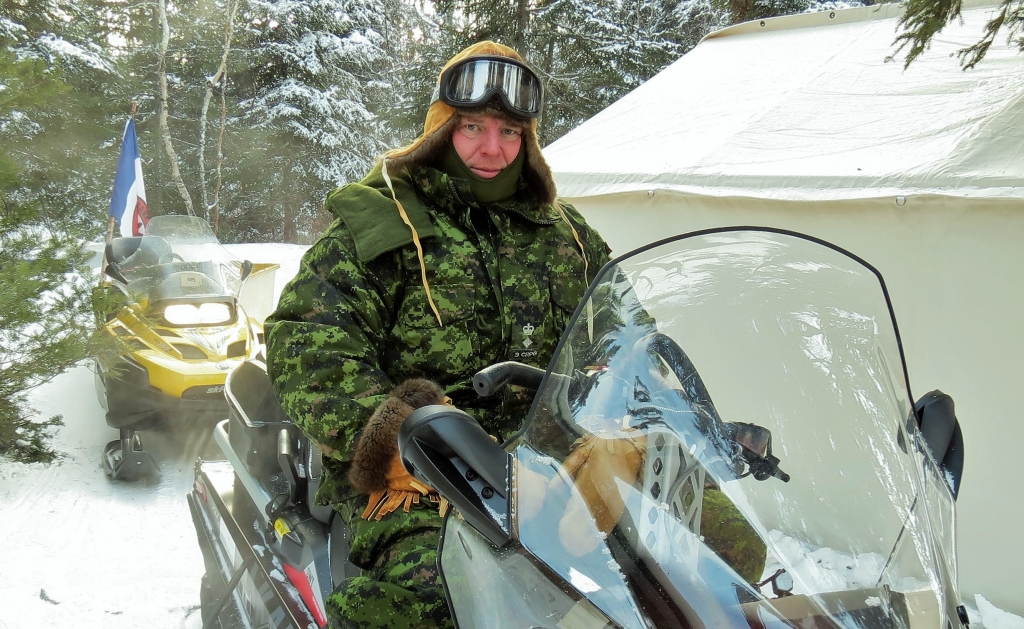 Canadian Rangers have completed a successful search for a stranded snowmobiler whose machine broke down near the Hudson Bay coast during a severe cold weather alert.

“It was pretty cold,” said Master Corporal Mike Koostachin of Peawanuck. ”When we found him I think it must have been 45 to 50 below with the wind chill.”

The Ontario Provincial Police asked the Canadian Army for assistance when Marcel Metawabin failed to show up at his home in Peawanuck after leaving Fort Severn by snowmobile for what should have been a trip of about nine hours.

The army authorized Rangers, who are part-time reservists, to begin a search for Mr. Metatawabin. Command posts were set up in Peawanuck and Fort Severn and Rangers set out from the two isolated Cree communities on snowmobiles to look for the overdue traveller.

Because Enviroment Canada had issued a severe cold weather alert the Royal Canadian Air Force placed a Hercules aircraft on standby to join the search and the OPP had a search team and medic ready to join it by helicopter.

But the Ranger search team from Peawanuck found Mr. Metatawabin after a search of several hours stranded half way between Fort Severn and Peawanuck. “I was trying to fix my machine after it had broken down for a third time when they turned up,” Mr. Metatawabin said. “I wasn’t worried, I had my tent, food, and a stove if necessary, and I knew the Rangers would start looking for me after I had been out for something like 36 hours. You know you can depend on them to come and find you.”

The Rangers lit a fire and prepared a small hot meal to warm everyone up before taking Mr. Metatawabin to the nursing station in Peawanuck where he was examined and released unharmed. His machine was left where it had broken down.

“Once again the Rangers did a great job,” said Lieutenant-Colonel Matthew Richardson, commanding officer of the 3rd Canadian Ranger Patrol Group. “Where we have Rangers in 24 First Nations across the Far North of Ontario we try to be a vital community asset. And this is another example of us being just that. The Rangers went out in severe and potentially dangerous conditions and saved another life.

“Because of the trained efforts of a few Rangers the RCAF’s Hercules and the OPP with their helicopter did not have to join the search. In addition to saving a life the Rangers saved the tax payers a lot of dollars.”