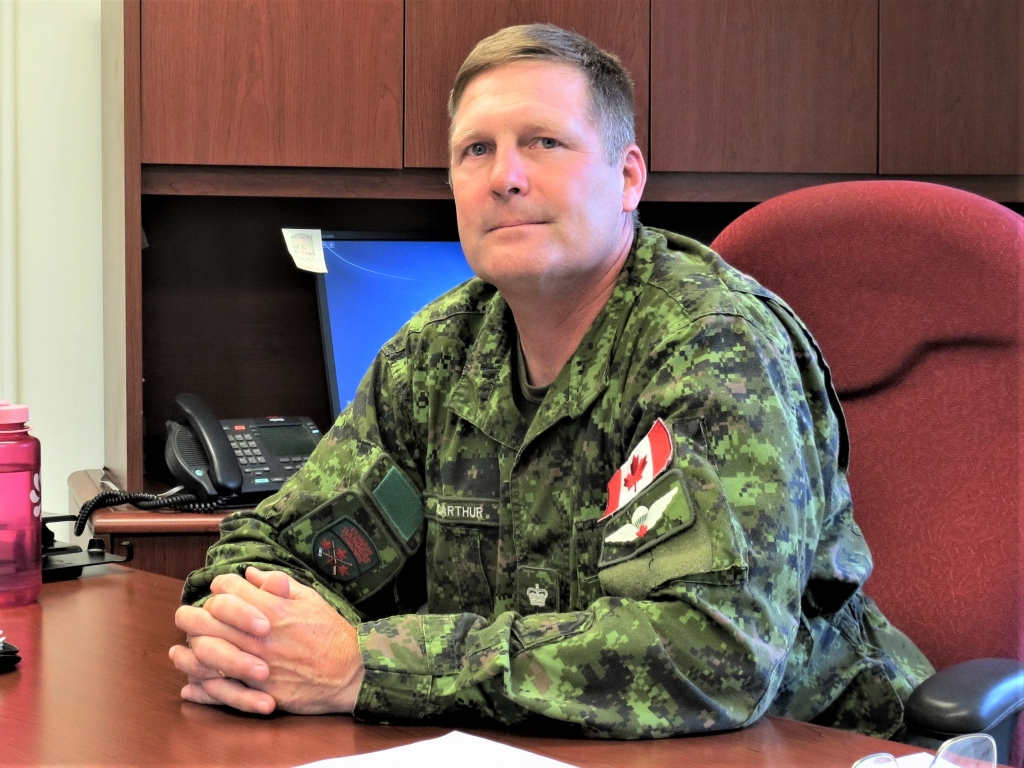 More than 100 Canadian Rangers have been placed on active duty in 30 First Nations across the Far North of Ontario as part of the Canadian Armed Forces initial response to the COVID-19 pandemic.

Another 45 Rangers are ready to go on active duty if they are needed and others are expected to volunteer if required.

“The Rangers are the Canadian Armed Forces’ initial response capability to the virus in Northern Ontario,” said Lieutenant-Colonel Shane McArthur, the commanding officer of 3rd Canadian Ranger Patrol Group (3CRPG), which commands almost 600 Rangers in 30 First Nation communities. “They are prepared, on order, to perform tasks under Operation Laser (the military response to the pandemic) and their traditional tasks.”

There is currently only one confirmed case of COVID-19 in a remote Northern Ontario First Nation. But there are concerns the virus will spread. The single victim so far arrived in Eabametoong First Nation by air.

The Rangers on active duty will continue with their traditional tasks, such as search and rescue missions and being ready to assist in evacuations created by spring floods and forest fires, and other emergencies.

If Rangers are needed in remote First Nations that do not have a local Ranger patrol they will be aided, if required, by specially formed Ranger Go Teams, made up of Ranger volunteers who will fly into the afflicted communities.

The Rangers have limited but adequate personal protection equipment such as gloves and masks. Additional equipment is on its way to them. Like all members of the Canadian Armed Forces they will follow federal health guidelines, such as social distancing and hand washing, to prevent the the spread of the virus.
“I’m very confident that regardless of what happens, however it unfolds, the Rangers will do what we ask of them,” Colonel McArthur said. “I know they will work together with their chiefs and councils to achieve the best response, regardless.

“The bottom line is that the Rangers are available to provide support to their communities in one way or another and they will work very hard to achieve their approved tasks. And that is a given.

“I am very comfortable in knowing that if Canadians need them they will make a positive difference in their communities.”

The highly visible presence of the Rangers in their distinctive and traditional red hoodies will be a reassuring sight for people in their communities, he said.

The Rangers have an outstanding record of assisting the Indigenous peoples of the Far North of Northern Ontario. Last year they received a Canadian Armed Forces Unit Commendation, a rarely awarded military honour, in recognition of their response to a range of life threatening emergencies..

Their work is supported by the administrative and training staff at 3CRPG’s headquarters at Canadian Force Base Borden. “We’ve been working steadily, seven days a week, for the past several weeks on options, plans, and considerations to be able to respond to the different scenarios the Rangers might face in this situation,” Colonel McArthur said. “I am confident they will do their usual great job.”

(Sergeant Peter Moon is the public affairs ranger for 3CRPG at CFB Borden.)