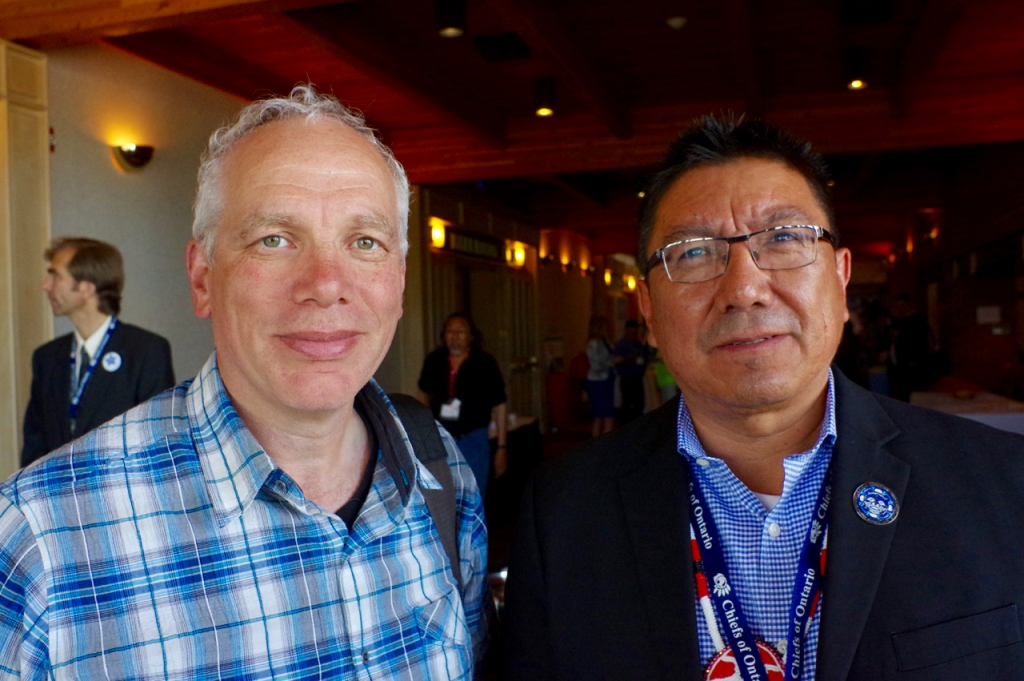 Nishnawbe Aski Nation is calling for the federal and provincial governments to begin a process for the immediate implementation of the 145 recommendations from the Seven Youth Inquest.

“The challenge we have now is to reach out to all the parties that were involved in this inquest, including the governments of Ontario and Canada, to work with us, to work with the families on developing a course of action that will begin to fully implement all of these recommendations,” Fiddler says. “The leadership from across Ontario (at the 42nd Annual All-Ontario Chiefs Conference in Thunder Bay) stood up to indicate their support for the motion calling for implementation of all the recommendations. And they showed that support in front of the families that were here.”

The Seven Youth Inquest examined the deaths of Kasabonika’s Jethro Anderson in 2000, Pikangikum’s Curran Strang in 2005, Mishkeegogamang’s Paul Panacheese in 2006, Keewaywin’s Robyn Harper in 2007, Poplar Hill’s Reggie Bushie in 2007, Keewaywin’s Kyle Morrisseau in 2009 and Webequie’s Jordan Wabasse in 2011. The seven students died while attending high school in Thunder Bay, far away from their families and First Nation communities.

“Today is a momentous day, 145 recommendations that would basically create a sea change in how we educate and care for our Aboriginal youth,” says Julian Falconer, NAN’s lawyer. “I also think the verdicts are undetermined in respect of three of the deaths. Whether it’s Jethro Anderson, Kyle Morrisseau or Jordan Wabasse, in all three cases we have to face the tragic reality that we can’t rule out that these kids were killed deliberately. That is a sad truth and I think that dialogue has to happen in this city.”

The Seven Youth Inquest jury delivered the 145 recommendations, which are directed at improving accountability, safety and education outcomes for all NAN students, on June 28 at the Thunder Bay Courthouse.

“These recommendations will inform the relationship between First Nation families and municipalities in not only Thunder Bay but across the province,” says Regional Chief Isadore Day. “The findings are crucial to understanding the underlying issues that our youth are faced with when attending school in urban centres. One of the key recommendations is the importance of maintaining culture and familial ties which is the same recommendation that we heard in the Truth and Reconciliation Commission’s Calls To Action.”

The recommendations include funding by the federal government for preschool, elementary and secondary schools in all NAN First Nation communities; an assessment to identify education gaps and the creation of a First Nations working group in Thunder Bay to assess the current status of NAN students; a federal advocate to monitor government progress towards equity in education outcomes for First Nation youth; construction of a student residence at Dennis Franklin Cromarty High School beginning April 1, 2017; and infrastructure funding by Indigenous and Northern Affairs Canada to provide clean drinkable water, adequate and sustainable housing in NAN First Nations.

“The families believe that the recommendations that the jury has made must be implemented to prevent future similar deaths and so that other families do not have to endure the loss of children like Jethro, Paul, Curran, Robyn, Reggie, Kyle and Jordan,” says Christa Big Canoe, legal advocacy director at Aboriginal Legal Services and one of the lawyers for six of the families. “The memory of these youth will live on in the hearts of each of their families but it is hoped that their legacy, following this inquest, will be lasting change that makes Thunder Bay safer for First Nation students and improves access to better education for First Nation youth.”

Rebecca Mandamin, a member of the Ontario First Nations Young Peoples Council and Shoal Lake #39 citizen, acknowledged the chiefs for discussing the Seven Youth Inquest during the All-Ontario Chiefs Conference.

“I have to leave home to go to high school because we don’t have the resources or the facilities to go to high school on our reserve so I know what it is like going into an urban centre and feeling out of place and not having any cultural supports,” Mandamin says. “That can result is some really terrible things, and in this case it resulted in the deaths of our beautiful young people. It’s extremely important that our young people are safe and they feel safe when they go to these urban centres to go to school because we need more young people educated.”

The Ontario First Nations Young Peoples Council (OFNYPC) participated in the Seven Youth Inquest and worked closely with Nishnawbe Aski Nation, representatives for the families of the seven youth and other parties.

“The government has neglected on-reserve education for decades and so students leave the reserve unprepared and vulnerable – it is so unfair,” says Quinn Meawasige, another member of the OFNYPC. “As outlined in article 14 of the UNDRIP (United Nations Declaration on the Rights of Indigenous Peoples), First Nations youth deserve opportunities to all levels of education without any discrimination from the state. First Nations youth deserve the same opportunities as other Canadian children.”

Ontario New Democratic Party Indigenous Affairs Critic France Gélinas says no family should ever have to experience the trauma of losing a loved one in such tragic circumstances.

“Each and every Indigenous youth on all traditional territories, and in every corner of the province, has an equal right to access quality education and a safe learning environment,” Gélinas says. “After years of waiting for a public inquest, families finally have some answers, but not all. Today’s findings shows us that families were right in pressing this government for an inquest to find out what happened to their children. There are still many questions that have been left unanswered, and we will continue to support families who are looking for answers. It is the least that any parent, any family, that has been through a tragedy like this deserves.”